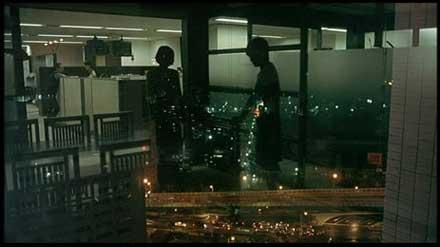 The Exile Cinema of Edward Yang 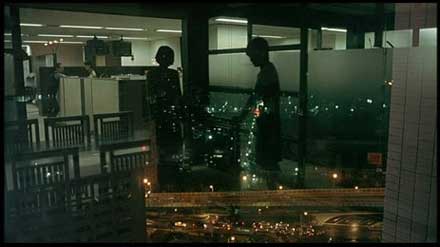 
Of the blows cinema suffered in 2007, a year when it lost Michelangelo Antonioni and Ingmar Bergman, perhaps none hurt me more than the sudden passing of Edward Yang at the age of 59. After receiving his first-ever full U.S. release with the roundly praised and awarded Yi Yi (aka A One and a Two) in 2000, at the time of his death Yang had yet to produce a follow-up.

Yang was actually based in Los Angeles for a long time and is even buried here. Though born on mainland China, Yang's life was split between Taiwan and the U.S.; his time here increased as he grew disillusioned with the film industry in his homeland. Though all of his works are rooted in the specificity of Taipei's perpetual urban reinvention, he eventually returns to the city of his youth as if from exile. I hear that Yi Yi has not been released there to this day.

Yang's parents remain in Seattle, where he studied to be an engineer and, anecdote has it, was initiated to the pleasure dome of cinema through the epic atmospherics of Aguirre, the Wrath of God. Yang's own films (he made seven features) are set amidst an equally dynamic environment, though high-rise-crowded vistas and poured concrete panoramas replace Herzog's tropical luxuriance.

It's no surprise that Gao Wendong's new film Sweet Food City pays tribute to Yang. Set in an unvaryingly decrepit complex that encompasses cramped flats and ramshackle storefronts, it's a picture-perfect microcosm for the megalopolises that Yang saw on the horizon.

I'm pleased we're paying tribute at LACMA to this under-screened and increasingly prescient filmmaker, whom the world lost far too early.