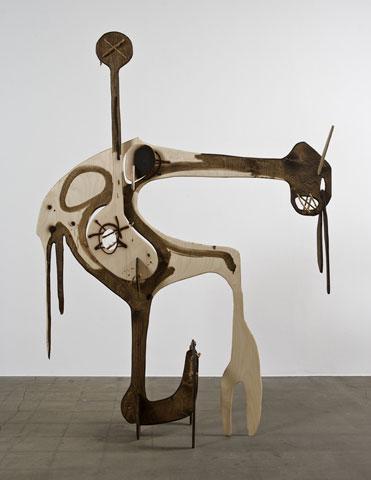 I'm often asked how it is that certain works of art come to be in LACMA's collection. In the case of objects acquired through our Art Here and Now (AHAN) program to support acquisitions by emerging Los Angeles-area artists, there is a very particular—and interesting, and fun—process, with pretty wonderful results. But first, a bit about the interesting back story to AHAN...

From 1963 through 1986, AHAN's predecessor, known as LACMA's New or Young Talent Award and funded by our Modern and Contemporary Art Council (MCAC), offered a stipend based on the average cost of a year's rent for a studio—originally set at $1,200—as a way to keep artists in L.A. at a time when they all too often moved to New York to further their careers. Since 1986, AHAN has been an ongoing and heftier acquisitions program in a city that no longer needs to fight to keep its artist population but still wants to support its resident artists.

This year, seven members of LACMA's MCAC served on a committee that met with us (us being curators in our modern and contemporary art departments). Together, we discussed twenty-two Los Angeles-based artists early in their careers whose work is of interest to the museum; most were proposed by the curators but a few were put forth by committee members. Out of the twenty-two, we selected nine for studio visits.

Further discussion, again among all the curators and the full committee, followed these visits. While all of the artists are, by definition, early in their careers, any work the museum acquires needs to hold up in the context of our entire permanent collection. Which artists do we think have staying power? Who feels as if he or she has arrived at a mature vocabulary rather than still being in search of a voice? At the end of a lively interchange of ideas and the consideration of work by many strong artists, the group chose Aaron Curry as the one whose work will be purchased for LACMA's collection this year with funding from the council's AHAN program. 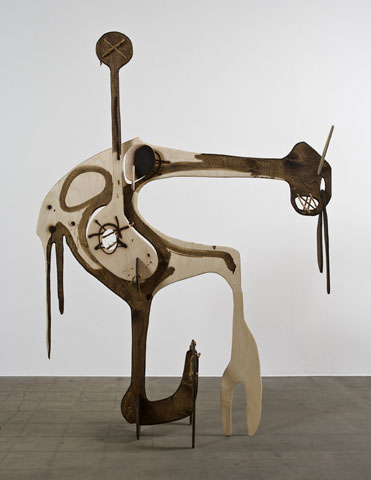 Curry is a sculptor whose work also incorporates two-dimensional, wall-bound elements. His art is informed by a wide variety of sources ranging from European modernism (including Pablo Picasso and Joan Miró) and mid-century American sculpture (Isamu Noguchi and David Smith in particular) to pop music and contemporary graphic design. LACMA's curators will select a piece from Curry's next body of work (slated to be completed in late summer) for the museum's collection.

Over the past forty-six years, the work of eighty-nine emerging Los Angeles-based artists, many of whom have gone on to critical acclaim, has been acquired through the YTA/AHAN program. You can read the full list after the jump.