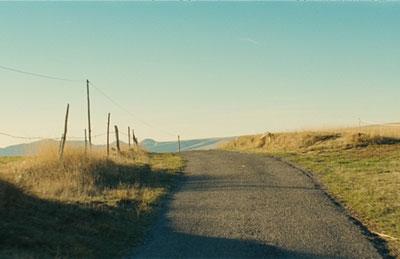 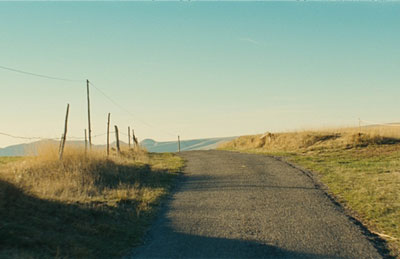 Amid the rapid gunfire and spilled blood at this year's City of Lights/City of Angels (COLCOA) festival of new French cinema, curiously foreshadowing the "bloody Cannes" to come this May, there was at least one oasis of natural light and earthy allure. Raymond Depardon's La vie moderne is titled with more than a pinch of irony. These craggy farmers and other last remaining inhabitants of hillside hamlets are worlds removed from loudmouth Mesrine or the perplexingly damaged Girl on the RER, Parisian public enemies both. A photojournalist first (he joined Magnum in 1978), Depardon has been making feature films, mostly documentaries, for the past few decades. Here, he fills the CinemaScope screen with images equally vast and intimate. Though switching between so-called "talking head" shots and landscape-based "inserts," Depardon's film has an unfussy pictorial elegance that's belied by such tech-speak. Always at the kitchen table, he joins the Challayes for black coffee and butter cookies or just watches as Paul Argaud absent-mindedly smokes before a funeral mass warping like some alien frequency on his black-and-white TV set. More than scenes or interviews, these are instants of present-tense observance, edited together with the generous pacing of a memory.

La vie moderne concludes Depardon's decades-long trilogy tracking the denizens of rural France that offers an entirely unromantic yet lyrical view of agrarian life, with a chunky Occitan accent and obsolescence looming on the horizon. The film's first and final shots complete a diurnal cycle, floating into and out of the valley where the eighty-some-year-old brothers Privat and their nephew's family live somewhat inimically. Though it's a simple enough device, a car-mounted camera gliding over country roads lit by the endless summer sunset, with echoes of Kiarostami's itinerant drivers and the ruggedly calligraphic terrain they steer through, this winding forward and backward mainly recalls an unspooling film reel and both cinema's fragile promise of return and life's inevitable voiding of it.