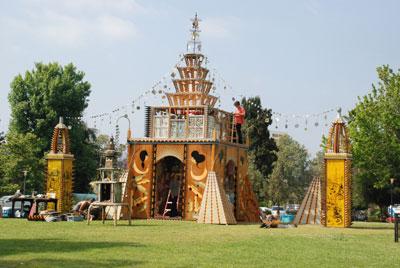 As part of this weekend’s ArtWalk 2009 in the Miracle Mile, Goldenvoice (of Coachella Art & Music Festival fame) is transforming the La Brea Tarpits into a temporary “art wonderland.” Here’s a preview of just some of the large-scale installations you’ll find... 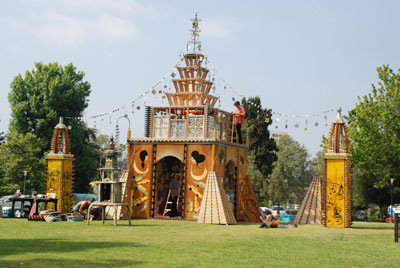 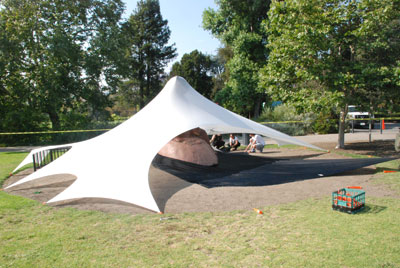 Sonik Mercury and his crew recreate the Ice Age by wrapping the park’s trees and statues in white lycra to be lit from the inside. 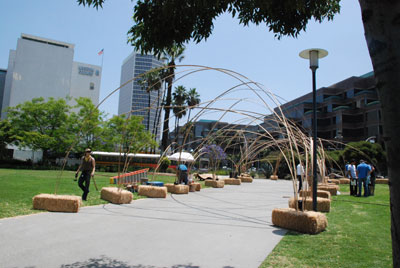 Gerard Minakawa and friends use the bamboo plant to fashion the Bamboo Archway, making for a uniquely fascinating way to enter the park. 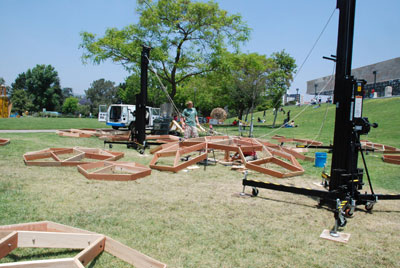 Dustin Feider constructs a 20 foot geodesic dome that will one day be transformed into one of his sustainable treehouses.