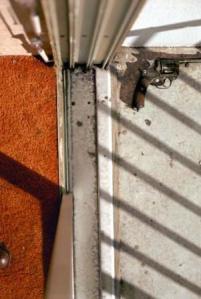 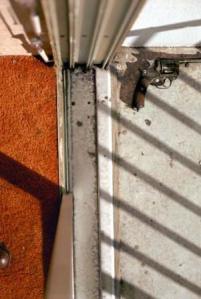 Built in 1939, the old May Company department store, later turned LACMA staff offices, had a tearoom/restaurant on the fifth floor. The tearoom was a place where local women would come and play card games. In 1989, a Culver City woman was playing cards with her friends when her estranged husband walked up, pulled out a gun, and shot her; eventually turning the gun on himself. It was reported by one of the tearoom employees that these women were so serious about their game that, although there were two bodies lying on the floor, they pleaded with police officers to let them past the crime scene tape to continue their game.

I had heard rumors of a ghost that haunts LACMA West at night, but this was before I knew this story... Guards and employees have reported having apparitional experiences that range from sightings of both a man and a woman, to strange noises, to the feeling of a supernatural presence and the feeling of someone/something breathing down their necks. All of these occurred when no one else was on the floor or even in the building.

Back in June I had our building supervisor take me on a tour of LACMA West. He has worked here for over eighteen years and patrols this building, top to bottom, daily. When I asked him to tell me about the ghost, all he said was "I don't want to talk about it…"