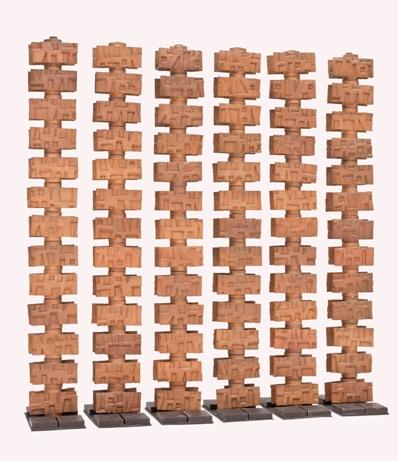 The Decorative Arts and Design Department has been working for the last four and a half years on California Design 1930–1965: “Living in a Modern Way”, a comprehensive exhibition about modern California design that will open this October as part of Pacific Standard Time. With over 350 objects, this is an ambitious and thoroughly researched exhibition. We have traveled around the state and the country, met many designers and craftspeople, and visited dozens of museums, libraries, and archives. However, there are a few details that have eluded us, and we thought that you, worldly and knowledgeable readers of Unframed, might help us answer some vexing questions. If you have answers or leads to information, please post them in the comments below.

Mystery #1: The Case of Cressey’s Columns 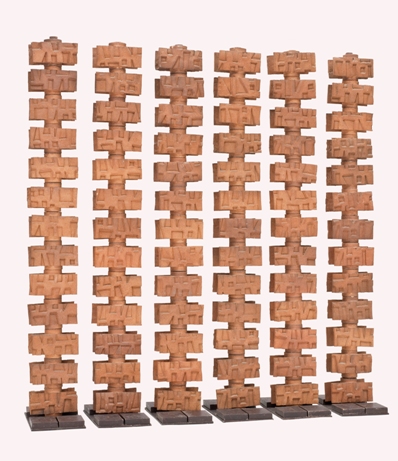 LACMA recently acquired six monumental and magnificent columns made by David Cressey for the company Architectural Pottery. Cressey studied ceramics in the 1950s with legends Vivika Heino at USC and Laura Andreson at UCLA. In the early 1960s he joined the firm Architectural Pottery as its first artist-in-residence and the designer of its Pro/Artisan collection, a group of cast ceramic planters, sculptures, and architectural elements made of textured stoneware.

Each column was made of individuals “glyphs.” The glyphs could be arranged in any configuration—from a low barrier of three glyphs high to a towering thirteen-glyph wall like this one. We know that the Cressey columns in LACMA’s collection came from a state government office building on P Street in Sacramento nicknamed the “Brown Towers” because they were built under the tenure of governor Edmund Gerald “Pat” Brown, who served from 1959–1967. But we don’t know exactly which building it was. If you remember seeing these columns in a Sacramento office building, let us know the name, address, or government agency that occupied that building.

Mystery # 2: The Case of the Table that Won’t Talk 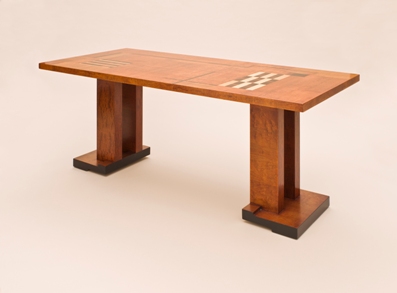 We recently acquired a stunning inlaid table designed by German émigré designer Jock Peters for the interior of the Bullock’s Wilshire department store, which opened in 1929. The table was located in the sportswear department of Bullock’s Wilshire, near the famous Gjura Stojano “Spirit of Sports” mural. 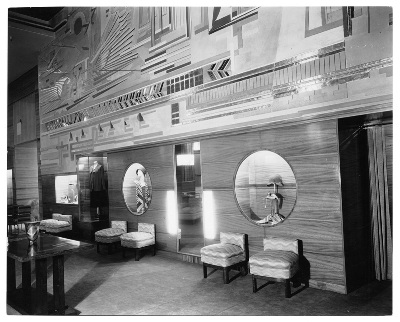 The early history of this table is well-documented, as it stood in Bullock’s Wilshire for decades, witness to the comings and goings of starlets and society matrons. But what we don’t know is the table’s more recent history. In the early 1990s, this table and many other furnishings were dispersed at auction. (However, the interiors have been preserved and the building is now the library of Southwestern Law School. It is no longer open to the public, but one day a year you can take a tour and have tea there.) If you remember this historic auction, and know when or where it happened, or if you have the sale catalogue, let us know!

Mystery #3: The Case of the Curious Clockmakers 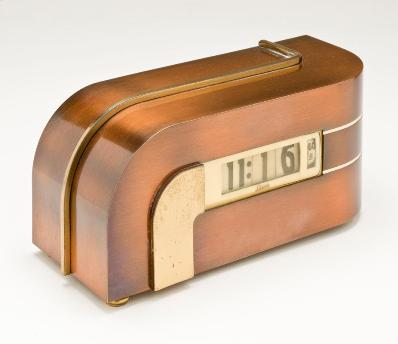 This streamlined Art Deco Zephyr clock has long been attributed to German émigré architect and industrial designer Kem Weber, who came to California in 1914 and was responsible for such important buildings as the 1939 Walt Disney Studios complex in Burbank and many models of custom and mass-produced furniture.

This clock was presumably attributed to Weber because he designed other models for the Lawson Time Company and because he owned a clock like this one. However, a Lawson Time brochure turned up on eBay several years ago that attributes the design of all the clocks (including the Zephyr) to a previously unknown firm called Ferher and Adomatis. Searches in city directories and the Los Angeles Times have not turned up any information about this mysterious firm. If you know anything about the Lawson Time Company or Ferher and Adomatis, let us know!