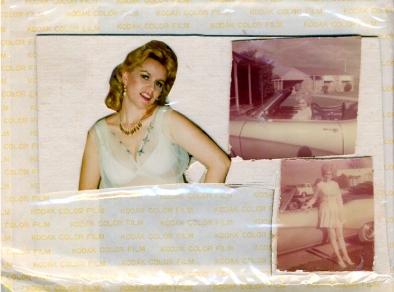 Artists Mel Edwards, Chris Burden, Mary Corse, Tim Hawkinson, Pae White, Mark Bradford, and Elliott Hundley have more in common than you might think. Once upon a time, as emerging artists, they were all recognized by LACMA as Art Here and Now (AHAN) artists (or by the Young Talent Award program that preceded AHAN). Funded through the Modern and Contemporary Art Council (MCAC) at LACMA, this program has supported local emerging artists since 1963. At first in the form of the New or Young Talent Award, a purchase award based on the cost of a year’s rent for a studio in Venice, it was renamed Art Here and Now in 1986. (You can see a full list of past AHAN artists in this previous Unframed post.)

Spring 2011 marked the inauguration of Art Here and Now: Studio Forum. The program retains its studio visit format: AHAN members accompany the Modern and Contemporary Art curators to the studios of a handful of selected emerging artists, resulting in a commitment to acquire work by one or more of them. Now, through the generosity of the AHAN: Studio Forum members, an increase in acquisition funds allows the curators to acquire more work for the permanent collection. This past spring the AHAN: Studio Forum members and the curators visited nine artists’ studios over two intensive days. The group reconvened for a lively and focused discussion about the artists, their practices, and the collection in order to pinpoint the most critical directions for LACMA’s acquisitions at this particular moment.

We are thrilled to announce the 2011 AHAN artists: Zoe Crosher and Mark Flores. 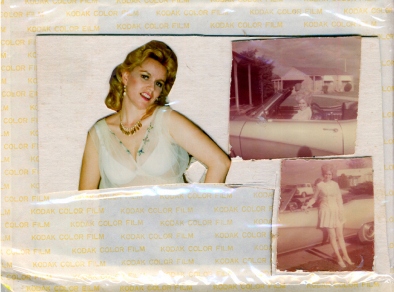 
Zoe Crosher, Tilt of her Head, Over Analog Time (detail), 2011, set of 9 works in a unique grouping from the Michelle duBois series, purchased with funds provided by AHAN: Studio Forum, 2011 Art Here and Now Purchase

Born in Santa Rosa, CA in 1975, Zoe Crosher lives and works in Los Angeles. She completed her MFA at CalArts in the Photography and Integrated Media Programs in 2001, and has exhibited at LAXART and Margo Leavin Gallery (2010) and Las Cienegas Projects (2011), and was included in the 2010 California Biennial at the Orange County Museum of Art. Playing with fictional documentary, the fantasy of expectation and the false promise of travel, an obsession with transience, and the reconsidered archive, her work has been shown internationally in Vancouver, Rotterdam, and New York City as well as in Los Angeles.

Crosher’s The Reconsidered Archive of Michelle duBois clusters tourist, performative, and posed images shot in post-WWII Pacific Rim cities from the late 1960s to the 1990s by Michelle duBois, a woman who photographed herself over three decades, later reconfigured by Crosher. As critic Andrew Bernadini playfully writes, “Zoe Crosher has got lost in the archive,” which consists of hundreds of expressive, iconic “Cindy Shermanesque” originals. For LACMA, Crosher has created a unique grouping of nine Michelle duBois images. The title, Tilt of her Head, over Analog Time (from the Disbanding of Michelle duBois), describes the repeated pose in the images, and depicts duBois roughly from her twenties through her fifties. 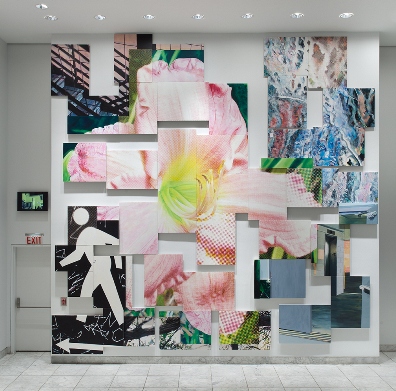 Mark Flores, born in Ventura in 1970, studied at the California Institute for the Arts where he received his Masters of Fine Art in 2002. His work has been included in various group exhibitions at the Museum of Contemporary Art, Chicago, and the Orange County Museum of Art among other venues. See This Through is based on images from digital photographs taken by the artist on various lengthy walks across Sunset Boulevard, stretching from downtown Los Angeles to Santa Monica. On these journeys, the artist photographed natural phenomena as well as locations linked to media culture (e.g. the Beverly Hills bathroom where pop singer George Michael was arrested for a “lewd act”) and memorials (e.g. the spot where photographer Helmut Newton died). The multiple panels that comprise See This Through literally mobilize the viewing experience horizontally and vertically, recreating the experience of moving through space and zooming in on objects and incidents.

These panels were first developed as part of a larger body of work, comprised of ninety-nine paintings, one drawing, and a slide show of digital photographic source images. All four sets of See This Through were exhibited as one lobby installation at the Hammer Museum as part of the Hammer Projects in the spring of 2011. Flores’ talents as a painter are displayed through various formal techniques, among them photorealist, washy abstract extrapolations of imagery, as well as a number that the artist refers to as “halftone paintings.” In the latter, Flores layers and dries colors from the CMYK (cyan, magenta, yellow, and key black) spectrum to create the illusion of the half-tone printing process.