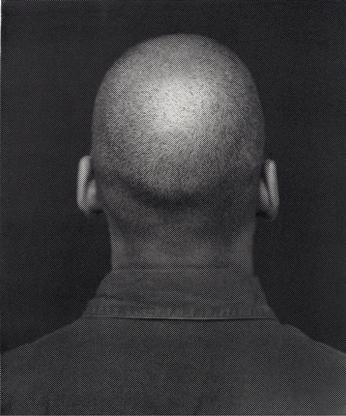 Glenn Ligon: AMERICA opens to the public on Sunday—and is on view now for members. In anticipation of the opening, we asked the artist a few questions about his first major retrospective. 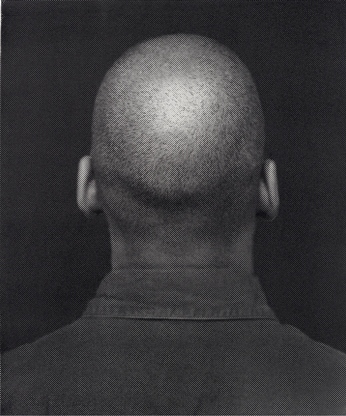 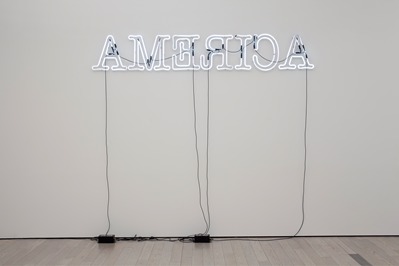 Early in your career, paint on canvas was your medium. What inspired you to eventually move into other mediums, including photography, drawings, sculpture, and neon?
I chose to work in other mediums because they allowed me to more succinctly address the issues I was grappling with in the work. For instance, the piece Notes on the Margin of the Black Book started as a drawing project but I quickly realized that if I was going to comment on Robert Mapplethorpe’s photographs it made more sense to use the actual images than to recreate them. 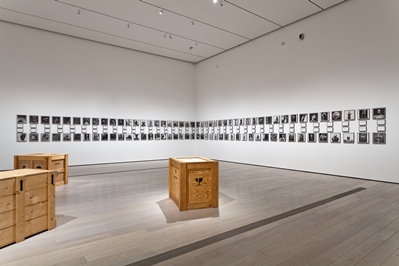 Notes on the Margin of the Black Book is a reflection on the cultural debates surrounding Robert Mapplethorpe at the time. What was it about Mapplethorpe, or the greater debate, that compelled you to do that piece?
The debates around those photos were a snapshot of larger debates going on in the culture about representation, sexuality, censorship, the role of art in the culture, etc. The piece was an attempt to broaden the range of reference in my work.

How does it feel, thirty years into your career, to see so much of your work presented in whole? To see your works from the 1980s juxtaposed against more recent works?
Retrospectives are a good way to see what you have done and what you still have to do. It is a fantastic opportunity to see things I have not seen in years.