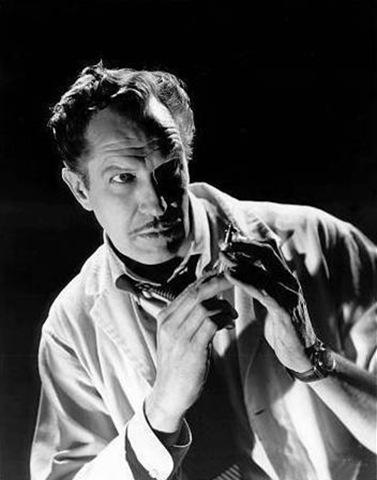 During the closing weekend of the Tim Burton exhibition, we are also celebrating the centenary of Vincent Price. This is an appropriate pairing because Price was one of Burton’s heroes from an early age. “Vincent Price was somebody I could identify with,” Burton has said. “When you’re younger, things look bigger, you find your own mythology, you find what psychologically connects to you. And those movies, just the poetry of them, and this larger-than-life character who goes through a lot of torment—mostly imagined—just spoke to me.” In 1982, Burton made the five-minute film Vincent (on view now in the exhibition) for Disney, in collaboration with animators Rick Heinrichs and Steven Chiodo. Brought to life by stop-motion animation, a young boy dreams of being Vincent Price, his consciousness shifting between his suburban reality and a fantasy world. To Burton’s amazement, Price himself agreed to do the voiceover for Vincent, which Burton recalls as being “probably one of the most shaping experiences of my life.” Price later provided the introduction to Burton’s next Disney project, Hansel and Gretel (1983). 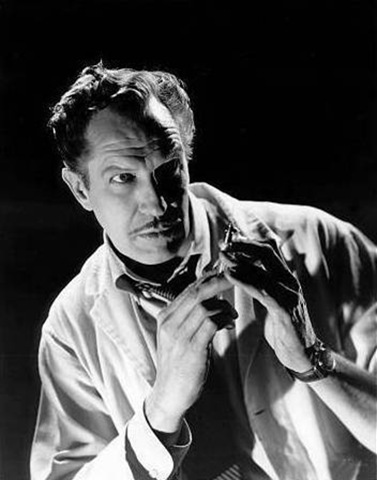 Price’s last screen appearance before his death on October 25, 1993, at the age of eighty-two, was in Burton’s now-classic Edward Scissorhands (1990). Price plays Edward’s inventor-father, a role that paralleled Burton’s own feelings about Price as a mentor. At the time of Price’s death, Burton had been working on a documentary about his idol. Although that project was never realized, Burton remains grateful today that he had a chance to get to know this generous man who had such an impact on his approach to filmmaking.

Unlike Burton, who had a suburban upbringing, Price came from a wealthy family (his grandfather invented the first cream of tartar baking powder). However, Price chose to pursue the arts rather than business. Before succumbing to the allure of the stage, he studied art and art history at Yale University and the Courtauld Institute of Art in London. Throughout his life, Price not only appreciated and collected art, but he also often encouraged others to do the same by donating from his own personal collection. In 1951, Price donated artwork to East Los Angeles College, and the initial donation grew into the Vincent and Mary Grant Price Gallery by 1957. Today, the gallery has become the Vincent Price Art Museum and is the first institutional art space to serve East Los Angeles.  Price didn’t shy away from peddling art to the masses—he was the spokesman for Sears Roebuck and its “Vincent Price Collection of Fine Art” during the 1960s. LACMA was another fortunate beneficiary of Price’s generosity in 1986, having received a gift of ten drawings from Price and his wife, Mary’s, collection. One stand-out piece from this gift is a drawing entitled Derby Day, by the important nineteenth-century French draftsman Gustave Doré. With its dynamic line and boisterous energy, the drawing could almost be a storyboard for a film starring Vincent Price or one directed by Tim Burton. 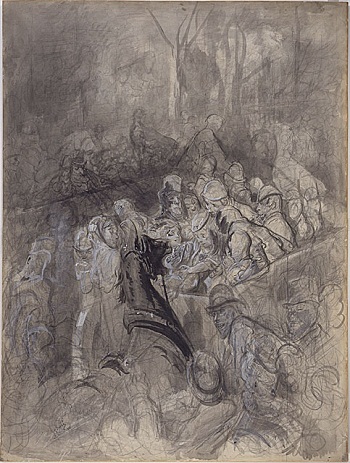 The Tim Burton exhibition will no doubt inspire many young artists. Our upcoming “Price-a-Thon 100” film series is a great opportunity to gain insight into how Burton himself found inspiration in Vincent Price.