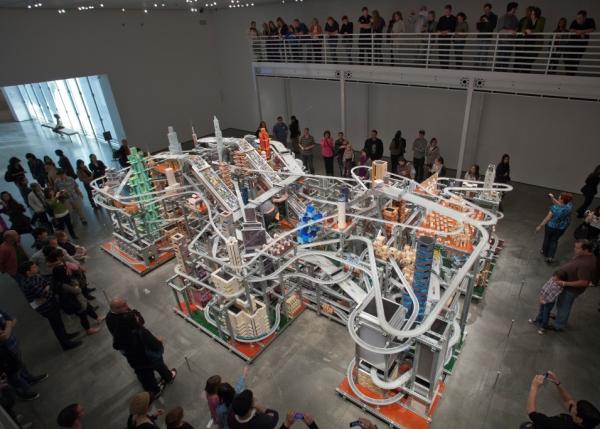 Ever since the first word about Chris Burden’s piece Metropolis II started making its way through the halls of LACMA’s offices, there has been excitement among the staff. Even before we saw the initial images that came to us from the artist’s studio, we were all making up what it would look like in our heads. But we couldn’t have imagined how awesome this complex kinetic sculpture would be.

The first glimpse I caught of the piece was in the truly beautiful short documentary made by Catfish’s Henry Joost and Ariel Schulman. The pair spent three days with Chris Burden at his studio filming the sculpture before it was disassembled and moved to LACMA.

We had two unannounced preview days for Metropolis II in December for testing purposes. Staff and visitors alike stood around in awe. 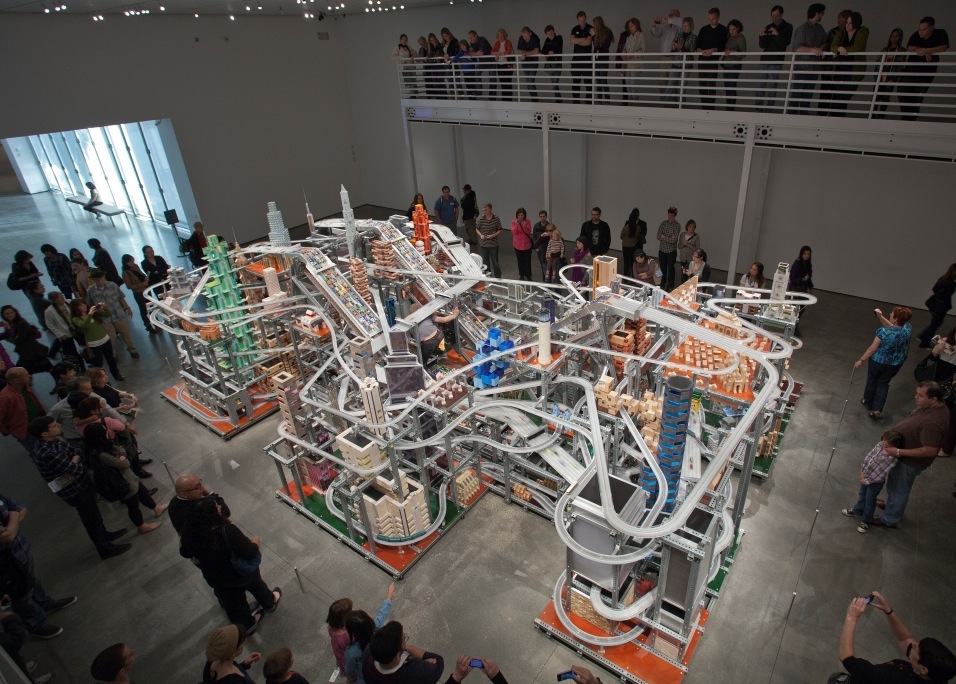 Here are a few stats on the piece:

Metropolis II opens to the public this Saturday, January 14. It runs at scheduled times, so check this page for when it will be running. Member previews start Thursday.