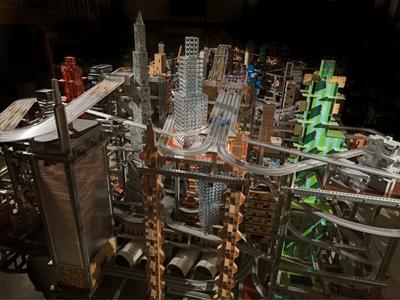 The wait is finally over for Chris Burden’s Metropolis II—the mesmerizing sculpture opens to the public this Saturday (and members can get an early jump this evening). Because the work requires an operator to be on hand and focused on the work at all times, Metropolis II is only operational at specific times, so plan your visit accordingly:

In the future, Metropolis II will only be operational on Fridays, Saturdays, and Sundays. 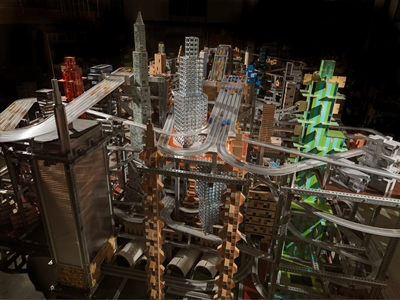 This weekend is also your last chance to see Edward Kienholz’s powerful Five Car Stud, an immersive and challenging Civil Rights-era artwork that is on view in the US for the very first time. Five Car Stud will travel to the Louisiana Museum of Art in Denmark this summer. On the occasion of the exhibition’s closing, here is a look back at the blog posts we’ve done on the piece:

One more exhibition note—we’re happy to note that Maria Nordman FILMROOM: SMOKE, 1967–Present has been extended! It will remain on view through May 20.

In addition to these exhibitions, be sure to check out Glenn Ligon: AMERICA, Contested Visions in the Spanish Colonial World, California Design, 1935–1960, and the rest of our exhibitions and installations on view.