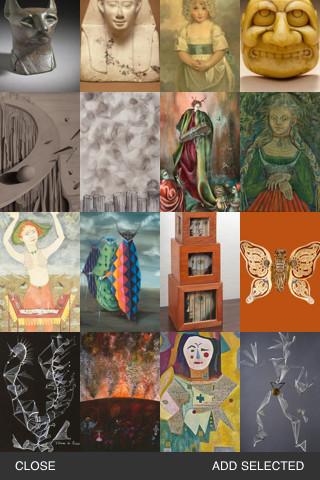 Sometimes we invite artists to respond to exhibitions on view at the museum with web-based projects that we can distribute to our virtual audience. In Wonderland: The Surrealist Adventures of Women Artists in Mexico and the United States caught the attention of Jody Zellen, who created a free app for iPhone and iPad inspired by a popular surrealist parlor game known as the "exquisite corpse." As the method goes, one person would write or draw on a sheet of paper, fold it, and pass it to the next participant, who would then add their own contribution and so on, resulting in a composition made up of chance and juxtaposition. The app allows users to create a collage in similar fashion, combining images from our collection, from the exhibition, and/or from their own camera roll. 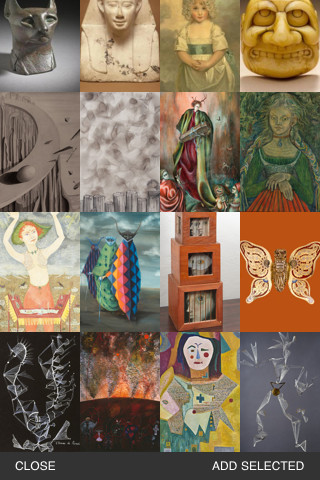 We asked Zellen about the project:

LACMA: Did you identify with the artists in the show?

Zellen: As a woman working with technology, I feel like I’m in a man’s world. And when you think about surrealism, you often think about male artists. In Wonderland is an exhibition of artists claiming that traditionally male territory – rather than being so-and-so’s girlfriend, they are the artist. I was energized by that idea.

LACMA: What are your thoughts about technology as a medium for making art?

Zellen: What’s most exiting for me about working in this whole field is that you can think of what you’re making as an artwork, but it’s an interactive artwork that everybody can download and have a personal copy of. You’re giving it away or giving people a tool to make their own works of art. The potential for sharing is exciting too. The project creates a dialogue.

LACMA: How did you choose the images that are included in the app?

Zellen: The app begins with a selection of twelve images from the show and from LACMA’s collection already loaded. The app allows you to add more images from the museum’s collection if you want—I chose about 100 works of art from LACMA’s free image library representing all different periods and cultures. I also built in the capacity to add images from your own camera roll, or take a new photo with the camera on the phone or iPad and add that to the mix.

LACMA: How did you make this particular example? 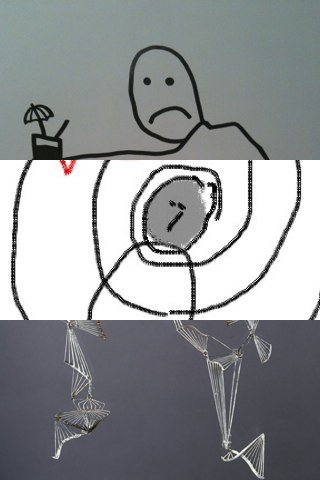 Zellen: I have a lot of drawing and paint programs in my iPhone so I was able to pick some of my own drawings and then combine those with works from the exhibition and other random photos from my camera roll.

LACMA: What satisfied you about this project?

Zellen: It allows people to play and learn at the same time. You’re not just combining three sections of different pictures—you’re encountering works of art from all different time periods and cultures, and you can learn about them. Also, I was able to include images of three examples of exquisite corpse drawings from the Art Institute of Chicago to give people a little bit of a history.  You can take the images in the app and mix them up, combine them with, say, an image of your cat or a sunset, and it becomes something magical.

The way it functions mirrors the approach of the artists in the show, in many ways. It’s about play and fun and making uncanny juxtapositions out of things that already exist—taking something that is a given and reading it in a new way, putting a new twist on it.

The images split in fascinating ways and it’s really endless fun in terms of the combinations you can make. You can add and subtract images and come up with limitless variations.

Find out more about the app here.