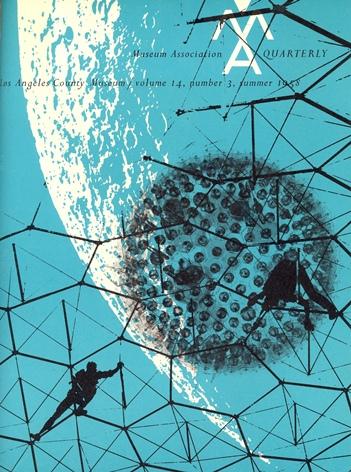 The Untold History of Design at LACMA

Around 1957, the Art Division of the Los Angeles County Museum (then located downtown in Exposition Park), launched a little-known design and typography program that utterly transformed the museum’s image. The program was spearheaded by James H. Elliott, who arrived at the Los Angeles County Museum in 1956 as Assistant Chief Curator of Art, after a stint at the Walker Art Center in Minneapolis. Elliott firmly believed that the museum’s printed material (its newsletters, exhibition announcements, books, and more) should reflect an awareness of contemporary design and hired the leading graphic designers in the city to produce the museum’s print identity. In the 1950s, the Walker in Minneapolis was, along with the Museum of Modern Art in New York, the premiere venue for the display of contemporary design (and is still a leader in the field), and Elliott probably formulated his ideas about design while working there. Elliott moved in LA art circles and many of the designers that he asked to participate in the program, such as Fred Usher, Marion Sampler, and Allen Porter, were friends.

Here is a sampling of the many commissions that were part of the program: 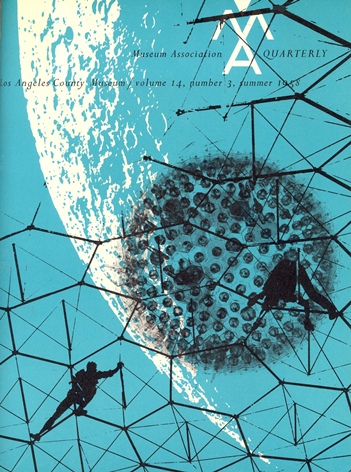 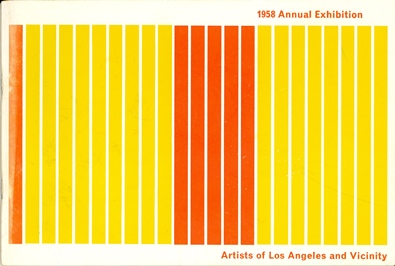 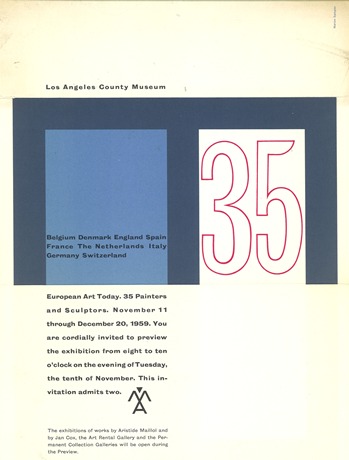 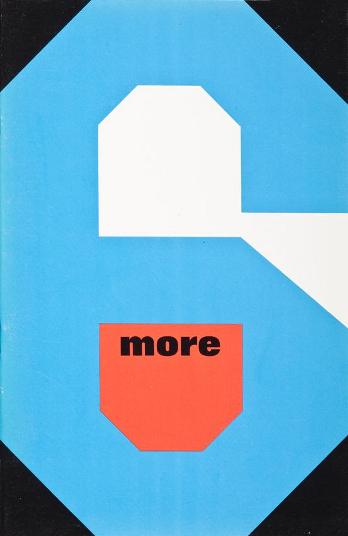 One of the most prolific participants in the program was graphic designer Lou Danziger, who was responsible for LACMA’s monthly calendar for decades and consulted on the museum’s design projects until 1980. 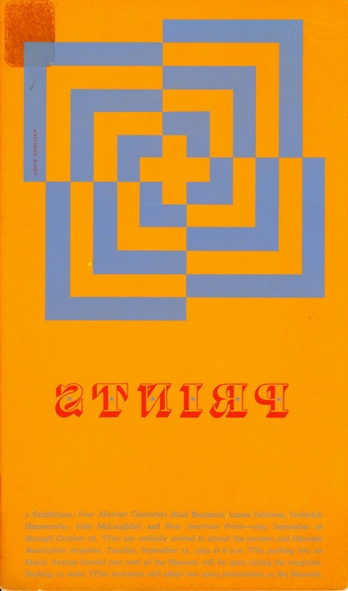 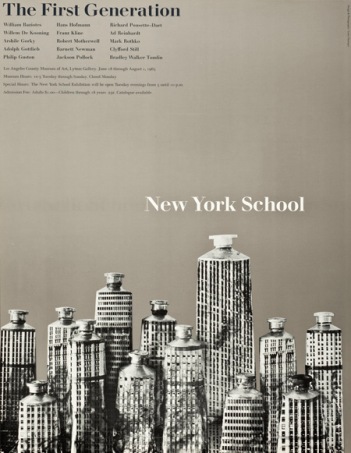 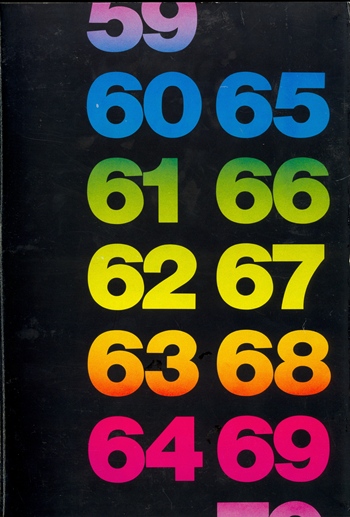 In addition to these projects, Lou designed landmark catalogues, including ones for the exhibitions Art Treasures of Japan (1965) and Art and Technology (1970). Lou recalls that the program started with the need for a trademark for Museum Associates, the museum’s parent organization, and Elliott commissioned Frederick A. Usher, Jr. for the job. In subsequent years, Lou, James Elliott, and later, curators Henry Hopkins and Bill Osmun met weekly on Wednesday mornings to identify and develop the museum’s design projects. You can hear Lou talk about his role in the world of mid-century California design, and learn about the making of his New York School exhibition poster here (the complete interview is available by downloading the free California Design app).

The New York School poster is on view in the California Design exhibition now and Lou will be at LACMA on Friday, February 24 to participate in a panel discussion called “Connections: Architecture and Design in Los Angeles at Mid-century,” along with fellow California designer Gere Kavanaugh and architect Ray Kappe. They will discuss the interconnected nature of the post-World War II Los Angeles design community. The panel is part of a larger, two-day symposium about California design which will feature several talks by renowned scholars and an evening keynote panel with artists Jorge Pardo, Pae White, and Jim Isermann about the legacy of mid-century California design on contemporary art and architecture.