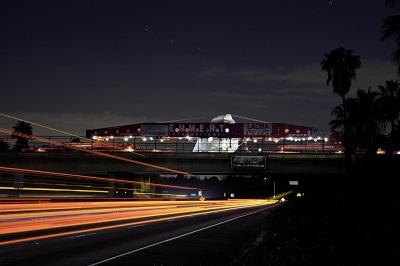 Over the course of the 340-ton megalith’s journey to LACMA to become a part of Michael Heizer’s Levitated Mass, we have been blown away by how many people have come out to visit the transporter, or have been following from afar via Unframed, Twitter, Facebook, or the Levitated Mass website. [For continuing updates on the transport of the boulder for Michael Heizer’s Levitated Mass, click here.] Everyone we’ve met has been fascinated by the details of the transport and incredibly excited about the finished artwork. Best of all, so many of the people we’ve met so far have either not been to LACMA before, or haven’t visited in many years—and now they want to come. 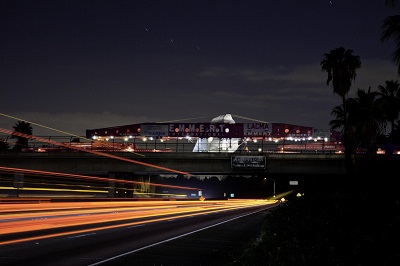 If you have been following the journey of the megalith, you’ve no doubt contemplated the sheer size of the boulder as it makes its way through twenty-two cities and four counties to LACMA. But Levitated Mass is not the only monumental artwork on LACMA’s campus. If you’re a resident of Los Angeles or have traveled down the Miracle Mile, chances are you’ve seen Urban Light, the colossal sculpture consisting of 202 vintage street lamps that sits just off of Wilshire Boulevard, lighting up the night sky. Created by artist Chris Burden, Urban Light has become an iconic landmark—not only on LACMA’s campus but in Los Angeles and Southern California as well. 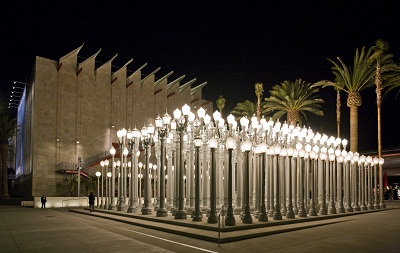 Chris Burden is also the artist behind Metropolis II, which had its LACMA debut just two months ago. Burden’s vision of a futuristic Los Angeles, Metropolis II is a frenetic kinetic sculpture that features 1,100 miniature cars zipping through a dense, complex city at 240 scale miles per hour. Metropolis II towers nine feet in the air and is spread across more than five hundred square feet—inspiring awe in visitors young and old alike.

Metropolis II shares the first level of the Broad Contemporary Art Museum with another jaw-dropping artwork: Richard Serra’s Band, an elegant, curved ribbon of a sculpture whose sheer mass (it’s made of steel, after all) is disguised by the ease and fluidity of its presence in the gallery. 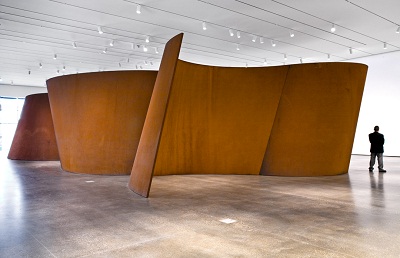 Moving Richard Serra’s work is no small feat, as a typical piece weighs about twenty tons (though the megalith of Levitated Mass is proving to be the new heavyweight on campus). We documented the tremendous effort of LACMA’s crew to deinstall another Serra sculpture, Sequence, last summer.

Finally, the Ahmanson Building atrium is home to Tony Smith’s Smoke, a towering aluminum lattice that stands twenty-four feet high and spans forty-eight feet across. Smoke consists of forty-five octahedrons, eight-sided geometric shapes that resemble crystals. The artwork was originally constructed by Smith in 1967 for a temporary exhibition at the Corcoran Gallery in Washington, D.C. At the time it garnered the cover of Time magazine with the headline “Art Outgrows the Museum.” 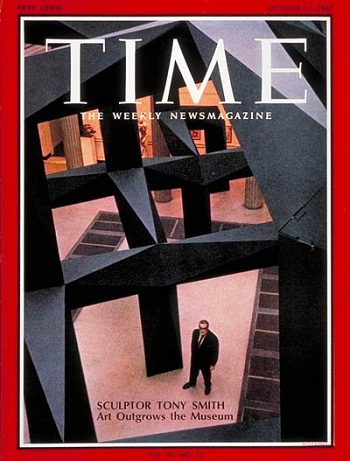 Since then it had not been on view again until 2008, when Smoke was erected piece by piece at LACMA. We captured the entire process in a time-lapse video.

Preparing to welcome Levitated Mass into the ranks of monumental sculpture at LACMA has inspired us to reflect on the other truly massive works of art that already call LACMA home—all of which have been added to LACMA’s collection in just the last four years.