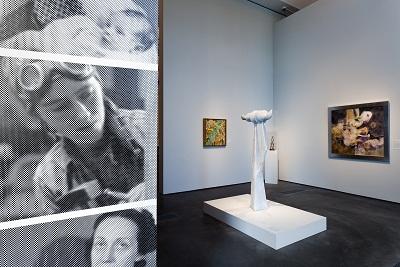 When the Resnick Pavilion opened in 2010, we hoped that the pathways between exhibitions would facilitate conversations between works that might otherwise never appear in the same room. With the current pairing of two mid-twentieth-century exhibitions, California Design, 1930–1965: “Living in a Modern Way” in the center gallery and In Wonderland: The Surrealist Adventures of Women Artists in Mexico and the United States on the east side, the connections are more than intellectual musings—several of the designers and artists in these shows knew each other. 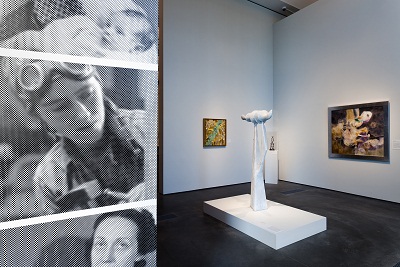 While In Wonderland doesn’t focus solely on California, the prevailing sense of opportunity and freedom from convention that lured designers to the Golden State also provided an ideal climate for women experimental artists, creating concentrated groups in San Francisco and Los Angeles. In the mid-twentieth century, the avant-garde scenes in these cities remained relatively small, so it is no surprise that many of these artists and designers attended the same schools and exhibited in the same galleries. In some cases the connections were even closer: In the 1940s, artist Madge Knight worked for Walter Landor’s influential San Francisco graphic design firm.

Only one artist, however, has work appearing in both exhibitions. San Francisco sculptor Adaline Kent created abstract sculptures with forms inspired by the natural landscape. 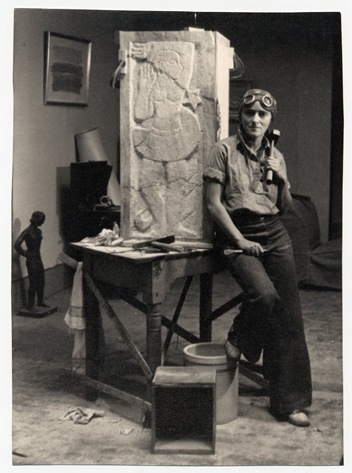 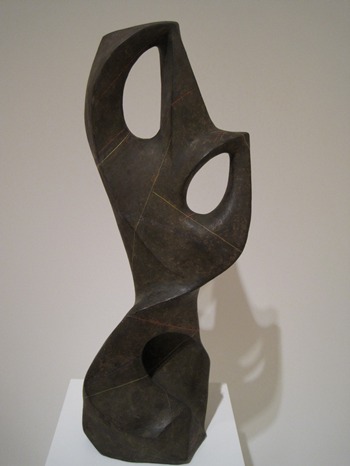 It would be hard to miss the beautiful works on view in In Wonderland, but eagle-eyed visitors may catch a glimpse of one of her most monumental pieces in California Design, on the cover of House Beautiful. 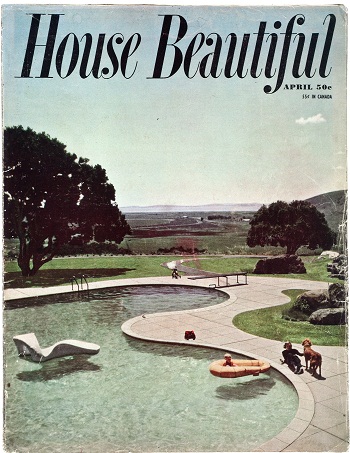 The cover depicts Thomas Dolliver Church’s Donnell Ranch garden, a masterpiece of modern landscape design that famously featured the first kidney shaped pool. Kent’s sculpture emerges from the center of the pool, creating a centerpiece for the garden’s biomorphic composition (as well as providing attractive underwater passages for adventurous swimmers). While the sculpture seems spontaneous and organic, Kent created several versions before finding a form that complimented the undulating curves of the surrounding pool and pathways.

The buoyant optimism of California Design and the introspective visions of In Wonderland may seem worlds apart, but in reality, many of the artists and designers involved lived and worked only miles apart. The current line-up at LACMA brings them back into proximity, revealing that two different images of mid-century California could exist—then and now—side-by-side.

In Wonderland closes in the Resnick Pavilion on May 6, followed by the closing of California Design on June 3.