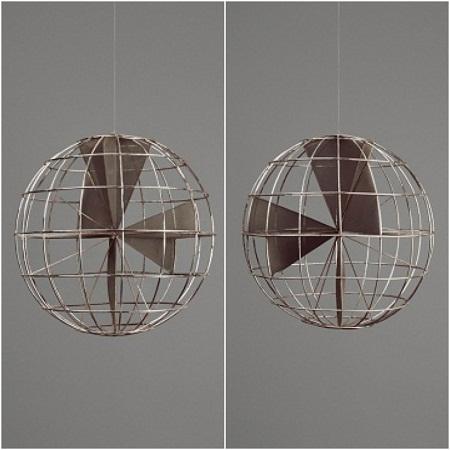 Sharon Lockhart and the Complex Life and Legacy of Noa Eshkol

Sharon Lockhart | Noa Eshkol, Los Angeles–based Sharon Lockhart’s most recent exhibition examining the life and legacy of Israeli dance composer Noa Eshkol, raises as many questions as it answers. Like an archeological excavation, the exhibition is an exercise in uncovering layers of meaning embedded in time. With each new layer that is peeled away, new mysteries surface.

Stitching together the distinct language and knowledge systems of numerous creative practices – photography, video, architecture, dance notation, textiles – Lockhart insists on the interrelationships among different media. The exhibition is a syncretic merging of competing and overlapping modes of communication, not all of which are immediately comprehensible to the uninitiated. Admittedly, as I began assisting with this exhibition, I struggled to understand how all of these processes of signification spoke to one another. As I listened in, I could not quite make sense of what I heard. I realized later that it is exactly this diffident, enigmatic quality that lends the exhibition its undeniable allure. 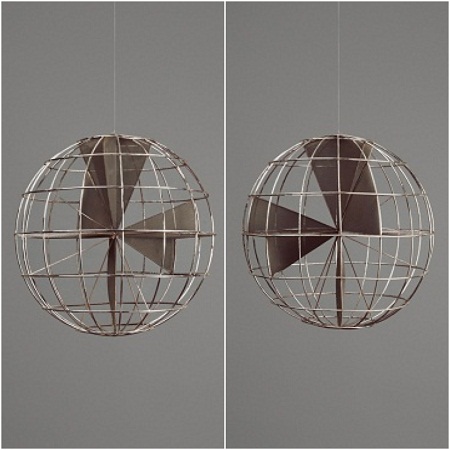 Arguably the most crucial of the knowledge systems in the exhibition is one that is perhaps least familiar to the average viewer: dance notation, which defined Eshkol’s career and was the source of her enduring influence. Lockhart came to know Eshkol’s work on a 2008 trip to Israel, a year after the influential dance composer passed away. Through a rigorous process of research that was equal parts artistic process and anthropological study, Lockhart combed archival documents and immersed herself into the world of Eshkol’s living followers. The exhibition is the product of her research into the complex world that Eshkol created around dance.

This was no easy task, especially given the rather abstruse language of Eshkol’s intricate dance notation, Eshkol-Wachman Movement Notation (EWMN). Eshkol created, along with her collaborator Abraham [Avraham] Wachman, a visual means of representing bodily motion. Predicated on the idea that every movement of the limbs originates at the joint and circles around an axis, EWMN seeks to map the all potential movements of the body in space.

During a stint in London in the late 1940s, Eshkol trained under Rudolf von Laban, one of the world’s leading dance instructors and creator of the widely used dance notation system Labanotation. Eshkol would ultimately reject Laban’s teachings in the creation of her own system of tracking bodily movement. Viewing Labanotation as overly concerned with dictating how bodies should get from one point to another, EWMN attempted instead to explain and illustrate what happens in the process of getting between those points. In Eshkol’s words, the system was not only a means of visualizing actions, but “describes that primal thing from which actions are created … i.e., movement.” 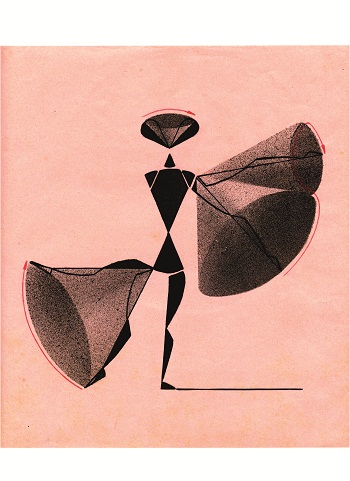 To illustrate her system, graphic representations of the body in motion (seen in the archival materials on display in the exhibition) and three-dimensional sculptural models (photographed so elegantly against a stark grey backdrop by Lockhart) were created as pedagogical tools. Perhaps inscrutable to the untrained eye, these two- and three-dimensional forms provided the key to unlocking the logic of the body’s movements. The system’s efficacy is evidenced in its endurance and popularity in scientific literature that tracks and hypothesizes animal locomotion.

EWMN was a social practice and way of life as much as it was a visual means of representing human motion. Rooted in a heady synthesis of mid-century utopian idealism, postwar modernism, Jewish communalism, and military discipline, the system developed within a social environment that resembled a Spartan village. It was, in many ways, the communitarian culture of the Jewish kibbutz, into which Eshkol was born, fused with the politicized and highly socially aware form of dance that had been popularized by figures such as Laban, whose notation system had originally been used for choreographing processions of labor unions and other mass organizations. Eshkol’s style of dance was explicitly unadorned and spare, rejecting musical accompaniment or elaborate or colorful costuming.  It was also a communitarian dance form, a process of interaction among multiple bodies in space, not singular figures spotlit on a stage, or soloists performing in isolation. The militaristic discipline involved is apparent in some of the pieces, seen in Lockhart’s Five Dances and Nine Wall Carpets by Noa Eshkol, most evidently in War Dance (Heraldic). 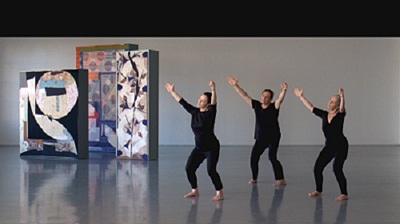 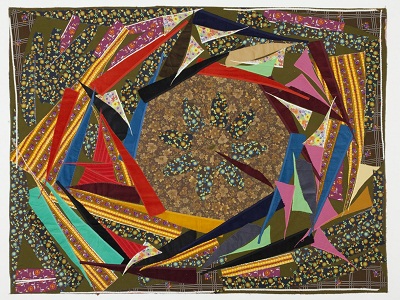 This community of dancers was, in some ways, a cult of personality. A commanding and charismatic figure, Eshkol inspired the devotion of her community of followers. Ruti Sela, one of Eshkol’s early disciples, spoke with rapt language, claiming, “Noa’s rich and imagistic language, her phenomenal clarity of thought, and the unique nature of her movements created a physical and intellectual experience that was completely new to me.  I finished each lesson floating with joy.” As time went on, the community increasingly resembled a worker’s commune, as dancers grew and cooked food, and helped stitch together the many (over 1,800 in all) textile works that Eshkol called “wall carpets.” Dance, in other words, was never just dance. It was also a facilitator of human relationships.

In its complex layering of meaning, and its acceptance of the opacity of EWMN, Sharon Lockhart | Noa Eshkol asks the viewer to enact the very process by which the project came into being. Like Lockhart in her process of discovery, we must decipher the signs and symbols of a world that is inexorably receding into the past. It might not be an easy task, but it is a rewarding one.