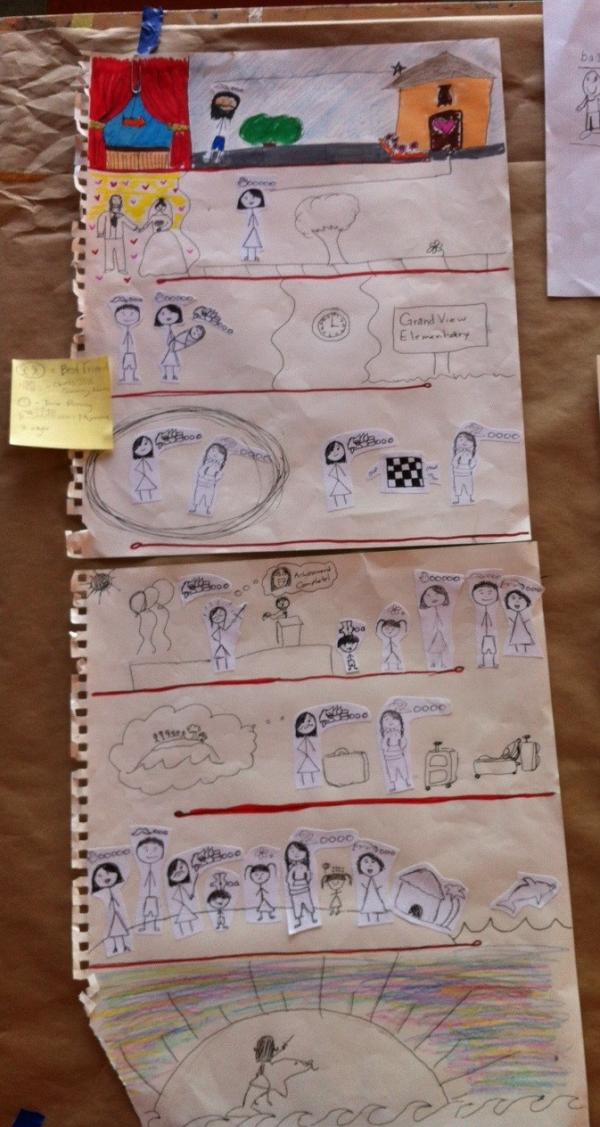 Grandchildren of the Plumed Serpent

In 2010, when we began to think about ways to get the Los Angeles community involved with the exhibition, I was volunteering at 826LA, a local non-profit organization that encourages students aged 6–18 to develop their creative thinking and writing skills and foster the ambitions of young authors in their after-school tutoring and weekend workshops. Because of their focus on storytelling, they seemed a natural partner for Children of the Plumed Serpent. Together with 826LA’s Julius Diaz Panoriñgan, Director of Education, and Birte Klug, the Venice Programs Coordinator, we hatched a plan to introduce the next generation of Plumed Serpent aficionados to the visual storytelling techniques used in the painted codices featured in the show.

Birte, Julius, and I plunged ahead devising a series of eight weekend workshops at the Echo Park and Venice 826LA locations and LACMA to introduce the kids to the signs and symbols used by ancient artists. Over the course of the class they learned how painters communicated important life events like birth, marriage, and conquest, in addition to key places without words. With the help of the 826LA volunteers, the adventures and misadventures of Lord Eight Deer (a key figure in the exhibition) and his rival Lady Six Monkey came to life for the students and they began plotting their own pictorial histories. 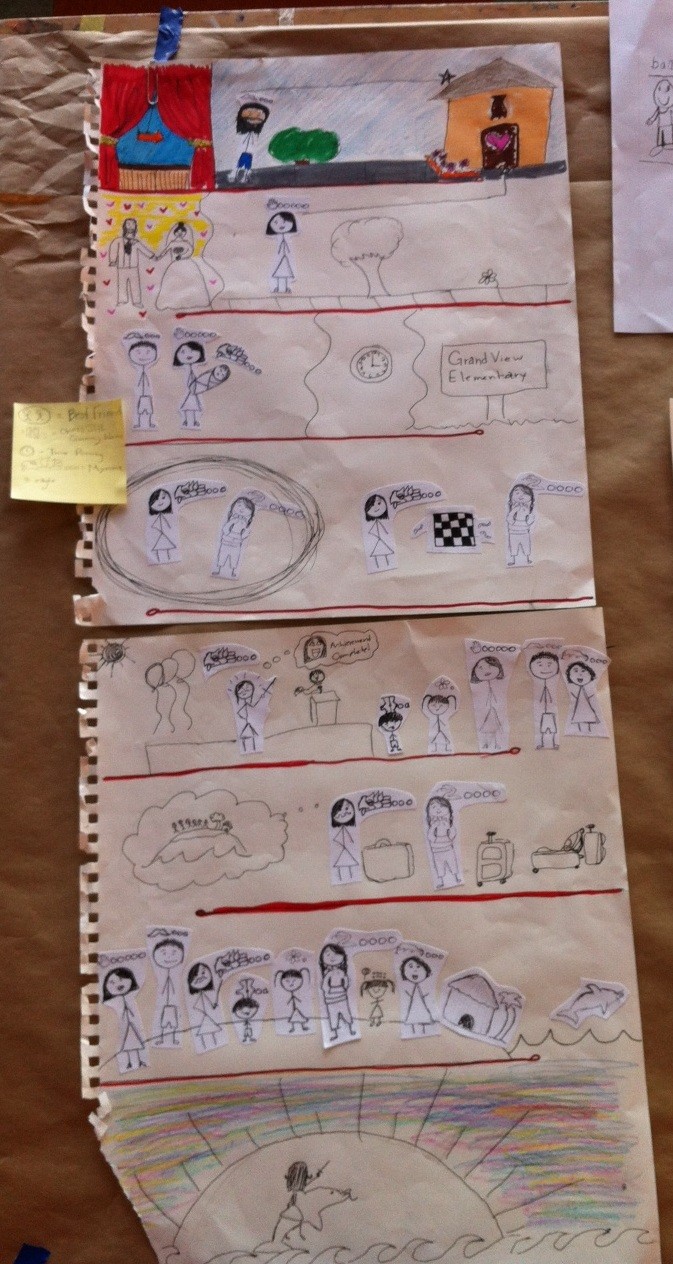 One Sunday morning, several weeks ago, 826LA came to LACMA. Two school buses traveled from east and west to bring the students and their families to the exhibition. In the galleries, the budding storytellers reenacted episodes from the Codex Zouche-Nuttall for their families. The day culminated with everyone drawing their own personal codices. Twenty-first century symbols marked the important events in the lives of the grandchildren of the Plumed Serpent: graduation, summer visits to Six Flags or Disneyland, and friendship. This next generation of heroes called on the conventions of the codices and invented new names and titles for themselves such as 15 Teddy Bear or 9 Flower Falling Petal. 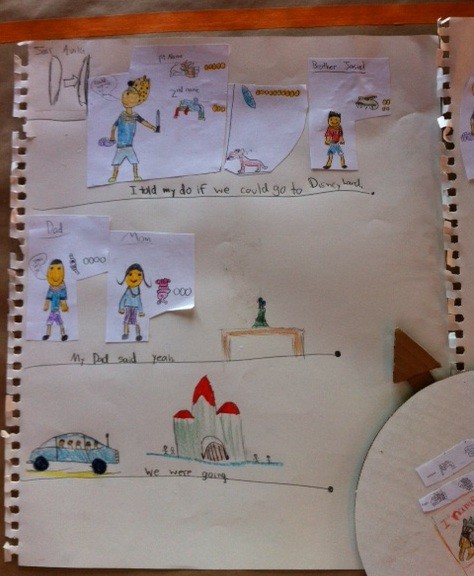 Three of the students—Hier Ávila, Dayanara Martinez, and Briseida Granados—spoke with me after their visit to LACMA to walk me through their codices and explain what the visit to the museum meant to them. Last year Hier’s basketball team won passes to Six Flags during a tournament. Their visit on August 30, 2011 became the subject of his codex. Like the Mixtec artists, Hier used red lines to divide the page into different scenes and he gave himself two names—5 Eagle and 3 Serpent—and his trusted companion, his puppy, was also baptized with a name—9 Flint. 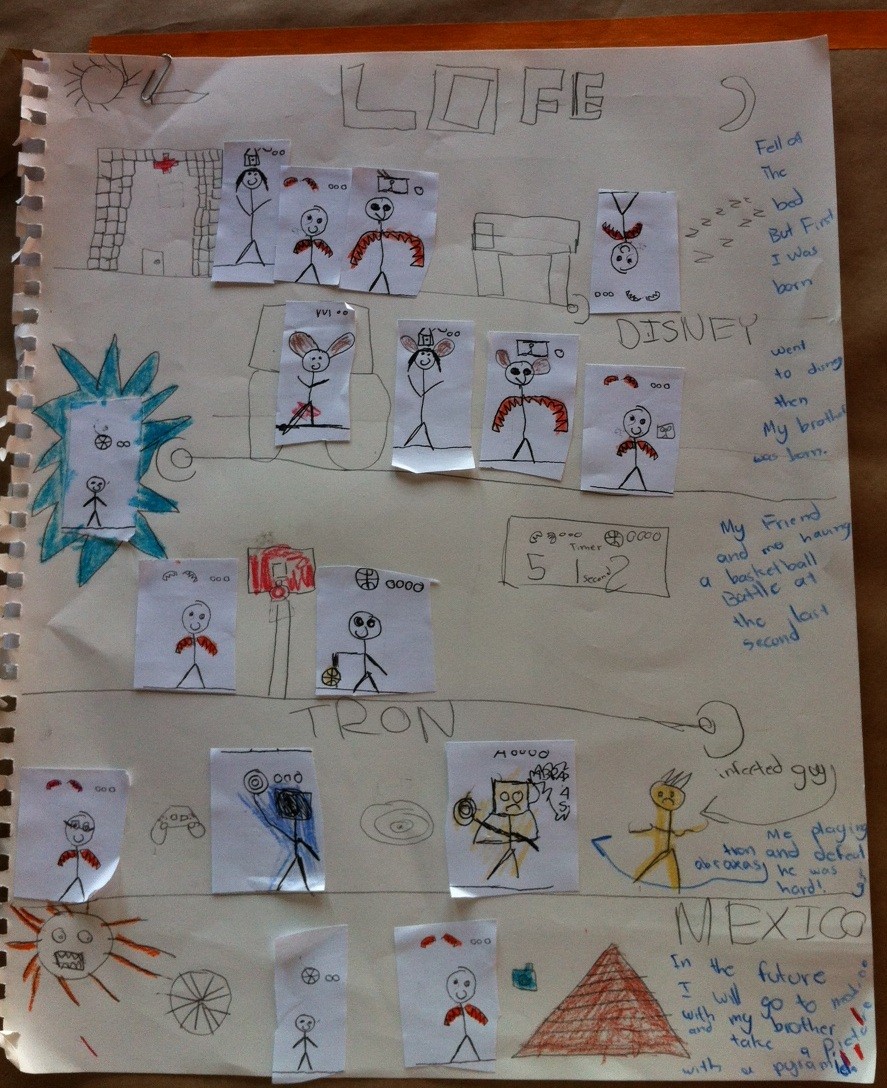 Dayanara and Briseida both memorialized their families. Dayanara’s dad is from Oaxaca and she was impressed with the way the artists were able to communicate with only pictures. “It was hard at first,” she said, “but you can learn.” Briseida, the oldest in her family, remembered her first sleepover. “It’s tough when you’re the oldest because you have to do everything first so the first sleepover was a big deal.” Briseida told us that her father, an artist, was also inspired by the exhibition. He decorated a kitchen wall of their house with the day signs Eagle and Crocodile. She now sees them every day. The fact that these brightly colored pages, painted five centuries ago in Mexico, recorded an adventure epic without the use of any text, sparked the students’ imagination and brought Quetzalcoatl a new group of fans. Check out 826LA’s flickr site for additional photos from the Sunday workshop.