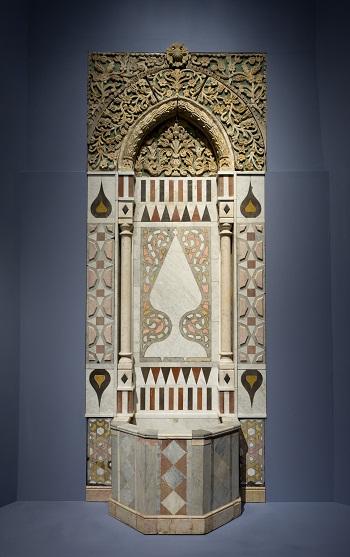 Preserving a Small Piece of Damascus

When a curator decides to pursue an acquisition, in discussion with the director and subject to the approval of the board of trustees, the preparation often includes a complete immersion process. This was certainly the case in the fall and early winter of 2011–12, as I prepared to present for acquisition a period room from eighteenth-century Damascus, Syria. As arcane as the subject might sound, there is quite a bit written on daily life in this time and place that gives a good idea of how Damascenes lived: what they ate, what they wore, and how their homes were laid out, organized, and furnished. Photographs and maps from the late nineteenth and early twentieth centuries also help in reimaging the architecture and urban setting. But my preoccupation with eighteenth-century Damascus took on a somewhat surreal quality as the current upheaval in Syria slowly transformed into a full-blown civil war and the boundaries between past and present began to blur. The Damascus room came to signify more than the unique opportunity to acquire a rare work of art that would become a destination for museum visitors but the very embodiment of what LACMA is as an encyclopedic art museum. Although the room was removed from Syria nearly thirty-five years ago, the notion that we would be helping to preserve a small part of the cultural history of one of the world’s oldest, continuously occupied cities, intensified my interest in bringing the room to Los Angeles so that its story can be told and appreciated in this twenty-first-century city. 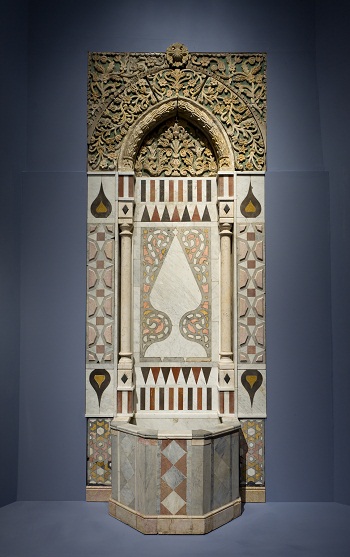 Unlike fashionable residences in early modern Europe, the homes of the well-to-do in eighteenth-century Damascus had very plain exteriors, hidden within which were elaborately decorated rooms that faced onto courtyards. Vintage photographs show the ornate stone courtyards replete with citrus trees and fountains, which provided a cooler living space during the hottest times of the year. The lavishly decorated reception rooms opening on to the courtyards would have been used primarily in the winter months. In 1900, nearly 17,000 such courtyard homes still survived. With the modernization and growth of Damascus, most such historic homes were demolished but occasionally their sumptuous rooms were spared. Several have found their way into museums not only in Damascus but in Europe and the United States.

LACMA’s acquisition-in-progress is a reception room dated 1766–67 and measuring 15’ x 20’. As is typical, the room has colorful inlaid marble floors; painted and carved wood walls, doors and storage niches; a spectacular stone arch that serves to divide the upper and lower sections of the room, which are separated by a single high step; and an intricately inlaid stone wall fountain with a carved and painted limestone hood, which we have recently installed in the Islamic galleries (Ahmanson Building, Level 4). Though the rest of the room is currently dismantled, it is in wonderful condition and is primarily in need of extensive cleaning and some restoration. Once we formally acquire the room, our goal in reassembling it, a two-year project, will be to create an armature to make it self-supporting so that it can be installed in an already-existing space or reinstalled elsewhere. My colleagues and I hope to keep you posted as this exciting project progresses.