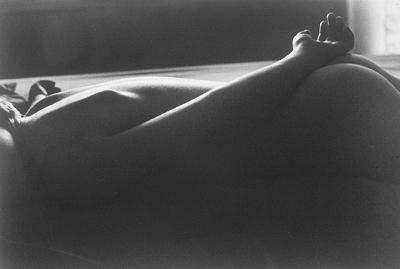 The Controversial Act of Taking Pictures of Children

In July 1989, the American Family Association (AFA) issued a press release condemning NEA funding of so-called “pornographic” exhibitions, including the Robert Mapplethorpe retrospective, The Perfect Moment. After announcing Mapplethorpe’s recent death from AIDS-related causes and describing the homoerotic nature of much of his photography, the press release commented on that exhibition, “For pedophile homosexuals, there [is] a shot of a nude little boy, about eight, proudly displaying his penis.” The photograph in question was Jesse McBride which, along with a portrait by Mapplethorpe of a young girl staring into the camera with her genitals incidentally exposed, were central to the AFA’s and Senator Jesse Helms’s opposition to government funding of the arts.

Mapplethorpe’s photographs of children were, in the context of the ensuing Culture Wars, just as objectionable as his explicitly homosexual imagery. The AFA’s press release not only conflated homosexuality with pedophilia (a tenacious homophobic trope), it equated nudity with sexuality in Mapplethorpe’s portraits, which were in fact taken with the permission and in the presence of their parents. The sexualization of children in art is a deeply charged issue for people along the political spectrum and constitutes one of the art world’s last remaining taboos, as seen in the response to objects included in the Saatchi Sensation exhibition in the late 1990s and more recently the seizure of work by Bill Henson by government officials.

The anxiety associated with viewing images of naked children within the context of an art museum seems to clash with the fact that photographs of children, clothed or not, are some of the most ubiquitous in our social and familial lives. Any brief perusal of Facebook, Flickr, or an old-fashioned photo album reveals the naïve nudity of children to be common in our quotidian visual environment. Yet the public circulation of such images is under increasing regulation in Western societies: for example, many European countries ban the mass media from publishing images of celebrities’ children. Art historian Anne Higonnet, who has examined the history of depicting children in art and visual culture, argues that our active repression of images of child nudity has helped redefine childhood itself, putting a new emphasis on the purity and untouched innocence of youth, with consequences yet to be fully understood. 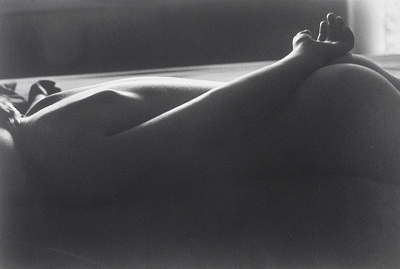 Claire Henze, Nico, hand on back, 1981, gift of the Estate of Claire Henze

This preoccupation with the appropriateness of photographing children is the subject of the current rotation Young, on display through December 2, comprised of works culled from LACMA’s extensive photographic collection. Children have been the subjects of photographic art since the origin of the medium, from Lewis Carroll and Julia Margaret Cameron to Jock Sturges, Jan Saudek, and Loretta Lux. A selection of twenty prints spanning nearly the entire history of photography, the installation illustrates how photographs of children can both preserve and erode the image of childhood as a moment of pristine innocence. The rotation asks the viewer what—if anything—is wrong with viewing children as the objects of visual interest and visual pleasure. 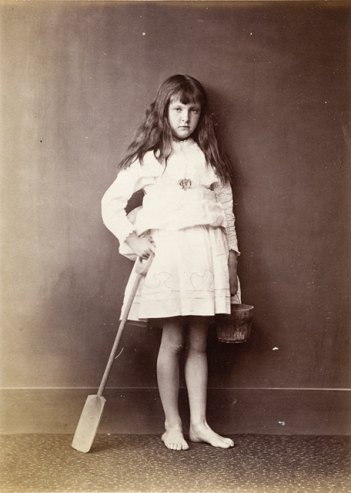 Lewis Carroll, “Xie” Kitchin with Bucket and Spade, circa 1873, The Marjorie and Leonard Vernon Collection, gift of The Annenberg Foundation and promised gift of Carol Vernon and Robert Turbin 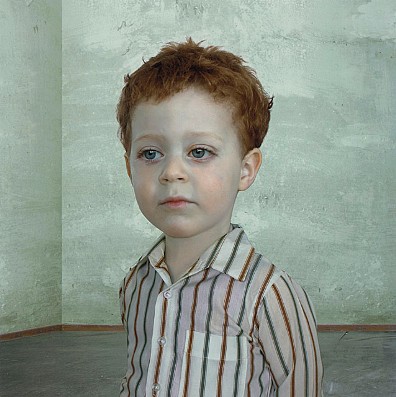 These questions have particular relevance to photography. While no one objects to the multitudes of naked putti in a painting by Peter Paul Rubens, photographs of nude children regularly stoke controversy—in part because they document interactions that actually took place between artist and subject, and moreover might evince an imbalanced or exploitative relationship. Concerns about this unevenness of power arise even when the person behind the camera is the parent of the child in front of it, as is the case with Sally Mann, or with the provocative series by Claire Henze (above), who photographed her children in various states of undress from infancy to young adulthood. Examples of work by both of those artists are on display in the show.

Today, our culture is pulling in opposing directions on this issue—both increasing the avenues for the sexualization of children and making vigilant attempts to limit the possibilities of sexual exploitation. At times, artists who seek to comment on this paradox find themselves caught within it. Charlie White, whose work is currently on display through Sunday in The Sun and Other Stars: Katie Grannan and Charlie White, focuses on society’s obsession with youth and beauty. As an adult male who frequently portrays adolescent girls, White has triggered some of the same questions as Mapplethorpe’s photographs of children, and he responds as follows: “Looking at young people is critical to a society’s understanding of itself, and the recording of generations of adolescents is perhaps one of the most viable means of doing this.” [from his essay “Minor Threat,” in Words without Pictures (LACMA), pp. 185-86] White’s interest in this subject is conceptual and self-aware—too intellectual an exercise to ever venture into the dubious territory that wary viewers might project upon it. His work reminds us that these young girls voluntarily (and with parental encouragement) enter into a system meant to exploit their physical appearance and attractiveness for mass consumption. 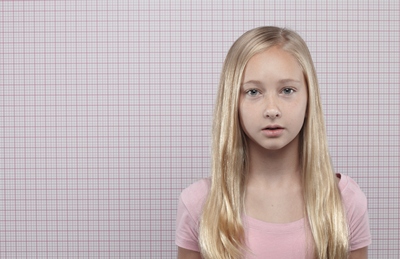 It seems that society has set a trap for photographers who represent the potential for eros among pre-pubescents. This is the cultural condition that Young interrogates. Without providing a definitive answer or satisfactory conclusion, the installation asks viewers: what is it about photographs of children, especially if they are exhibited as aesthetic objects in an art museum, that makes people uncomfortable? Can such images ever be as innocent as they seem?