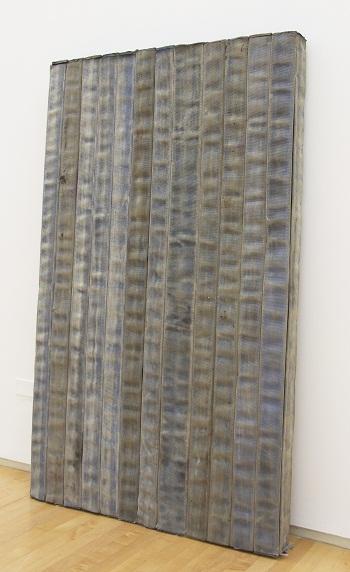 Unframed’s Jenny Miyasaki sat down with Franklin Sirmans, Terri and Michael Smooke Curator and Department Head of Contemporary Art, to discuss recent acquisitions made by the department and by the new acquisitions group, Contemporary Friends.

Jenny Miyasaki: We have a lot of acquisitions at the end of the year. How do you guys suss it out?

Franklin Sirmans: Our mandate at LACMA, as curators of contemporary art, includes art since 1968; we are always interested in testing those boundaries in terms of the scope of our curatorial interests. And as the collection evolves, different stories can be told and diverse styles come into play. Working closely with our colleagues across departments we (Rita Gonzalez, Christine Y. Kim and myself) have sought, with our director Michael Govan, Britt Salvesen, head of Photography and Prints and Drawings departments, Eve Schillo in the photography department, Leslie Jones in prints and drawings, and more recently, assistant curator Jarrett Gregory, to find connections between contemporary art and that of the different places and times represented in the encyclopedic museum. For instance, recently a large photograph of the ocean by Andreas Gursky was installed in our art of the Pacific galleries, which contain works largely from the eighteenth and nineteenth centuries. During our installation of Ai Weiwei’s Zodiac sculptures, Christina Yu Yu and Stephen Little in the Chinese Art Department put out a small group of eighteenth-century jade sculptures depicting the same Zodiac that inspired Weiwei.

JM: What has been acquired recently?

FS: With that strategy in mind, we have been adding to the collection vigorously in the last few years and have created new acquisition groups and revised older ones to help us acquire more contemporary art in addition to providing more forums for the discussion of art, sharing mutual passions. Donations remain the most crucial way for us to add to existing holdings. Recent gifts of works by artists such as Stan Douglas, Zhang Huan, Jim Lambie, Paul Pfeiffer, Pablo Rasgado, Analia Saban, and Erin Shirreff, among others, by trustee Steve Tisch, Audrey Irmas, Sheridan Brown, Dean Valentine and Amy Adelson, Shannon and Peter Loughrey, Jennifer Hawks and Ramin Djawadi, Candace and Charles Nelson, and Said Saffari and Heidi Wettenhall-Saffari have gone straight into the galleries, helping us to more fully tell stories and round out installations. Additionally, through Art Here and Now, our longstanding initiative to collect Southern California artists, we have doubled the value of our annual acquisitions and recently acquired works by accomplished younger artists such as Mark Flores and Dianna Molzan.

Building on our shared interests in contemporary international art, we recently inaugurated the first meeting of the new acquisitions group, Contemporary Friends. Chaired and spearheaded by our trustee Viveca Paulin-Ferrell, Contemporary Friends recently had its first acquisitions meeting, which resulted in the acquisition of nine new works for LACMA. While our funds from membership dues made the purchase of four works easily possible, members added on individually in order to purchase the rest. Nearly all of the artists were acquired by the museum for the first time. 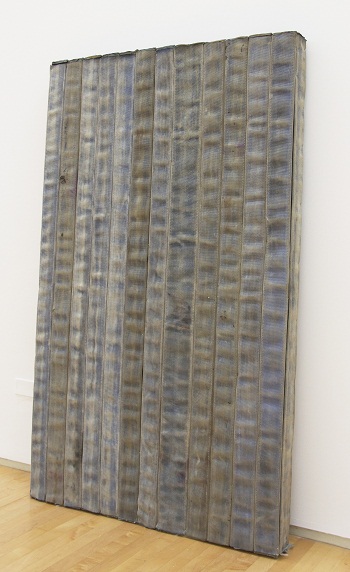 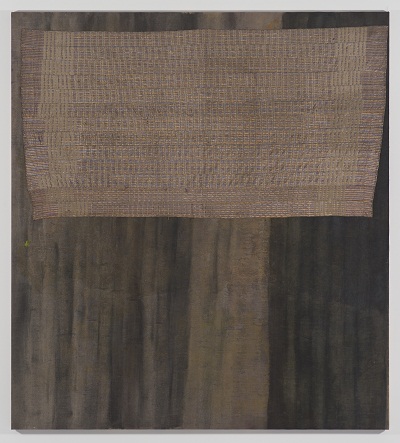 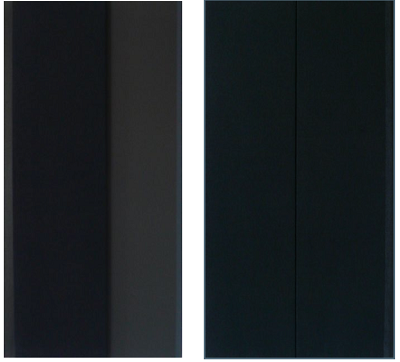 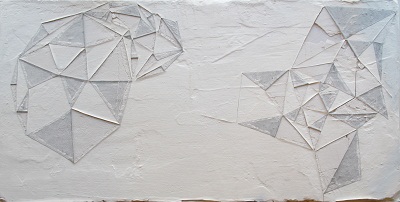 Among these recent acquisitions are paintings that test our perceptions of what exactly “painting” is and can be. Works by Theaster Gates, Sergej Jensen, Jennie C. Jones, and Pablo Rasgado all question the diversity of materials and the historical and symbolic power of different materials in the creation of the traditional framing device for making visual art—paintings. Gates employs found fire hose to make tapestries such as that in Civil Tapestry (Dirty Blue), 2012, referencing civil rights movements and textile paintings. Jensen sews together found fabrics to “paint without paint.” Jones’s long interest in American music, specifically the confluence of modernism and jazz, inspires her minimalist paintings made out of acoustic absorber and diffuser panels. Rasgado uses, or reuses, temporary walls removed from their original functionality and given new life with designs carved and cut by palette knives as the surface and support of his paintings. 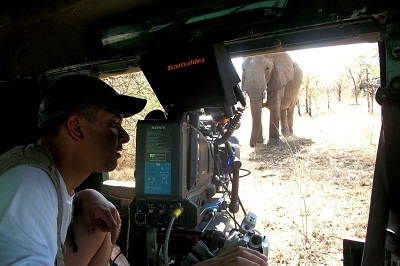 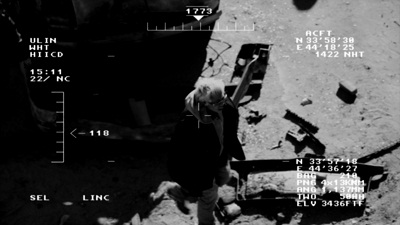 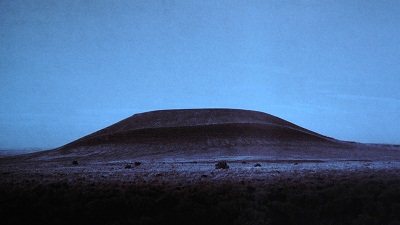 An important aspect of our collections strategy over the last few years has been an attention to film and video art. Recognizing the medium’s preponderance and natural ability to frame twenty-first-century art, LACMA recently held its second annual Art+Film Gala, celebrating the work of twentieth-century masters Ed Ruscha and Stanley Kubrick. For it is not only about the medium as it pertains to visual art in galleries and museums but equally about how the medium is used by cinematic auteurs as well. We are particularly interested in works that test those boundaries on both sides. Works by Omer Fast, Hassan Khan, and Erin Shirreff are all quite different but all use the medium of video to create poignant art in the last few years. Fast, perhaps the closest to a traditional feature filmmaker, uses the medium to expose the complex nature of storytelling and memory with multiple shots and images. Khan focuses in on one scene—a combative looking dance between two men that exposes differences in class in Cairo with a soundtrack of Shaabi music—a mix of traditional instruments and new electronic music. 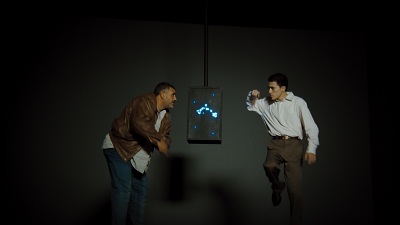 Lastly, the work of Gary Simmons has been on our mind, and we are happy to add this important artist to the collection. Simmons attended CalArts in the 1980s and studied with John Baldessari, and the acquired work takes its cues from Ed Ruscha’s Los Angeles County Museum of Art on Fire and his paintings of the Hollywood sign, except Simmons pictures the Hollywood sign on fire. In addition to Ruscha (whose work hangs nearby in the current installation Lost Line), Simmons was inspired by Conquest of the Planet Apes, widely considered to be a metaphor for late 1960s liberation movements.

JM: How did people react to the many different artists and media?

FS: We are fortunate in that we have great friends who are interested in a wide range of art and ideas!