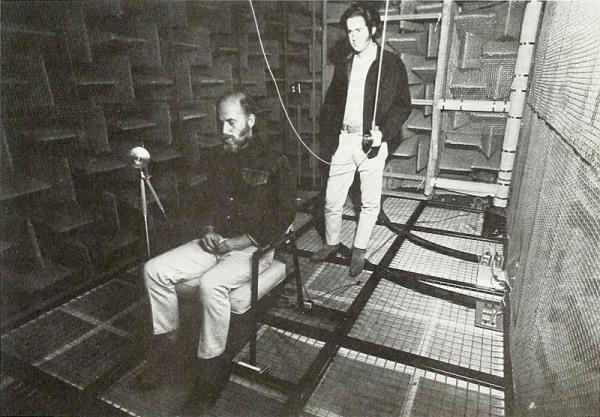 An exciting thing happened today: we launched our new Art + Technology Lab at LACMA. The Lab is an experiment in bringing artists and technologists together to develop projects that we plan to share with the public here at the museum. We also issued our first call for proposals. Artists and collectives interested in pursuing projects that engage emerging technology are invited to apply by January 27, 2014, for grants up to $50,000, plus in-kind support from our advisory board and participating technology companies.

We plan to fund a small number of projects in the first year of the program. Several technology companies have joined the effort: Accenture, NVIDIA, DAQRI, SpaceX, and Google are helping to make this project possible. Our advisory board also includes independent artists and academics, such as Dan Goods (visual strategist at Jet Propulsion Labs) and Ken Goldberg (professor of industrial engineering and operations research at the University of California, Berkeley). 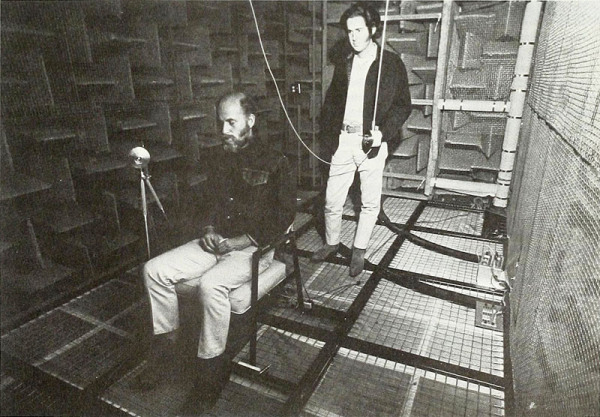 Robert Irwin and James Turrell in the anechoic chamber at the University of California, Los Angeles. The artists explored the concept for an unrealized project with the Garrett Corporation as part of the original Art and Technology program at LACMA. Photograph © Malcolm Lubliner

This isn't the first time LACMA has embarked on a program to bring artists and technologists together. The Art and Technology program at LACMA that ran from 1967 to 1971 is legendary, and included Andy Warhol, Claes Oldenberg, James Turrell, Robert Irwin, and others. When we launched our online Reading Room a few years ago, the Report on the Art and Technology Program at the Los Angeles County Museum of Art, 1967–1971 quickly jumped to the top of the list of popular out of print publications. The publication includes some amazing documentation of the collaborations between artists and industry, including several projects that failed to lead to a completed work of art, but gave rise to innovations many years or even decades later.

The Lab is inspired by the history at LACMA, but the program we're launching now differs in some respects. Today, compared to the late 1960s, the boundary between art and technology is much more fluid. We fully expect to see participants in the program that move easily between both disciplines. That makes aligning artists and technology developers all the more exciting and fruitful. We also plan to reveal projects in progress through regular presentations at LACMA, including talks with artists and demonstrations of prototypes. Our commitment to exploring the nexus of art and technology is long-term, and we look forward to building on the program over time. 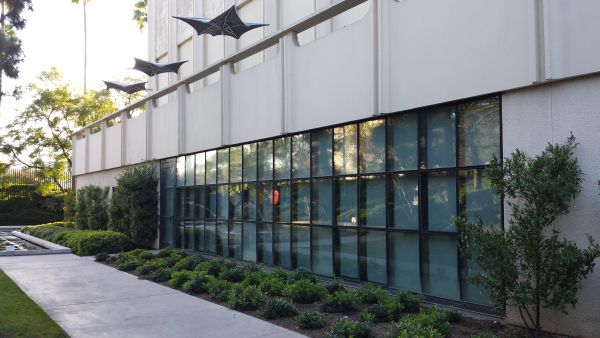 The exterior entrance to the new Art + Technology Lab at LACMA via the Director's Round Table Garden at the east end of the museum campus.

The Lab is housed in our newly remodeled Balch Research Library. The County of Los Angeles supported the renovation, which wraps up this month, with a grant from their Productivity Investment Fund. Those of you familiar with the research library will, we hope, be surprised and pleased by the transformation. We opened up a wall of windows looking out on the park and gave the space an overhaul that enables us to accommodate not only the new Lab program, but also more books and space for our librarians to work with researchers.

For questions about the Art + Technology Lab, or to find out about upcoming programs at LACMA, join our mailing list: lab@lacma.org.