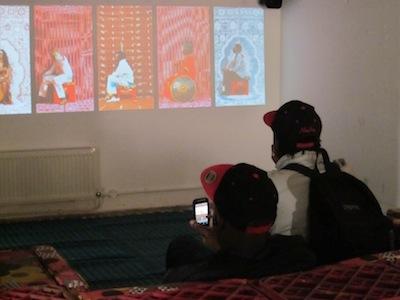 A Case of Love at First Sight: A Curator’s Perspective

My initial viewing of My Rock Stars Experimental, Volume I was a case of love at first sight. Whatever it was that first drew me to study Islamic art—possibly the unique combination of color and design, the oscillation between abstraction and figuration, and especially the inclusion of Arabic text—is also what attracts me to Hajjaj’s work, which is not only inherently familiar but also terrifically original. It seemed to me that if music videos had existed in the medieval Islamic world, this is how they would have looked and sounded. My Rock Stars Experimental, Volume I merely underscores Hassan Hajjaj’s enormous and universal appeal, making him one of my rock stars. 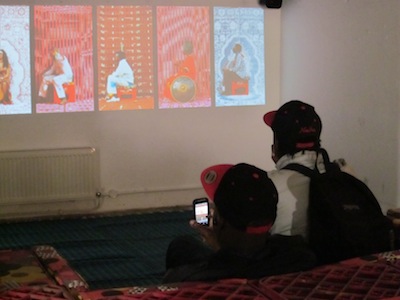 There is another telling story that goes with the first time I saw My Rock Stars Experimental, which was in 2012 at Rose Issa Projects on Great Portland Street in London. Three teenage boys came in, all of African descent, awkward not only with their newly adult bodies but in being around art, which they explained they needed to see for a school project. They immediately gravitated to the video, relaxed and sat down on Hajjaj’s iconic red plastic Coca-Cola crates, then whipped out their phones and began recording and giggling. They asked and were happily surprised to learn that this was indeed art. 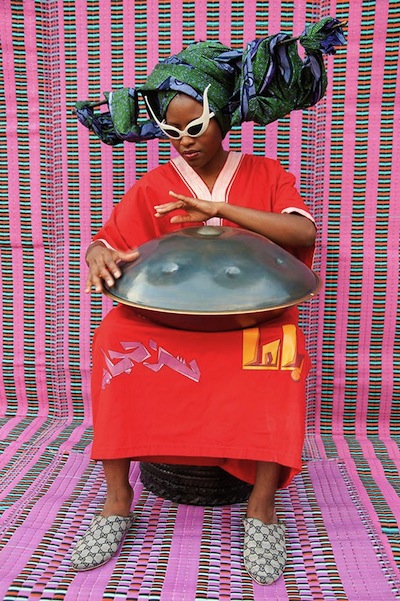 I think they immediately connected with the video installation for a number of reasons: it is a familiar format and medium, it is “really cool” (their words), and all of the performers in the video are people of color—perhaps not what the students expected to see walking into a tony London gallery. When I asked them why they were giggling, they shrugged shyly and one fellow said it was because they liked it. It was their reactions—which I recorded on my own phone—that convinced me we had to have My Rock Stars Experimental for LACMA.