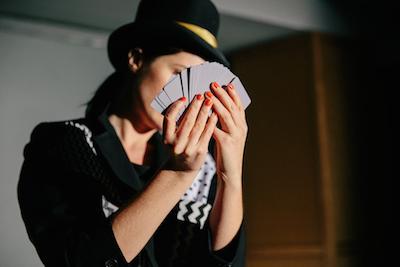 For The Least Important Things, Emily Mast stages sixteen poems by Joan Brossa (1919–1989), a Catalan artist and poet little known to American audiences. Mast’s performance unfolds in different parts of the museum before a limited, itinerant audience that follows the troupe throughout stairs, hallways, shortcuts and rarely visited spots of the campus. Brossa created his scenic poetry (staged poetry), hybrid creatures with one foot on the page and the other on the stage, in the Barcelona of the avant-garde and Franco’s dictatorship, well aware of the experimental theater developed by Surrealist and Dada artists. Brossa had a profound interest in popular entertainment, manifested in the frequent appearance in his writing of magic, mimicry, cabaret, and ventriloquism, along with other theatrical traditions like Commedia dell'arte. 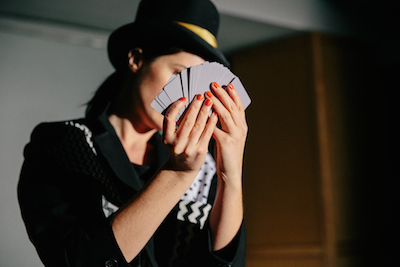 In the trajectory proposed by Mast for The Least Important Things, the audience first encounters a poem written with toothpicks on the plaza and then goes on an excursion by the periphery of the theater: its corridors, its lobby, the small auditorium located underneath, the back garden, the adjacent grand stairs. The jaunt continues throughout various outdoor spaces to finally arrive in the Ahmanson Building for the conclusion. During this secular procession, the audience visits the dissimilar architecture of the museum, which serves as a background for the staged actions. But the intervals are as important to this project as the stations, the displacement embodied by an audience wandering through nondescript spaces connecting the dots among these open-ended actions precisely described by Brossa. Precision, however, does not mean plausibility. Most of the objects or poems created by Brossa are furiously literal. They allude to their most basic meaning creating the illusion of an immediate, unequivocal translation.  Some of Brossa’s poems are almost untranslatable to the theatrical grammar since they are caught in a cross-fire: they create a poetic image that promises to be fully delivered on stage but the image truly lies on the instructions, the verbal path created to grab it. Brossa’s voracity guided his work to a zone of continuous transference and in-betweeness. His poems are objects and plays and music and graphic signs and gestures and then poems again through a rigorous vice versa. 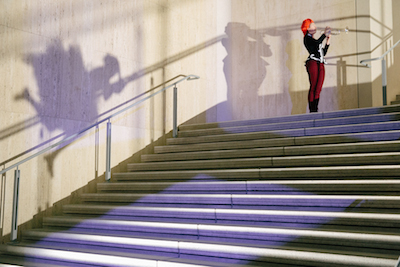 Theater is often the subject of Mast performances. She interrogates theater as a construct, and fights against its invisible ways in a considerable amount of works. For Offending the Audience (2011), a project presented at the Panorama Theater in Los Angeles, Mast staged the famous anti-theater play written by Peter Handke in 1966, with a cast of children. Naturally, the actors—and the audience--struggled to make sense of Handke’s text and the expected confrontation resulted into a massive act of miscommunication. By shifting the focus to the actors and not the text, Mast magnified the disproportionate weight of Handke’s “manifesto” on the shoulders of the performers, creating a play inside the play that advanced its plot beyond the dogmatic spirit of the original text. 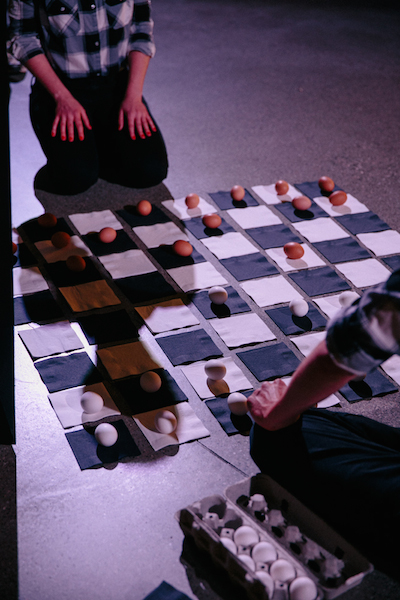 Through a series of vignettes, B!rdbrain (2012) explored provisional connections between theater as language and language as a theater. There is no plot although the story of Alex, a case study parrot believed to be able to think and speak, permeates the performance. The set is reminiscent of Guy de Cointet’s sets for his performances in the 1970s, which also revolved around language as a fictive transaction.  Mast addresses the derailed structures of language and theater with a cast of performers from very different backgrounds: a theater director, a stuntman, a sign language interpreter, a stutterer, a stand-up comedian, a child actor and an auctioneer. All these theatrical languages and their gestualities are brought together to build a modest, faulty Babel tower that crumbles before the audience. 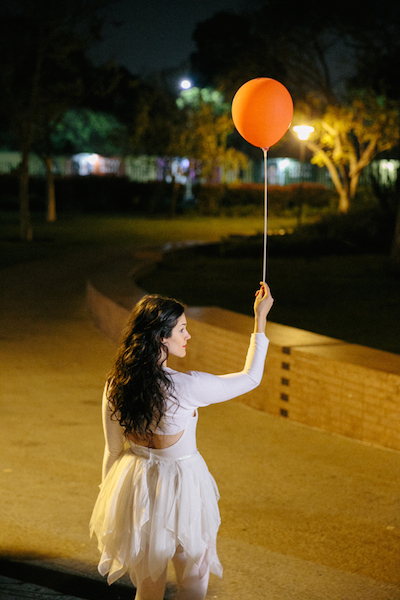 Mast and Brossa share more than one misunderstanding but probably what drew Mast to Brossa’s work was his deliberate confusion between language and theater. In an effort to introduce Brossa’s work to American audiences, Mast enlisted the help of Débora Antscherl to complete a crucial aspect of her performance: the translation of selected Brossa works into English, in most of the cases, for the first time.

Translation seems to always be part of a performance: the transit from one body to another, the elastic arch holding them together. In I Remember, I Remember (originally published in July 2012 and available online at the page of the Poetry Foundation), American poet Mary Rueffle describes a poetry reading by Rafael Alberti she attended in her youth. It was a lesson on translation, performance and the least important things: 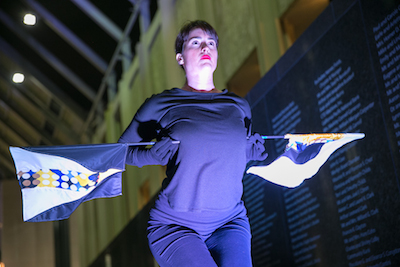 “(…) Alberti read his poems in Spanish and his American translator, Ben Belitt, read them in English. Ben was sober, shy, outwardly conservative; he wore a tweed jacket and tie. Alberti gave Ben a toy pistol, what was called a cap gun, a toy capable of making very loud noises, and told Ben to shoot himself in the head whenever he, Alberti, gave the signal, and that is exactly what happened: Alberti would be reading in Spanish, pause, look at Ben, and Ben would reluctantly shoot himself in the head. But when Ben read the poems in English, Alberti had the pistol and from time to time shot himself in the head with real gusto. I felt it was a great lesson in translation (...)”

This is an excerpt from “Emily Mast Made Me,” an essay included in The Least Important Things, a publication edited by Mast in the occasion of her performance at LACMA.