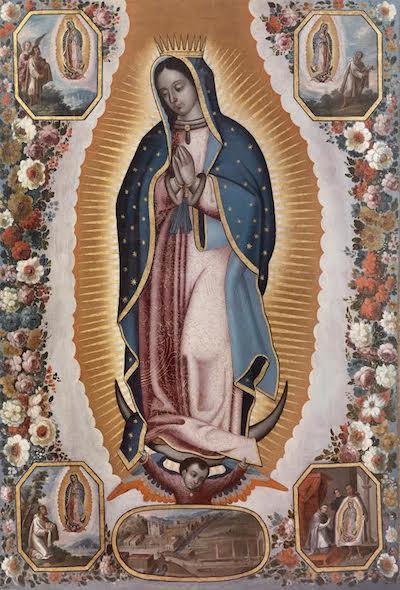 Our Lady of Guadalupe is without question one of the most revered and reproduced images of the Christian world. Legend has it that in 1531, just a few years after the conquest of Mexico, the Virgin appeared several times to the Indian Juan Diego at the hill of Tepeyac, north of Mexico City, and asked him to visit Bishop Juan de Zumárraga so he could build her a chapel on that location. At first, the bishop refused to believe Juan Diego, until he unfolded his cloak filled with extraordinary flowers, revealing the miraculously imprinted image of the Virgin. In awe, the bishop fell to his knees and begged the Virgin for forgiveness. According to tradition, the image imprinted on Juan Diego’s cloak is the same venerated today at the Basílica of Guadalupe in Mexico City, which continues to attract millions of pilgrims each year. 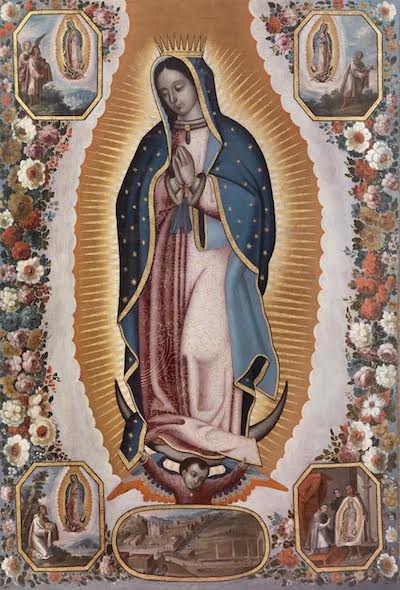 Although the cult of the Virgin of Guadalupe goes back to the 16thth century, her tradition was only firmly established in the 17th century. Contributing to the popularity of the image were several publications that hailed her as the “sovereign of the Americas” and emphasized the providential destiny of Mexico by having such a holy image appear there. Throughout the 17th century the fame of the Virgin as a wonder-working icon grew among all sectors of society. She was said to perform many miracles, from bringing people back to life to stopping the dreadful flood of 1629 that had essentially paralyzed Mexico City. In 1665 a group of painters were invited to inspect the image, and declared that it was not painted by human hands (in other words, that it was divinely created).

Antonio de Torres is one of the foremost painters of the early eighteenth century in Mexico. He was the cousin of the renowned painters Nicolás and Juan Rodríguez Juárez (1667–1735; 1675–1728), who introduced important stylistic changes and sought to elevate the status of painting in the viceroyalty. In 1722 Torres was selected, along with his cousins, to inspect the original image of the Virgin and attest to its miraculous origin—a rare privilege that underscores his exalted artistic status. 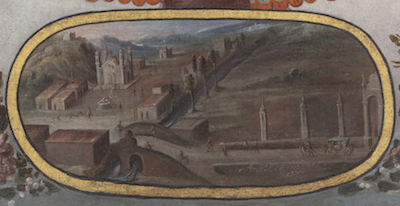 In this painting the Virgin is depicted in the center surrounded by rays of light, encased by a mandorla of delicately rendered flowers. The composition is surrounded by four vignettes detailing the apparitions of the Virgin to Juan Diego. The larger roundel at the feet of the Virgin depicts her new sanctuary (completed in 1709) at the hill of Tepeyac. This striking image, the first by the celebrated Torres to enter LACMA’s collection, bolsters our expanding collection of Spanish colonial art and stands as a testament of our city’s enduring ties with Mexico.