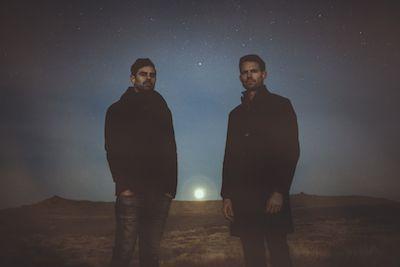 Muse 'til Midnight with Tycho, Willits, and the Silver Lake Chorus

Muse 'til Midnight has a history of bringing music and art together after-hours at LACMA, and this year our mashups are better than ever. Scott Hansen, who has been mastering dreamy downtempo techno for the past ten years as Tycho, is featured at Urban Light with a Willits DJ set opening the evening. Later, the Silver Lake Chorus takes the dreamy evening into their own hands (and voices) with live performances inside Van Gogh to Kandinsky and John Altoon.

We had a chance to speak with the event’s performers and get an inside look at their relationship to art, music, and what they’re looking forward to about the event. 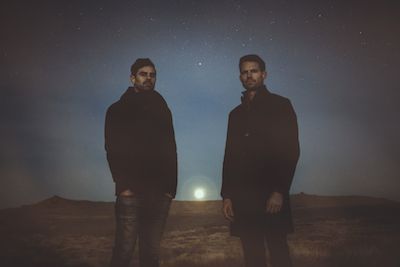 First things first, let’s introduce you and what you do.

Scott Hansen (Tycho): I am a musician/producer and a visual artist working in graphic design and video. Tycho is an audio/visual project which combines all of these disciplines.

Christopher Willits: I love to create experiences of peaceful intensity. I do this through sounds and images. I'll be playing a DJ set at LACMA, no live guitar, voice, or images with the music, but I like that challenge--creating images without using light.

The Silver Lake Chorus: We arrange, sing, and create music that reflects the indie spirit of our community in Silver Lake. Our current album features never before heard songs written for us by awesome indie musicians like Justin Vernon, Tegan & Sara, and Ben Gibbard. 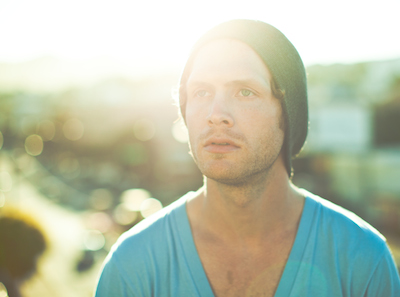 Does the world of visual art inspire you when you're composing and creating music?

SH: I don’t see a very distinct separation between the music and the imagery I create as Tycho. They are both means to the same end, to translate a larger vision. There is a lot of interplay between both sides during the composition process, it’s not so much that they inform each other, but that they are both coming from the same source and that they are both designed to reinforce a singular vision.

TSLC: Absolutely. Often when we’re arranging we turn to paintings for inspiration. Visual art is an amazing tool that helps us find a given mood or tone. Also, we rehearse in an abandoned church with stained glass windows all around, which always seems to inspire us, especially for the more haunting or ethereal numbers we do. 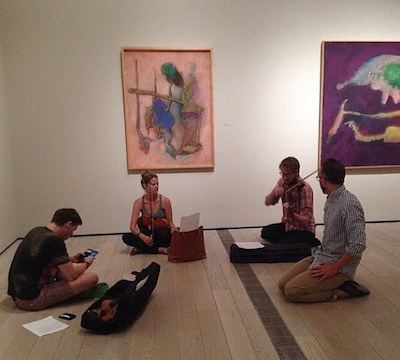 The Silver Lake Chorus warming up inside the John Altoon exhibition

SH: Around about eight-years-old my dad’s friend gave me a set of mix tapes with most of the Beatles' discography. I think hearing the Sgt. Pepper’s Lonely Hearts Club Band and Magical Mystery Tour for the first time taught me what music appreciation could be. Until then I had just heard stuff my parents played or songs on the radio with a passing interest.

CW: I think I was two or three and I was doing this circular sufi-like dance listening to my parents cranking "L.A.Woman" by the Doors.

TSLC: I remember being at summer camp when I was really little, and we did an art project where we cut a circle in the bottom of a paper bag, like the ones you get at the grocery store. We were given paint and were instructed to paint the bag however we wanted, then put the paper bag on like a suit of armor, putting our head through the hole we'd cut on the bottom of the bag. Once we'd finished, I was gallivanting around in my colorful brown paper armor and feeling like a totally different person, like I was a magical creature from a different time. That's a pretty cool feeling all from a brown paper bag, some scissors, and some paint. (Mikey Wells, Choral Director) 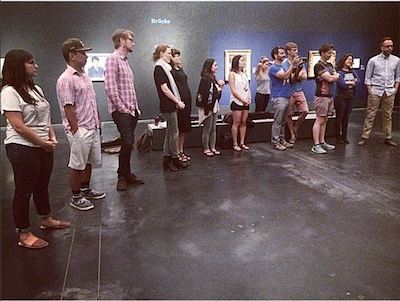 SH: A space dedicated to preserving the history of music technology. Ideally the instruments would be playable but I know that’s not really feasible.

CW: An immersive experience of sound and light and smell. I have not experienced this where it felt completely connected, so my friends and I are striving to create this experience in a new space in San Francisco soon. 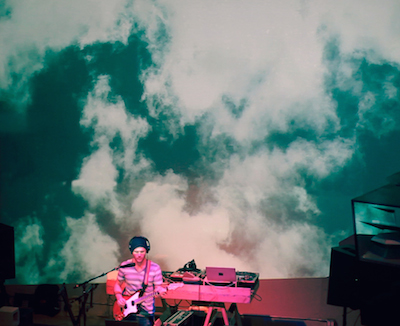 What are you most looking forward to about performing at LACMA's Muse 'til Midnight?

CW: I'm excited to connect with a bunch of new people and really just have some fun, celebrate life with a bunch of friends and friendly strangers. Scott and I are like brothers and it's always fun to create a space together.

TSLC: Being part of an event where timeless works of art, guests who are looking to have an experience, and musicians come together to share in a truly unique and colorful evening.  Singing harmonies in massive, reverberant exhibition halls amidst expressionist art sounds like a really good time.

Muse 'til Midnight, happening this Saturday, August 2, at 8 pm. On the lineup:

Don’t miss this arty party: tickets to Muse ‘til Midnight are available now at lacma.org.