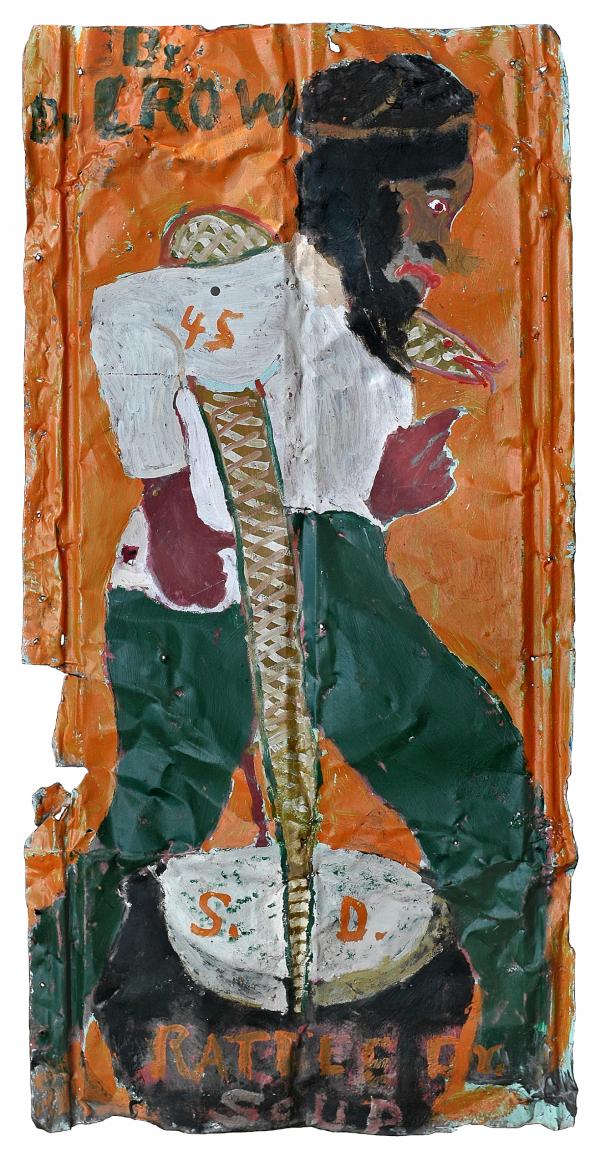 A World Made Visible

Few artists come along who blur the lines of the aesthetic paradigms of “fine art” or “folk art” and transcend both with a truthfulness and verve that allows us to see within the mythology. Sam Doyle is such an artist. He gives us more than mere images of vivid clarity, he opens an intimate world of America's history, a diasporic history that is still so close it haunts the present. Like Henri Rousseau, a great parallel, whose crafted images, which are just as mysterious, spoke in an oblique way to the interior of the French psyche's colonial ambitions, Doyle's impassioned artwork speaks to both our hearts and our minds.

Were Doyle properly considered a neo-expressionist, he would be framed by a zeitgeist blessed by kindred artists who also engaged their deepest feelings. The movement, characterized by an array of styles that ranged from quasi-religious undertow to existential symbols of contemporary angst over historical events, was filled with a violence of cynicism and bleeding, sensuous wonder. Internationally renowned artists of such contrast as Francesco Clemente, Georg Baselitz, and Jean-Michel Basquiat (a passionate fan of Doyle who collected his works) are just a few of the artists who created in a wild profusion of “self” expressionism.

Doyle's very nature embodies Matisse's “dream of the unconscious,” reaching for subject, color, image, and abiding meaning that defines where paint and line will dwell. A self-taught creator, Doyle's intuitive skills at organizing the image within the classic renaissance rectangle on corrugated tin, or detritus wood, added depth to his vision. One senses his awareness, his ease at placement, his daring scale, and his bold textual pronouncements, which he often added to shape his visual narrative. “I paint from, I would say, the mind's eye,” he told NPR in 1983, “I know what it's all about you see.” 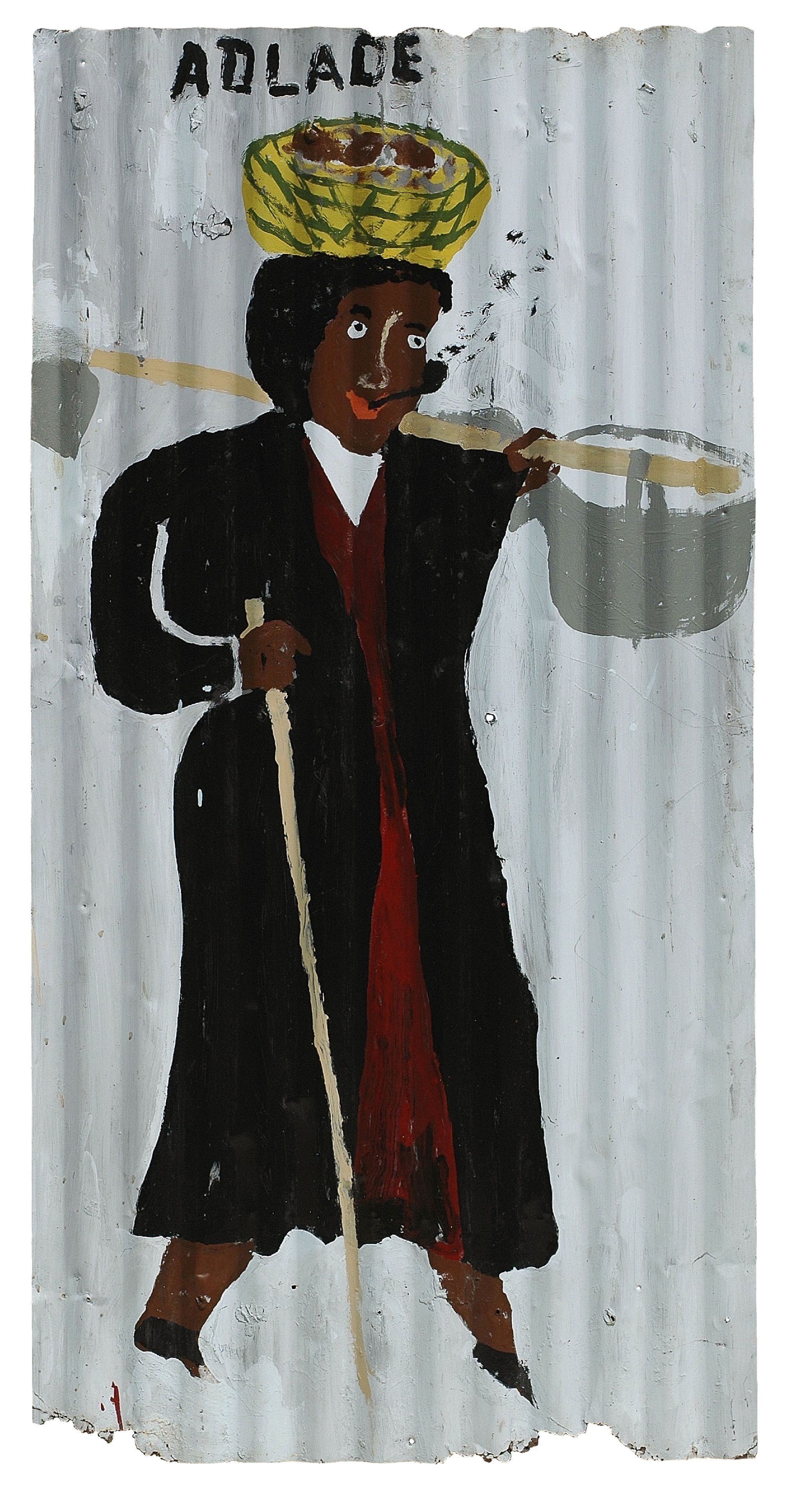 Both a devout Baptist and culture bearer, Doyle recorded powerful images of Christian mythology and African folklore in bold depictions, melding cross-cultural entities into a single reverent oeuvre, and displayed them all in the front yard of his two-story wood home, which he built on a few acres of ancestral farm land on coastal South Carolina's St. Helena Island. Over the years, his museum-like display evolved into the St. Helena Out Door Art Gallery. Visitors witnessed portraits of the great root doctor, Dr. Crow; his nemesis, Devil Spirit; Penn Drummer, an homage to Penn School, which was established on the island in 1862 to assist freed slaves; Jake, Our Best (“Jackie” Robinson); Rey (Ray Charles); and First Black Midwife, a sociopolitical commemoration of contributions by African Americans to child rearing, honoring his maternal grandmother, who he posed holding a golden child. 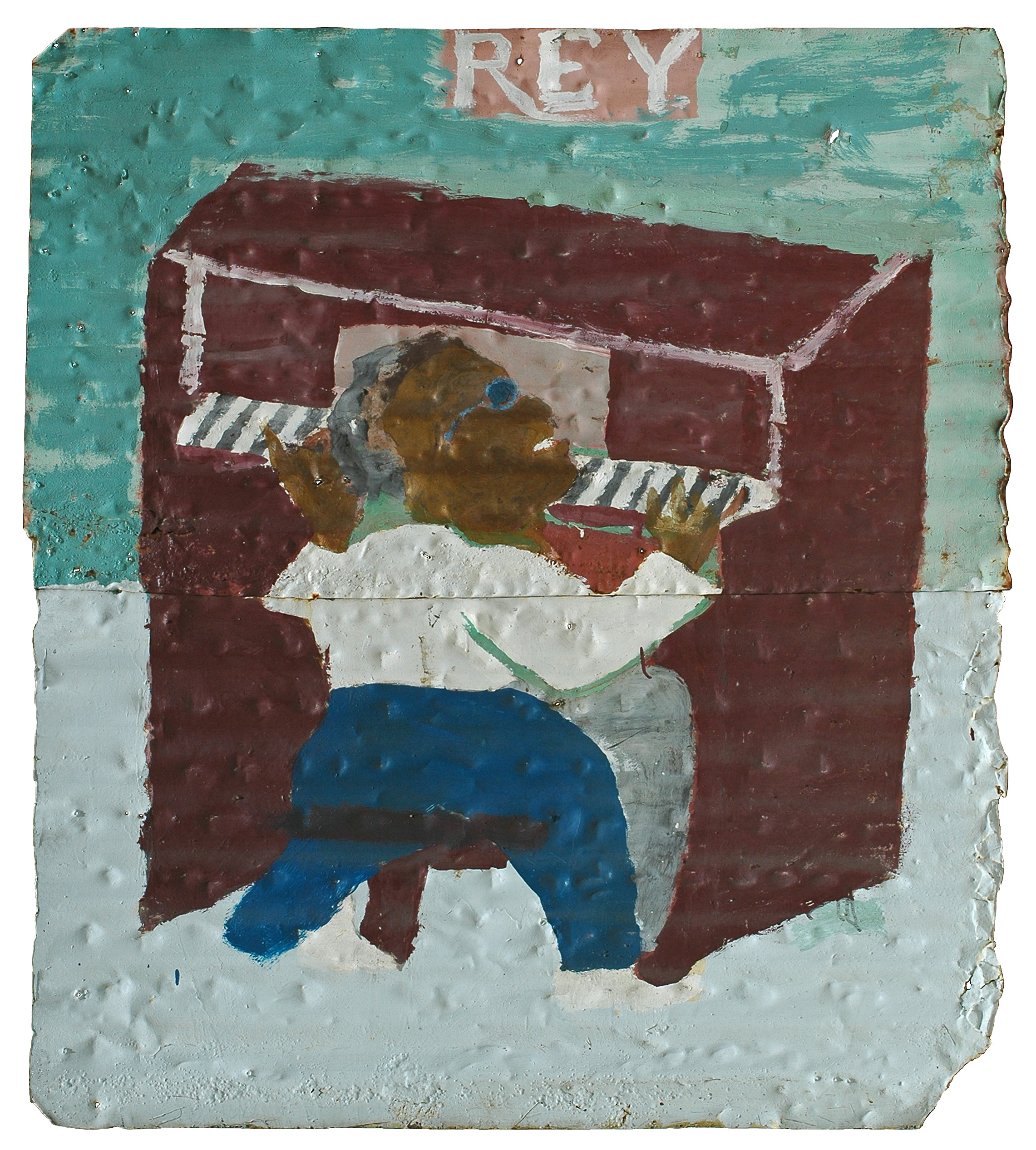 Doyle painted his subjects in full glory with purposeful garb, attitude, tools, and emotions—all bathed in thought-provoking gorgeous colors. Perhaps they are more than portraits, perhaps they are records of memory illuminations where status, image, and emotional hues coalesce into vivid, personal, graphic icons, that danced in his “mind's eye.” For Doyle, it was as much about memory as about dreams. In the words of John Ruskin: “The purest and most thoughtful minds are those which love color the most.” 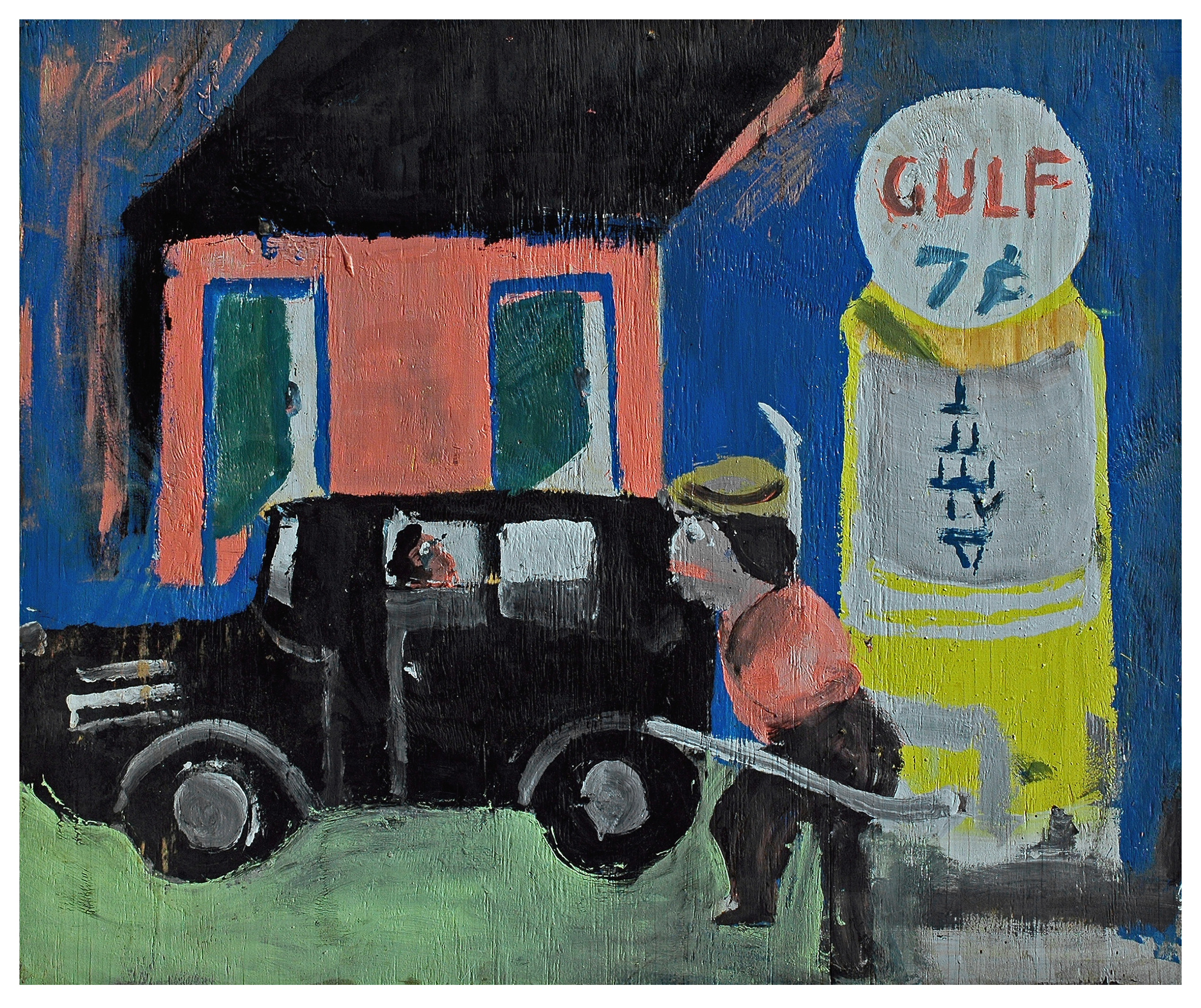 The artist discovered on his home ground the profound nature of how art lives and has always lived, deep down, inside the well of our unconscious, where dreams stain of memories and their relentless present form the echo chamber of our social consciousness. Yes, he took note of the wider world. But, with bold, sure-handed strokes and vibrant colors, he stayed true to his mission. There was no air of transcendence, just the ethereal dance with the dense, celebratory air of mythology immemorial. 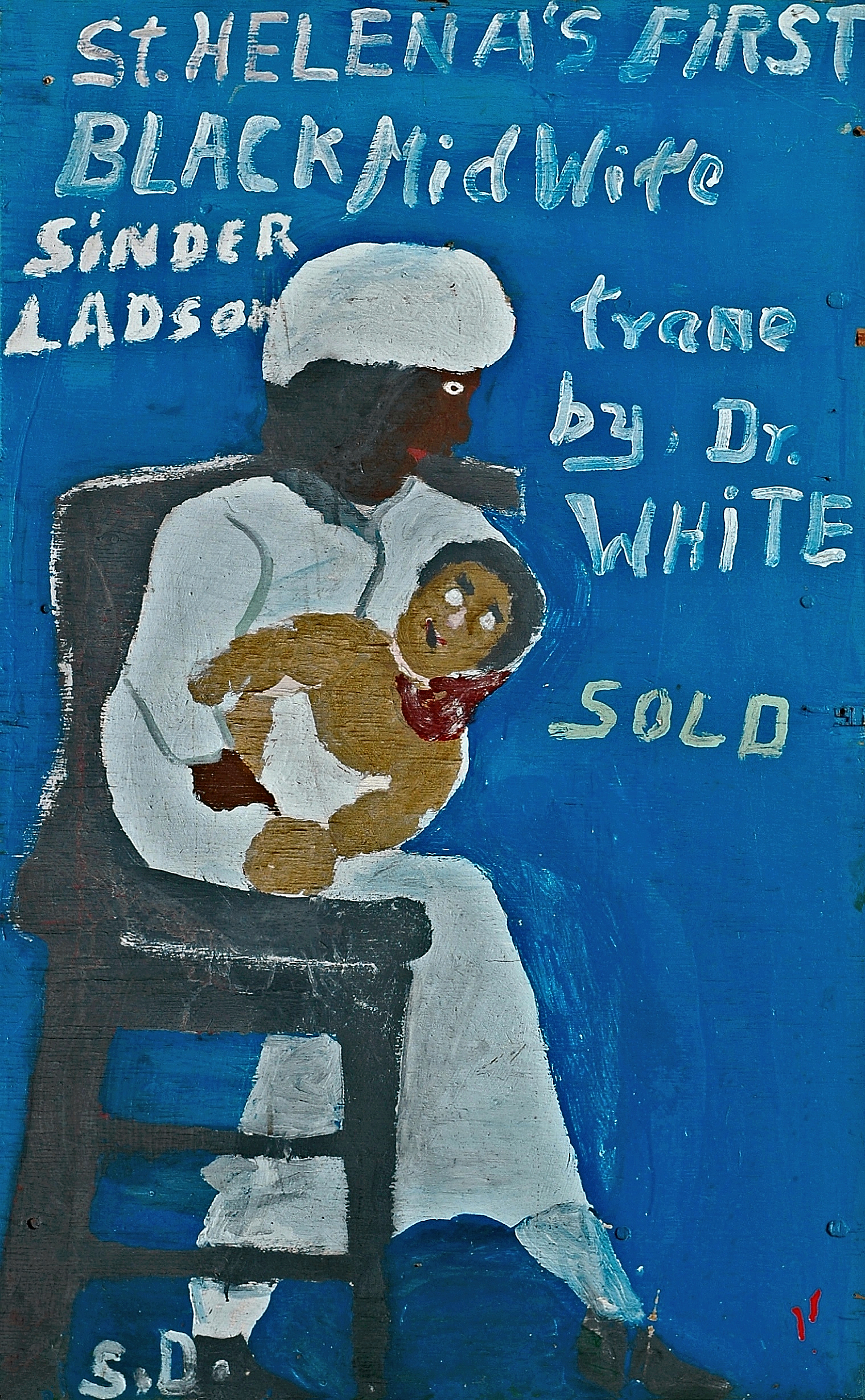 In scholar and collector Gordon W. Bailey's thoughtful essay considering Doyle, “Haints and Saints,” a black-and-white photograph shows the proud artist, his dark skin glistening, settled into a metal lawn chair in front of a modest wood-frame structure adjacent to his house, where he painted when the weather was bad. It is an image that countervails the commoditized art universe with the ease of a shooting star. In the background, guarded by a nearly abstract wire fence, a few of his artworks (marked “Sold” to discourage collectors) can be seen. There are no fictional conceits or exotic matter—he simply is—as if lifted from the earth itself.

Doyle painted our presence, our enslaved history, our American history. His Gullah lore, with its African shadow, guides us outward, giving lines of reference, making a world visible, tangible, naming the dreams, tagging the darkness. Doyle is our witness, our voice, our griot. He created art that does more than arouse—it reveals. Its very essence lives nature deep within our culture in those blank spaces where time has separated us from our dreams, our nightmares, from our dark history.