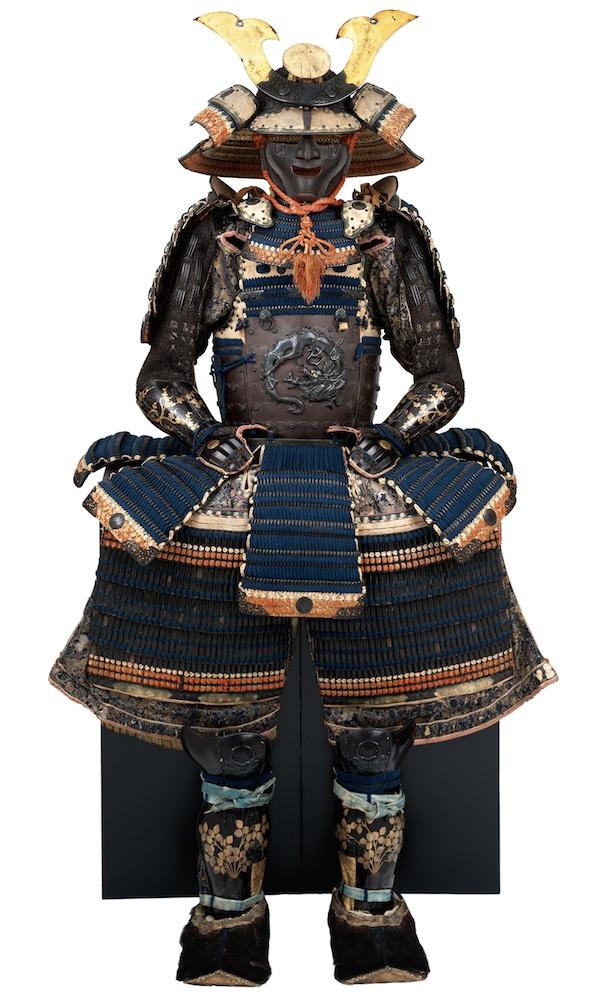 Functional Art: Armor of the Samurai

For many, the word “samurai” conjures images of a stoic warrior, swift in battle, armed with his sword (katana), a powerful weapon of destruction. But essential to the samurai’s survival was his armor—battle regalia that did not sacrifice beauty for functionality. 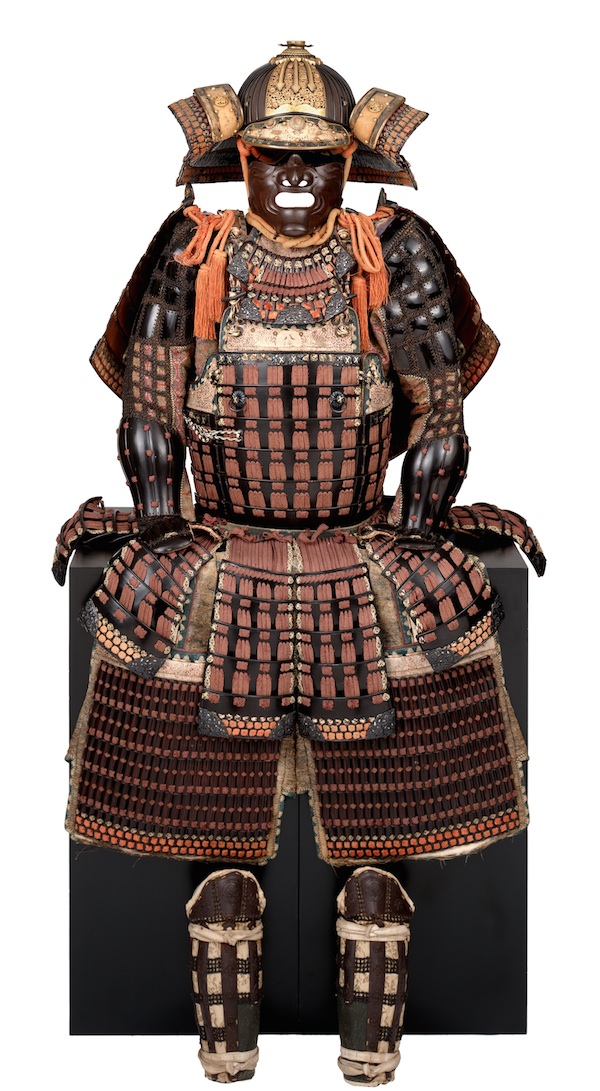 In LACMA’s newest installment, Samurai: Japanese Armor from the Ann and Gabriel Barbier-Mueller Collection, viewers are invited to witness the evolution of Japanese armor from the 12th to the 19th century. As described by LACMA curator Robert T. Singer, the exhibition calls attention to “the fantasy, [and] humor of Japan’s art in a traditional, three-dimensional way.”

A walk through Samurai takes you into the majestic world of these Japanese warriors—the artistic skill and dedication evident in each suit of armor a testament to the samurai’s respected status. Visitors are greeted by the powerful presence of samurai towering over them: a set of three warriors ride atop horses, rider and steed fully clad in armor. In fact, samurai horses were not armored until the 17th century, when their attire became a symbol of prestige during ceremonial processions. 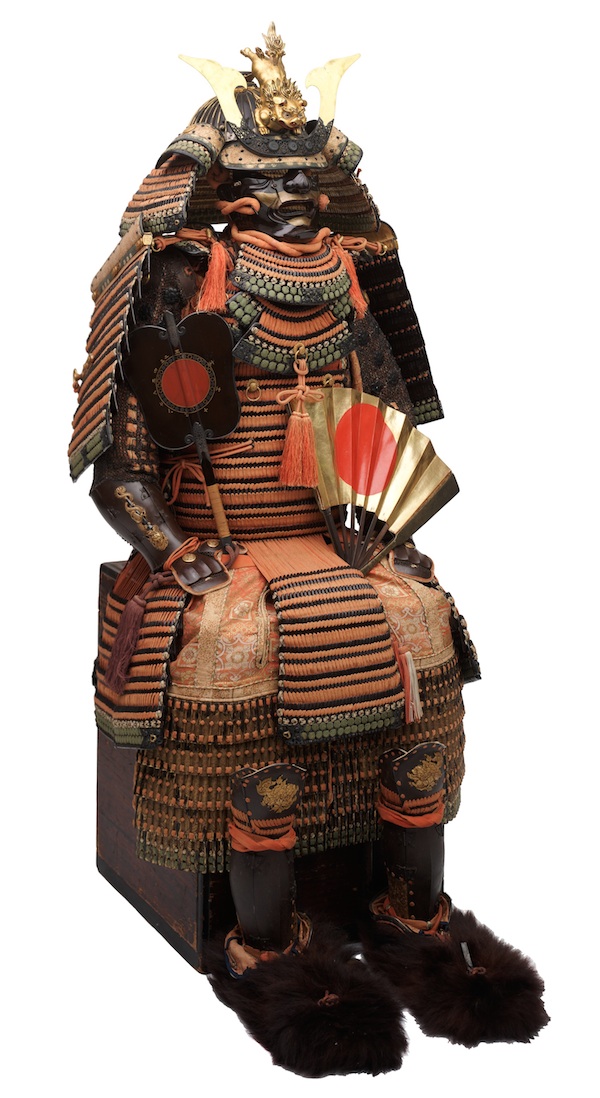 Samurai armor was an art form comprised of various elements including iron, leather, and precious metals. Artisans worked in groups over a period of several months to create a single masterpiece weighing between 20 to 45 pounds total—significantly lighter than the Western equivalent. Essential components included: a helmet (kabuto), mask (menpō), and chest armor (dō), to be worn in combination with protective guards.

Discussing his intent behind Samurai, Singer said: “My story is not about the samurai. My story is more about the art, the idea that a samurai, a warrior class, would be so interested in such fantastic symbols and mixing together Buddhism, Shinto, and things which would not mix together outside this culture.” These symbols vary from animals and vegetation—be sure to see the eggplant helmet—to mythical figures and abstract motifs.

For Singer the most fascinating element of the samurai is his helmet. One in particular catches his attention, an iron headpiece in the form of a glowering predatory bird personified by the deep furrow of its brow. Atop these features a flourish of feathers fans out, while globular shapes emerge from the sides of its head. Referencing this piece, Singer comments: “The suits of armor are beautiful, and there’s certain metalwork on them and so forth, but I love the helmets, like this guy, you know, the bird-demon mask.” 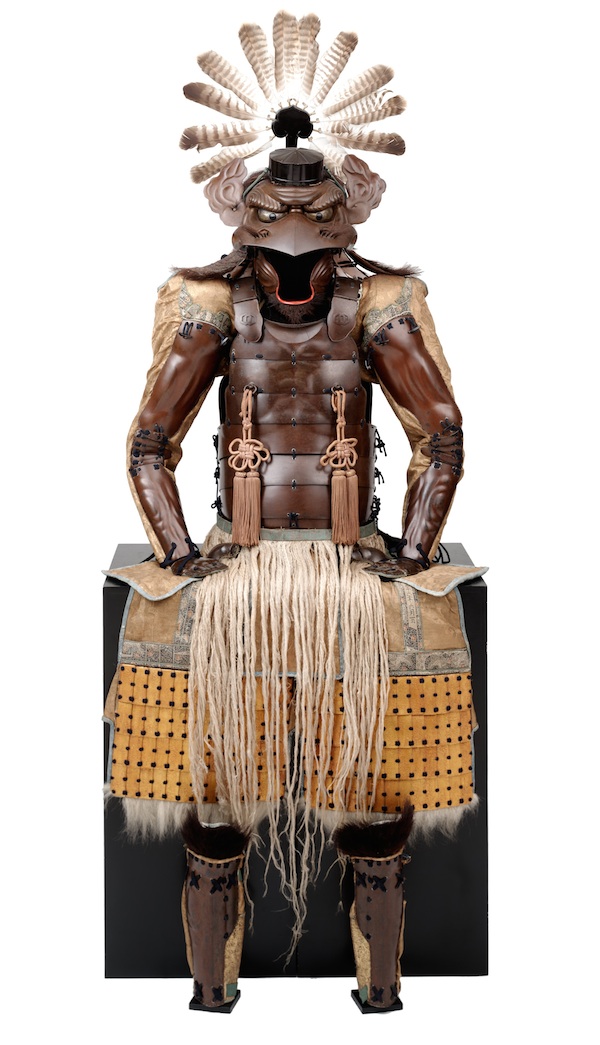 Helmets served a protective and performative function, their symbolic significance surpassing cultural borders, Singer elaborates: “Animals, Buddhism, Shinto, they’re all mixed up. We really don’t understand why. This is performance, ceremonial, processional armor, and they’re showing off, they’re trying to be, sort of, outside the normal world.”

Although Japan underwent a prolonged era of peace under the Tokugawa shogunate (Edo Period, 1615–1868), during which samurai armor experienced a rise in aesthetics, the samurai remained ever ready for battle. Though far from the battlefield, the helmets continue to incite awe, and invite today’s curious observers to explore their meaning. 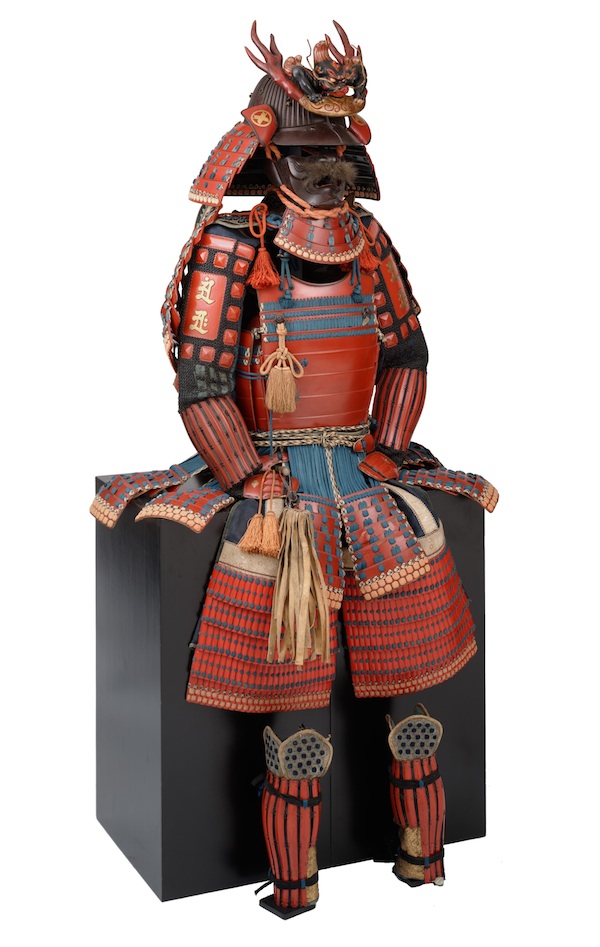 Samurai: Japanese Armor from the Ann and Gabriel Barbier-Mueller Collection is now on view at LACMA’s Resnick Pavilion. 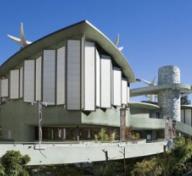 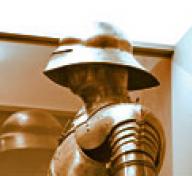 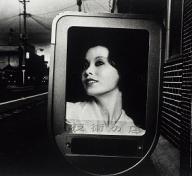