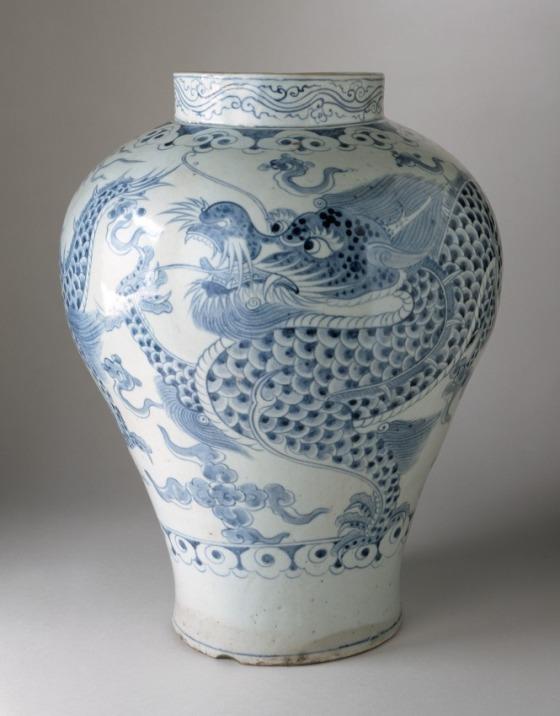 From the Collection: Jar with Dragon in Clouds Design

A large, scaly dragon dominates the porcelain surface of this jar, which features an underglaze design painted in blue. First produced in Korea in the 15th century, this type of vessel, with its fine and delicate shades of cobalt, required minerals that were imported from long distances from Iran across the Chinese subcontinent. A jar such as this one, with its expensive exported ingredients, would have been owned by a royal household prior to the 18th century. With prosperity in Korea, however, came the distribution of such objects throughout a larger range of society.

The mythical creature on this vessel is depicted with big, friendly eyes, feline-like teeth, and small horns. The auspicious dragon was (and still is) held in high regard throughout Asia, where it is commonly associated with nobility and prosperity. The dragon's expressiveness and the dynanism of the scene provide clues that a court artist most likely painted the scene on this jar.

This jar is currently on view on the second floor of the Hammer Building. Check out LACMA's Collections Online to learn more about this work.

This year marks LACMA's 50th anniversary. We're celebrating all that we've done while looking forward to what's in store for us in the next 50. Check back every week on Unframed to find a highlight of an artwork from LACMA's collection, which features over 120,000 objects that span time, the globe, and all cultures. This is 27/50 of the series.

1 comment
Carole Weiner says:
I love this piece and I have looked at it numerous times. Are there 1 or 2 dragons on this jar? All the literature on the piece mentions only one dragon. I hope someone can answer this question. 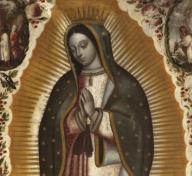 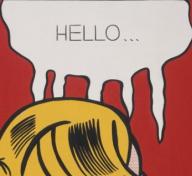 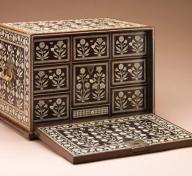