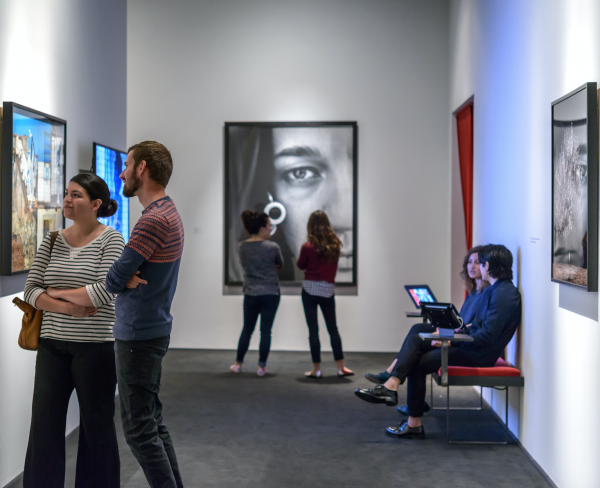 The intentionality of the artist is often lost with time, even short periods of time, to be replaced by the new interpretations that viewers may bring to the work of art. Such is perhaps the case with Shirin Neshat’s Speechless, to judge by certain visitor reactions while it has been on display at LACMA as part of the current exhibition Islamic Art Now: Contemporary Art of the Middle East. For some, the immediacy of this photograph has much to do with the anxieties of our present day rather than the circumstances of its original production. 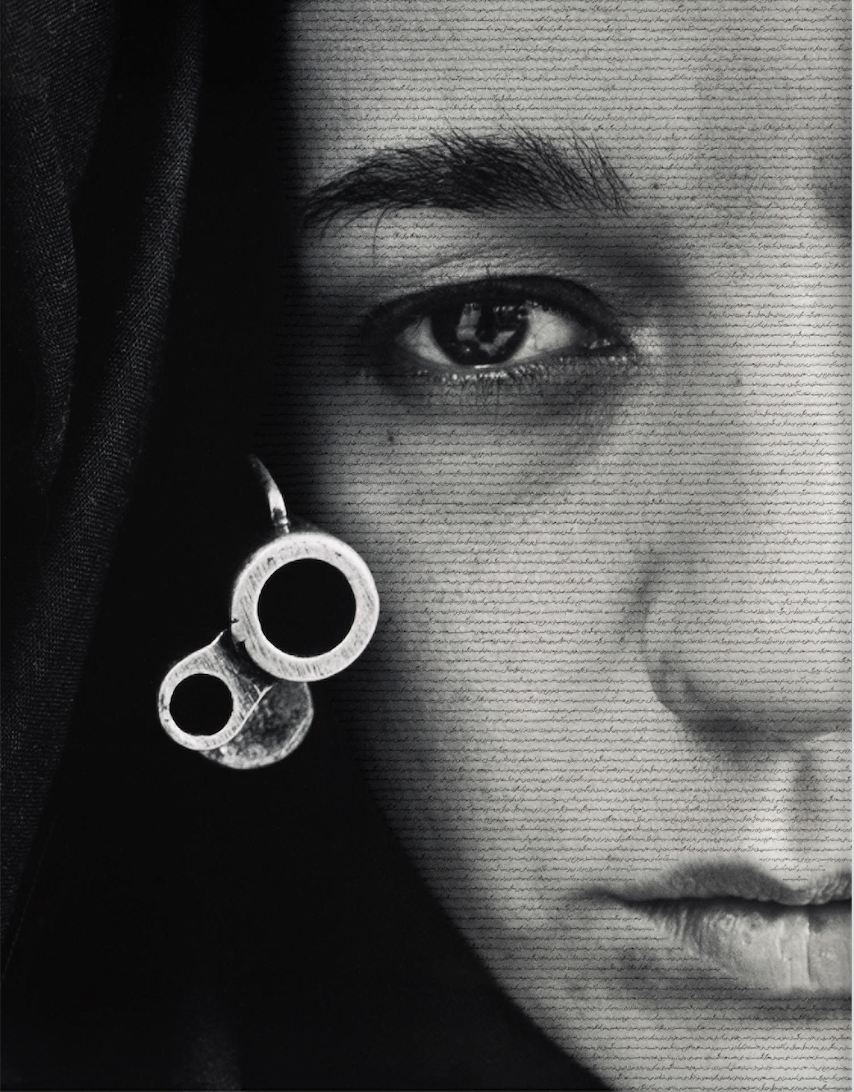 Shirin Neshat is the most recognized artist of the Iranian diaspora. Although she left Iran as a teenager several years before the 1979 Revolution and subsequent establishment of the Islamic Republic, her artistic practice is deeply marked by this period of political turmoil and socio-religious upheaval. Neshat’s return to Iran in 1990, after an absence of sixteen years, informed her first major body of work: the photographic series “Women of Allah" (1993–97). The series comprises black-and-white images of chador-clad women, often the artist herself, covered with handwritten text in black ink, and frequently focusing on different body parts—face, feet, hands, eyes. At times, the model, gazing directly at the viewer, poses with a rifle or gun in a provocative manner, while nonetheless complying with an Islamic code of dress. Neshat has noted the deliberate emphasis on four symbolic elements in this series: veil, gun, text, and gaze. She intends these images to be ambiguous; they contradict a Western notion of Muslim women diminished and desexualized by the veil. Clothes may make the man but not necessarily the woman. While they may seem disempowered by their faith, Neshat’s women are strong, even heroic; they are eroticized by their weapons and sanctioned by the Persian texts inscribed on their bodies, which enable them to speak although they are forced to remain silent.

The mesmerizing photograph Speechless is the most evocative and representative image in this series. It shows the right side of a woman’s face, the barrel of a gun emerging like a gaudy earring from the shadowy area between her cheek and the barely visible chador. She stares calmly outward. Although Neshat has tightly framed the subject’s face, it is the viewer who is held captive. The face, except for the eye, is covered with Persian text written directly on the image. For Neshat, the often painstaking and meticulous act of writing provides her with a more physical connection to her art. The words are those of the Iranian poet Tahereh Saffarzadeh, in which she addresses her brothers in the Revolution, asking if she can participate:

I am your poet…

I have come to be with you

and on the promised day

we shall rise again

Here Neshat is neither endorsing the Revolution nor countenancing martyrdom; she is not documenting women in the Islamic Republic of Iran in either 1979 or in 1990 (or even today) nor is she speaking on their behalf. As an artist, she is imagining for us in strong visual terms the mental state of a revolutionary woman.

For some today, the visual equation of hijab and gun, or even hijab alone, has a different meaning, based for example on recent public response to a mural on a building in Red Hook, Brooklyn. There, an image of the right side of a woman’s face framed by a chador and with her mouth obscured, was first effaced and then had to be removed because some local residents associated it with the 9/11 terrorist attacks on the World Trade Center (although it was intended to highlight the suppression of free speech within the framework of an international campaign against human-rights violations in Iran). 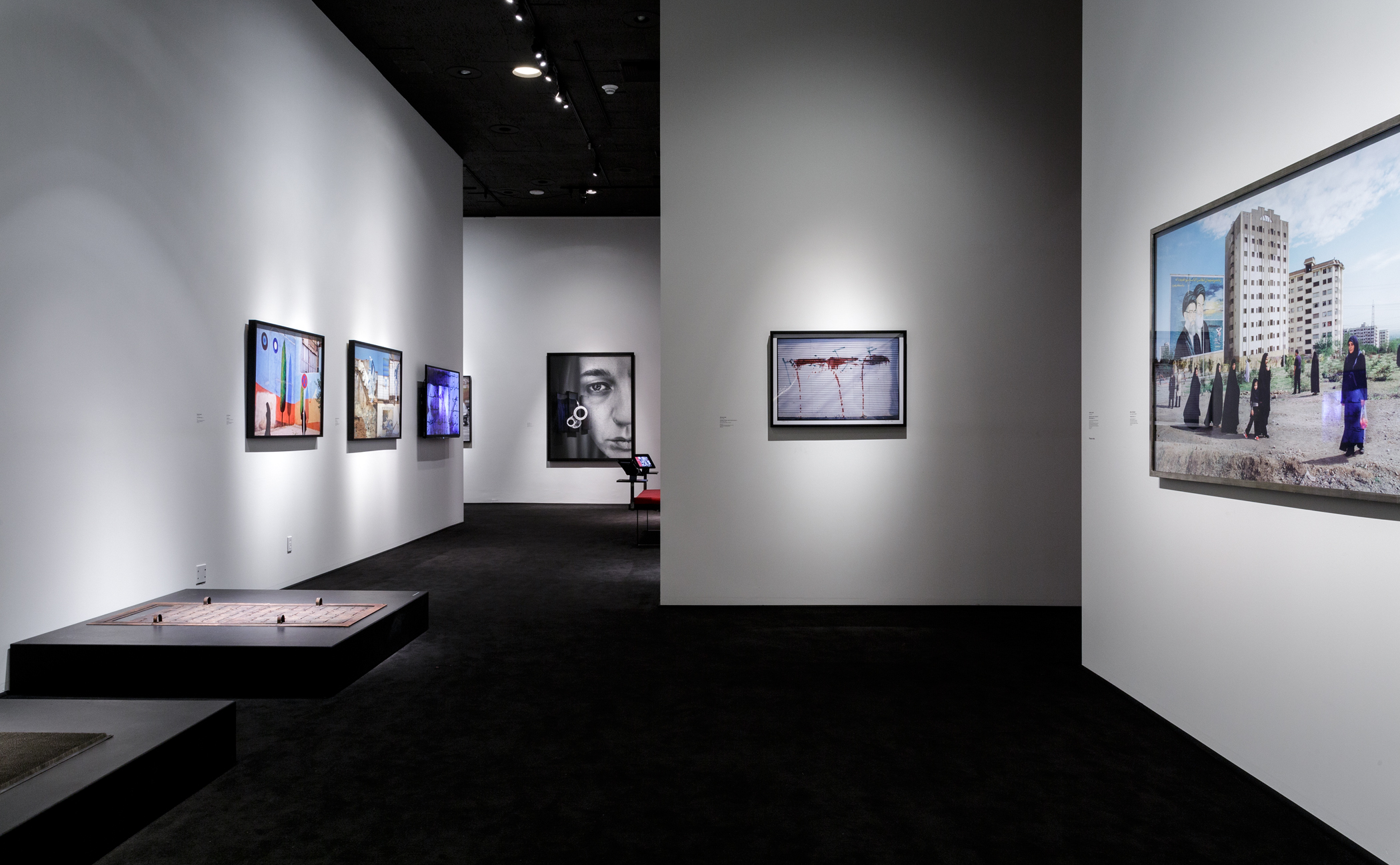 In the exhibition Islamic Art Now, Neshat’s photograph is one of over a dozen images of women, several of them wearing hijab while others are depicted in various states of dress and undress. Even within this larger context, some see only the hijab and the gun. Ultimately, it is a brilliantly provocative work of art and as such will always engender complex reactions. But for those who take the broader view, Speechless speaks with many voices: it serves as a feminist tract perhaps standing for the entire twentieth century; it embodies the purported paradoxical nature of women; and, most important, it possesses that rare magic—even while holding our gaze, it takes us out of time and place, and yet it has the unique ability to bring us right back to today and the ideological war being waged over gender, religion, and democracy.

Shirin Neshat will be speaking with author Nina Ansary at LACMA on November 8.