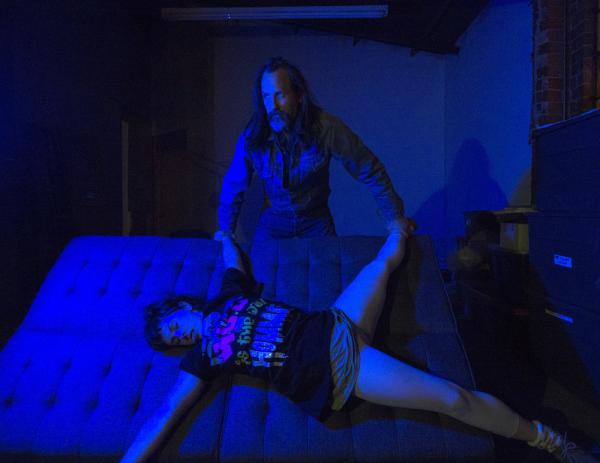 A Conversation with Asher Hartman on The Silver, the Black, the Wicked Dance

After seeing Asher Hartman’s Purple Electric Play (PEP!) in the basement of Los Angeles’s Machine Project in 2014, I left the theater absolutely moved by three main things: the tragic life of a popcorn box’s puppet; the powerful—at once loud and delicate—work of a phenomenal cast, and Hartman’s multilayered text addressing political history as well as issues of violence, sacrifice, and, to a certain extent, redemption.

The site of a work, Hartman told me then, is one of the guiding impulses for its text. We recently discussed how this process played out as he developed his upcoming project commissioned by LACMA. 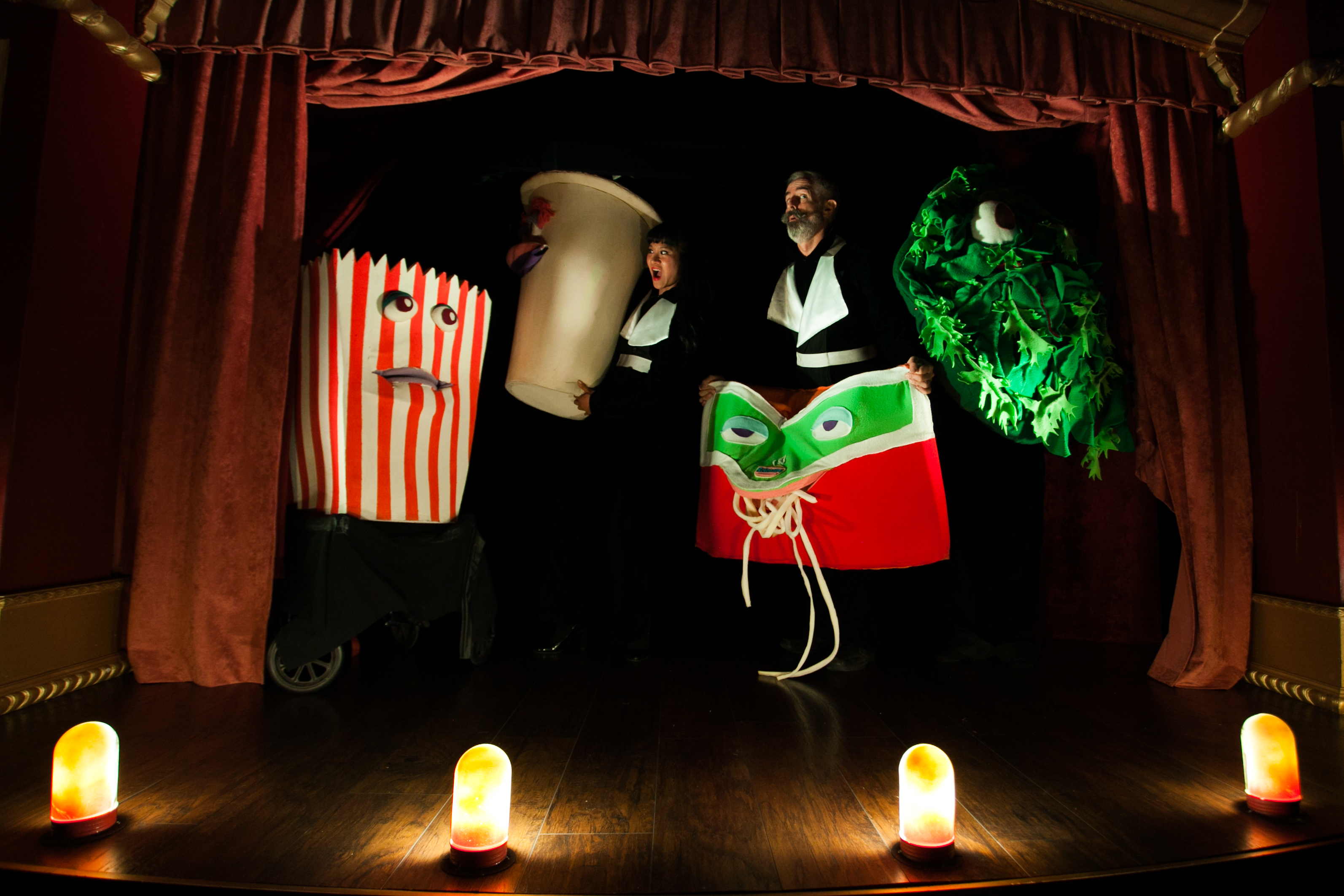 In this new work, The Silver, the Black, the Wicked Dance, how is the museum site part of the story?

I wonder if we can tie feelings of shame, anxiety, and anger to the land on which we live, to the emotional histories that reverberate through it. Using the cycle of predation that led to the nearby tar pits as the first metaphor for this piece, I think about the ways in which we have willfully forgotten our violent history, how that history traces through us and continues to hurt us even if we fail to recognize its effect.

The characters in this piece are deeply wounded by that violence, as interchangeable predators and prey. They shed upon one another. They lose themselves in a desire to abate a feeling of emptiness that has become so evident in American culture. They try to fill that void by insisting on power over each other, by wresting respect or sex from one another, by entwining themselves to achieve a fleeting equilibrium. After all, shame is a leitmotif in American culture, as Brené Brown in her work has pointed out. 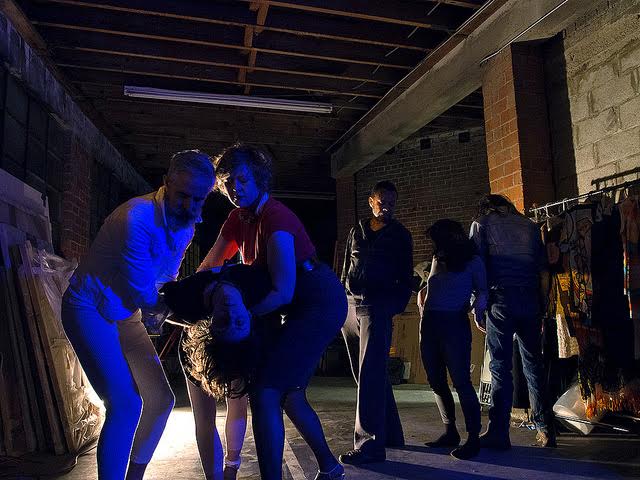 Scouting places in the museum campus for your performance was very telling of the way you think about a play and its possible structure. I remember you kept talking about abduction and alienation after describing LACMA’s Bing Theater as a UFO that happened to land next to the tar pits.

Alien, of course, is a loaded term, and yes, there is a sense in the play of people being foreign to themselves, of making others foreign, pushing others out of the circle of warmth and light in an imagined “home.” Being abducted in the world of the play means being relieved of responsibility for oneself, of being vacant, drugged, numb, imaginarily and literally toyed with by forces larger than oneself.

But the theme of abduction by alien beings also speaks to the unconscious knowledge of the literal abductions of those who became slaves or indentured servants here, the masses who were exterminated or displaced in the forging of what we call the United States.

Class anger, the brutal effects of racism, sexual shame, and a deep misdirected need for love binds the characters, whose histories well up inside them and keep them compulsively returning to each other. 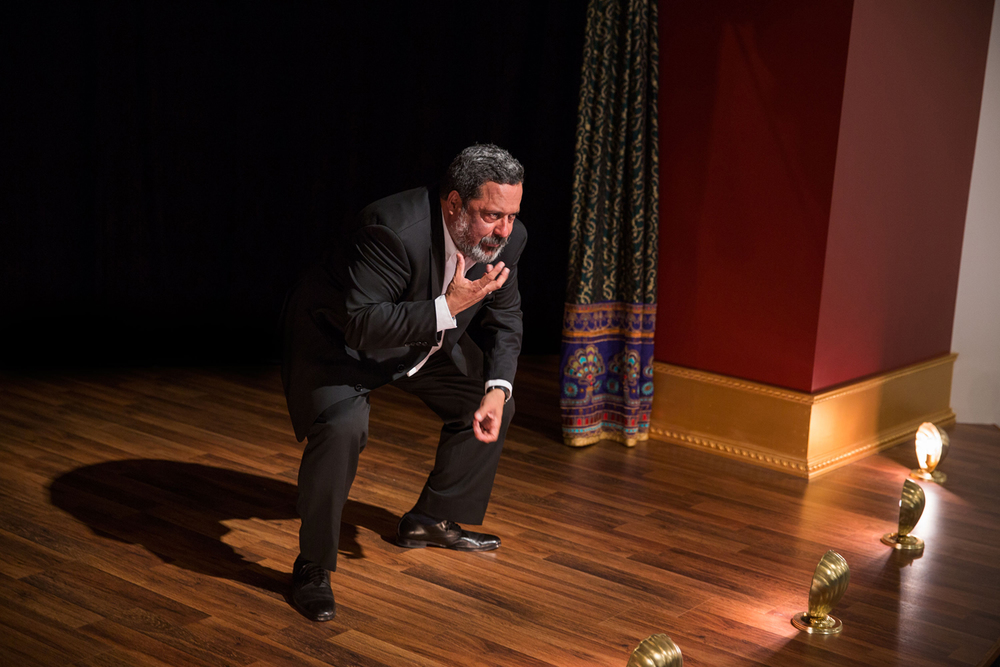 You have a diverse and expansive background as an artist, teacher, writer and even a psychic with the performative duo Krystal Krunch. Could you talk about how these interests collide in The Silver, the Black, the Wicked Dance?

I am a visual artist with a background in theater, so my work fuses ideas from both disciplines. There is a conceptual and emotional storyline to this piece but no conventional arc. Audiences take in the ideas through the very vulnerable work of the actors.

These gifted, highly experienced actors are the foundation of the project. For this piece, I interviewed them at length about their family histories and their relationship to the piece. I’m a practicing psychic. I intuit images for them and, if you will, channel a text grounded in their present, ancestral and imagined lives. Then they painstakingly developed the play’s emotional score, which is as funny as it is excruciating.

As much pain as there can be in American life, as much regret and fear, we hold on to our inventive humor, to that ironic, ludicrous speech that we export in advertising and entertainment. I wanted to blend that customer service speak, that rhythmic jumble of brand and banter, with the heightened language of my text. Sound is key to the production, not only in the oral resonance of the text, but in Chris Kallmyer’s subtle score.

Do you think of your work as performance, as theater? Does such classification even matter to the Gawdafful National Theater?

Gawdafful National Theater is a core group of actor-artists who have their own visual, performance, and theatrical practices but who work on texts that I write for them. I spend a lot of time researching a piece, during which time we talk extensively about what we want to work on together, using psychonautic and meditative practices to tease out interests of mutual importance, the actors’ relationship to the ideas at hand, their philosophies, and their desires. Their improvisatory and intellectual work informs the writing, and together we create the final production.

I work with composers, choreographers, and designers as well. Sometimes members of Gawdafful National Theater use their diverse talents to fill multiple roles—acting, creating props and costumes, serving as artistic director or stage manager, set-building, and in one case, building the theater!They are versatile, interdisciplinary artists with glittering skills.

For this project at LACMA, I am grateful to be working with Bryatt Bryant, Chelsea Rector, Philip Littell, Zut Lors, Paul Outlaw, Joe Seely, and Kensington Smith, with a sound score by Chris Kallmyer and lighting design by Chu-Hsuan Chang. 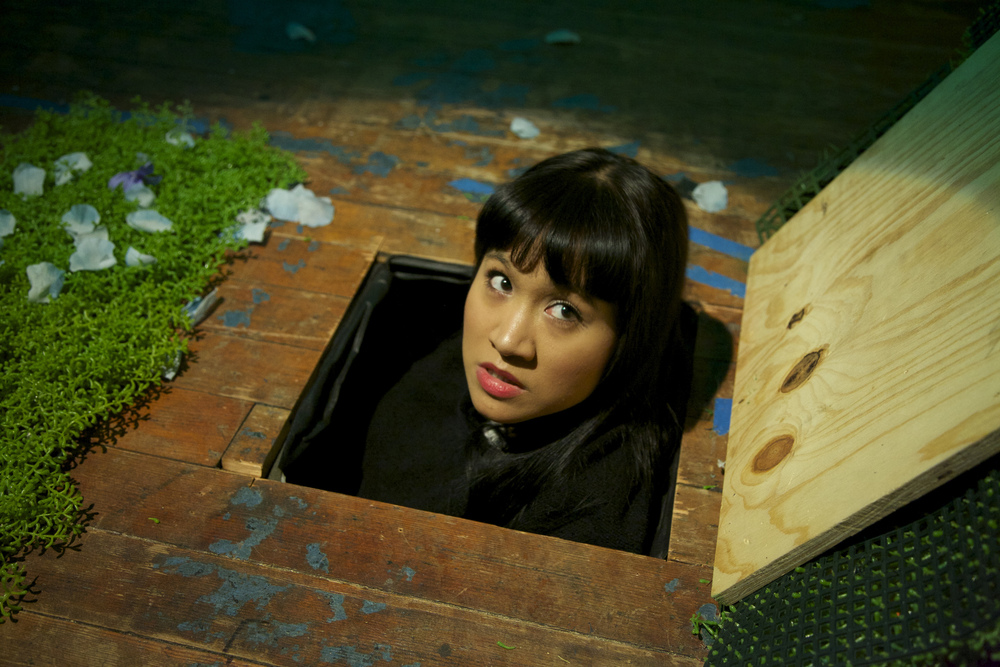 See What Love the Father Has Given Us, 2012, Machine Project, pictured: Jasmine Orpilla, photo: Marianne Williams

That’s a gawdafull cast of characters! What’s the story behind that name?

Gawdafful is an affected rendition of the term “god-awful,” which is probably the worst thing you can say about anything, “It was god-awful.“ I wanted to conjure the idea of a theater that risks being that bad, that risks being outside, totally wrong, overdone. In reality, the work we do is refined yet stillinspired by high school plays, religious skits, and youtube videos, where the self-consciousness of the actor mixes with drive and daring. The term “gawd” flits around the search for the transcendent in theater, its inherent religiosity.

Theater is a near-impossible art, so delicate, so unwieldy, so dependent on feeling, and so often ignored by a culture that is comfortable with imitation and distance. But when theater is good, when audiences and artists are willing to relinquish desire for tight control, there’s nothing as spine-tinglingly exhilarating as the raw intimacy of good theater. Great actors are not only great thinkers but accomplished conduits. They allow themselves to be mirrors of the times in which they live and channels to information beyond our usual apprehension. Watching that, being privy to a rarely articulated truth flowing through a human being in present time, moving, feeling before you, is powerful.

LACMA will present three performances of The Silver, the Black, the Wicked Dance by Asher Hartman with Gawdafful National Theater: Friday, May 13, at 7:30 pm, and Saturday, May 14, at 5 pm and 7:30 pm. 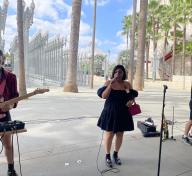 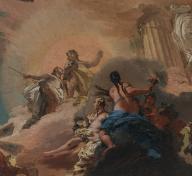