Cute is not the word one might typically use to describe the goings-on in LACMA galleries. Thought-provoking, informative, and sublime come more readily to mind. However, a few weeks ago a group of boys dressed in costumes inspired by Reigning Men: Fashion in Menswear, 1715–2015 took over BCAM to film a music video—and they were indeed cute!

The kids wore handmade costumes based on looks in the exhibition created by Los Angeles-based film costume historian Bobi Garland and costume designer Christina Ingalls. The group scurried through the galleries, each playing their role and causing a scene for the cameras. Posing next to their exhibition look, some of the boys couldn't help but bust out a spontaneous dance move. Their parents beamed and cheered from the sidelines. The exhibition was brought to life in a new and heartwarming way.

Garland, a longtime friend of LACMA, wanted to use her talents to help promote Reigning Men to kids and families. At the same time, she saw a need for costume options for boys that went beyond super hero outfits. To date, she has created 10 looks inspired by Reigning Men—all from items found around the house: construction paper, sweatpants, a pair of Vans, and a marker. Garland hopes that parents will follow her example to create top-notch DIY kids' costumes, rooted in fashion and history. 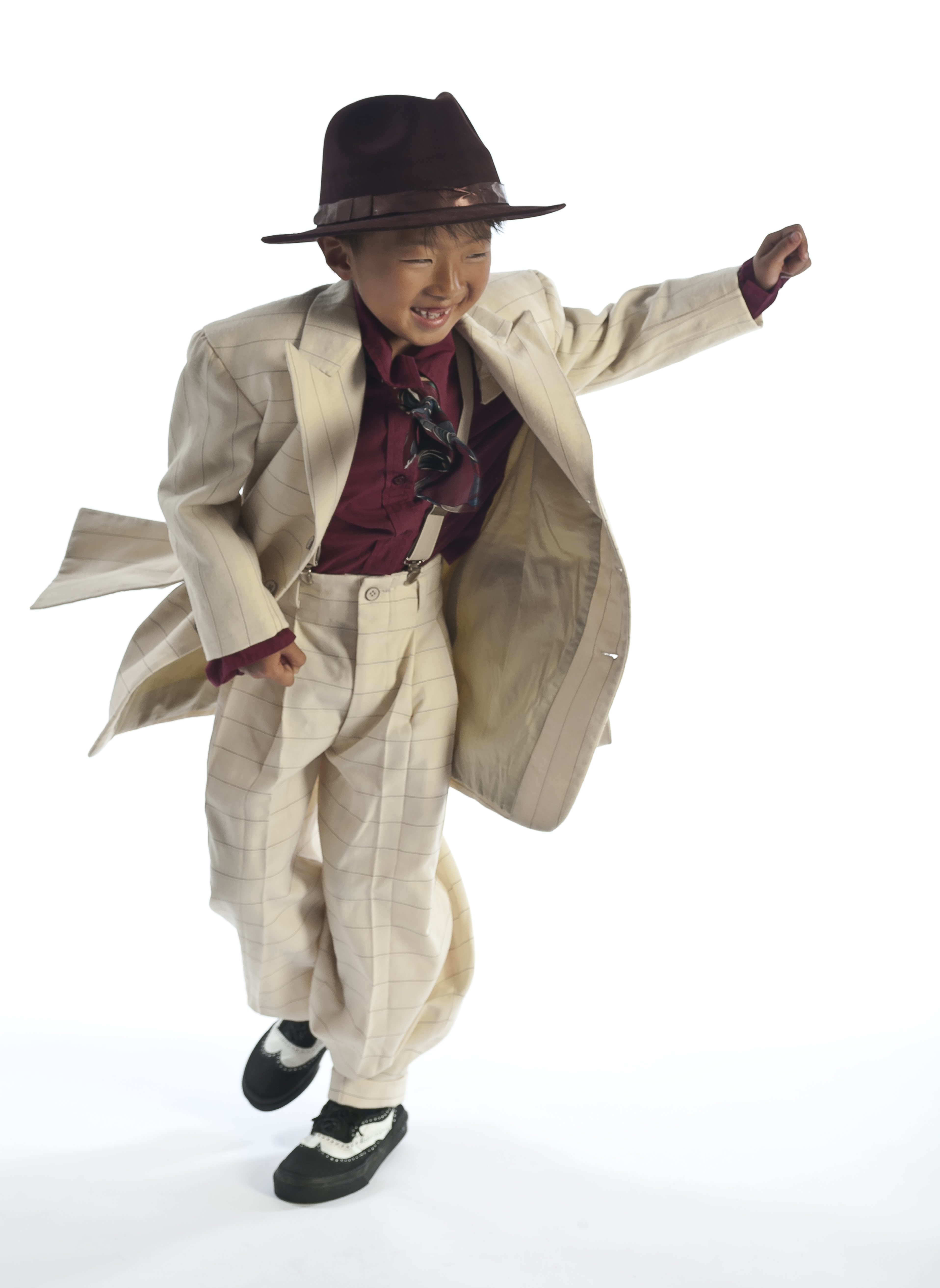 During the video shoot, the kids commanded an impressive span of accessories from wigs and canes to flags and mustaches. We inquired how the young models felt about their costumes. Most reported that the outfits are not what they normally wear but that they appreciate the style. The tiny zoot suiter had asked his mom, “Is this supposed to be so big?” Meanwhile, the mini British Red Coat found his long stockings not only becoming but also very comfy.

Garland personally assembled this group of boys, hailing from all over Los Angeles and ranging from tyke to tween. For some, this was their first visit to LACMA. For all, it was their first time shooting a video inside of an exhibition.

This Saturday, June 25, the costumes will be featured in a special event for families at The Grove. Titled Shrink to Fit: DIY Costumes for Kids from Fashion History, activities scheduled from 1 to 4 pm will include a kids' fashion show, activity stations, a photo booth, treats, and more. Park at The Grove and check in with the Concierge to have your parking validated for the day. A free shuttle will run between The Grove and LACMA from 2 to 6:30 pm. Join us for a full afternoon of family festivities inspired by the history of men's fashion.