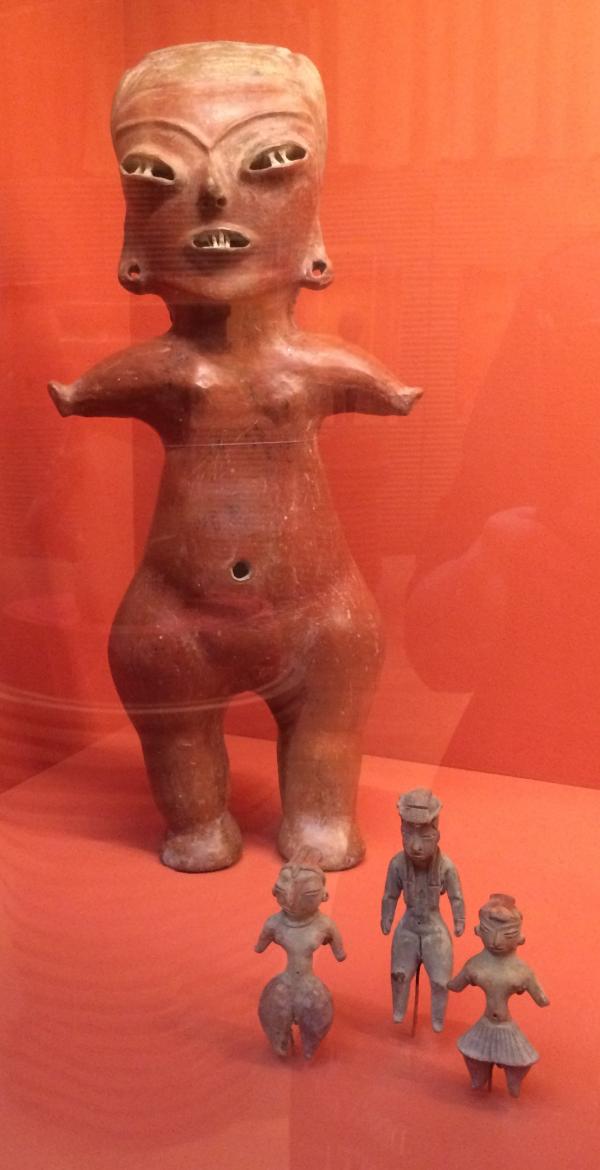 Pretty ladies and alternate beauties. The small figurine in the center is classified as one of the so called “Pretty Lady” figurines. These four figurines are on display in the Ancient Americas gallery in the Art of the Americas Building, Level 4. Photo courtesy Catharina E. Santasilla.

The “Pretty Ladies” of Tlatilco, Mexico

During the summer of 2016, I had the opportunity to conduct research for my dissertation at LACMA’s Art of the Ancient Americas department on their significant Tlatilco collection. This stands out as a very special moment for me, as it was the first museum (as it would later turn out, to be one out of many) where I would analyze Tlatilco objects. Part of my analysis is to measure the object and take notes on condition, style, poses (for figurines), shapes (for vessels), as well as decorations. Additionally, I make sure to photograph the objects. When information is available, I also consider the background of the collector who donated the objects to LACMA. I returned to the museum multiple times over the late summer and fall to examine the objects. Among the approximately 90 objects attributed to Tlatilco, I came across astonishing works that I am thrilled to be able to incorporate into my dissertation research.

My objective is to get a better understanding of the ancient culture of Tlatilco by comparing figurine styles, as well as ceramic vessels, stamps and seals, and masks. Additionally, I am taking advantage of being able to go to museums across the U.S. to create a database of the extensive corpus of Tlatilco objects found outside of Mexico.

The “pretty lady” is a term referring to a variety of the Type D figurines most frequently uncovered at Tlatilco. The figurines, which are always females, are depicted with delicate features, large, slanting eyes, small, upturned noses, and fine mouths.

Tlatilco was a complex society in the Basin of Mexico, dating to approximately 1200–900 BCE (3,200–2,600 years ago), contemporaneous with the famous Olmec civilization on the Gulf Coast of Mexico. We have extensive indication of interaction between the two societies from around 3,000 years ago, seen particularly in burial material from Tlatilco where Olmec-style objects have been uncovered. Tlatilco was discovered in the 1930s by archaeologist and art historian Miguel Covarrubias, who initiated the first official excavations at Tlatilco, paving the way for four major archaeological seasons at Tlatilco until the site was covered by urbanization of Mexico City in the 1970s.

Many questions remain in our understanding of the interaction among the earliest cultures of Mesoamerica, such as why there are so many Olmec-style objects at Tlatilco. My research sets out to examine whether the Olmec-style objects were imported or locally made, and whether there is a clear distinction in a possible local variation. For instance, the ballgame is an imported activity from the Olmec heartland. To know whether the ballplayer figurines are imported or not is significant in our understanding of interaction between cultures in ancient Mesoamerica. I will be comparing many more ballplayer figurines and hopefully I can identify patterns in the production location of these objects. 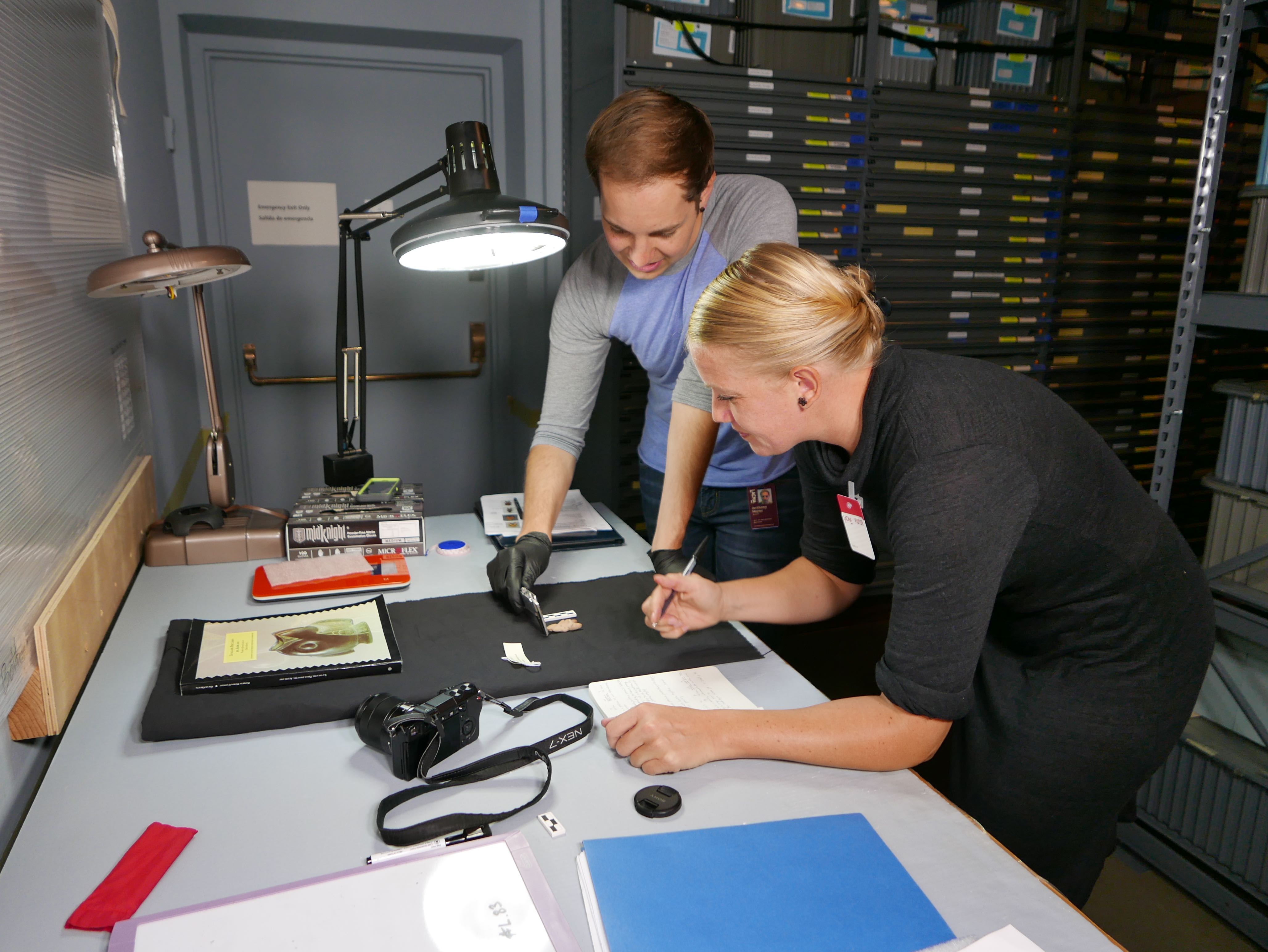 One method to answer these questions is to compare as many objects as possible, particularly excavated objects that have stratigraphic and archaeological context. Archaeological context is important because it helps us understand the object's position in relation to other objects, and with consideration to the layers of soil covering the objects (stratigraphy). Knowing an object's location assists archaeologists when attempting to identify the purpose of any object, not least by assigning it to a given culture and time period. The clearly distinguishable “pretty ladies” allow archaeologists to assume that there is a relationship with Tlatilco; however, if these objects were found elsewhere, we have no way of interpreting or understanding the movement of the object if we do not have archaeological context. The fact that we know that Olmec-style objects were recovered at Tlatilco informs the archaeologist of the sociopolitical situation during this time period, and we can further examine the relationship between the two cultures. Unfortunately, many objects were removed from Tlatilco without proper supervision and documentation, limiting our understanding of these objects. Additionally, little material is available from the excavation seasons conducted by archaeologists between the 1940s and 1960s, as little has been published on their research. 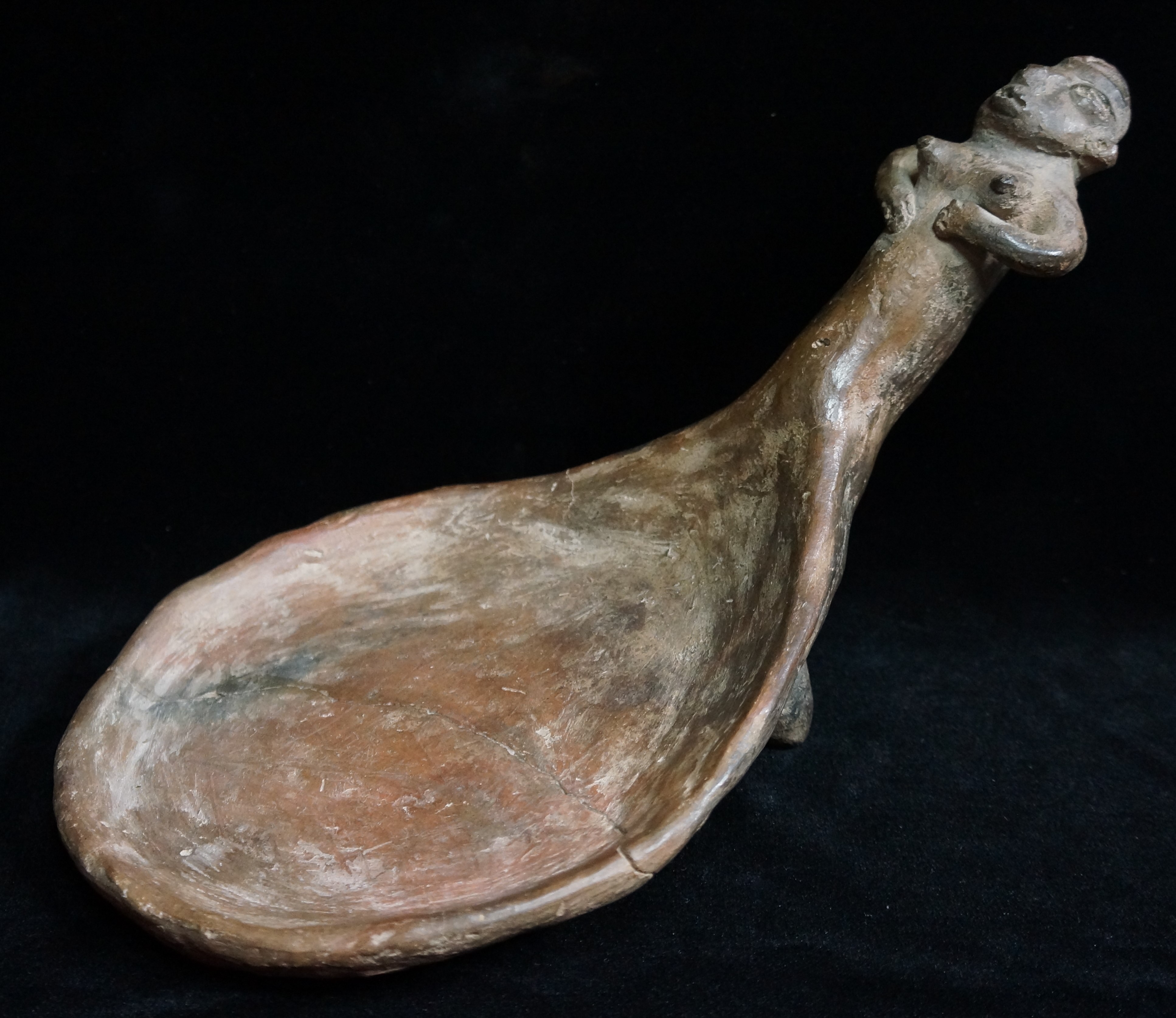 My research at LACMA has provided a large number of figurines serving as a basis for my comparative research, assisting me in improving my ability to interpret and recognize Tlatilco-style features. Being able to look at the objects up close and view them from any angle has trained me to identify the objects, easily spot variations within the figurines, as well as potentially spot fakes (because of the popularity of the Tlatilco-style objects, modern replicas have been sold to collectors). 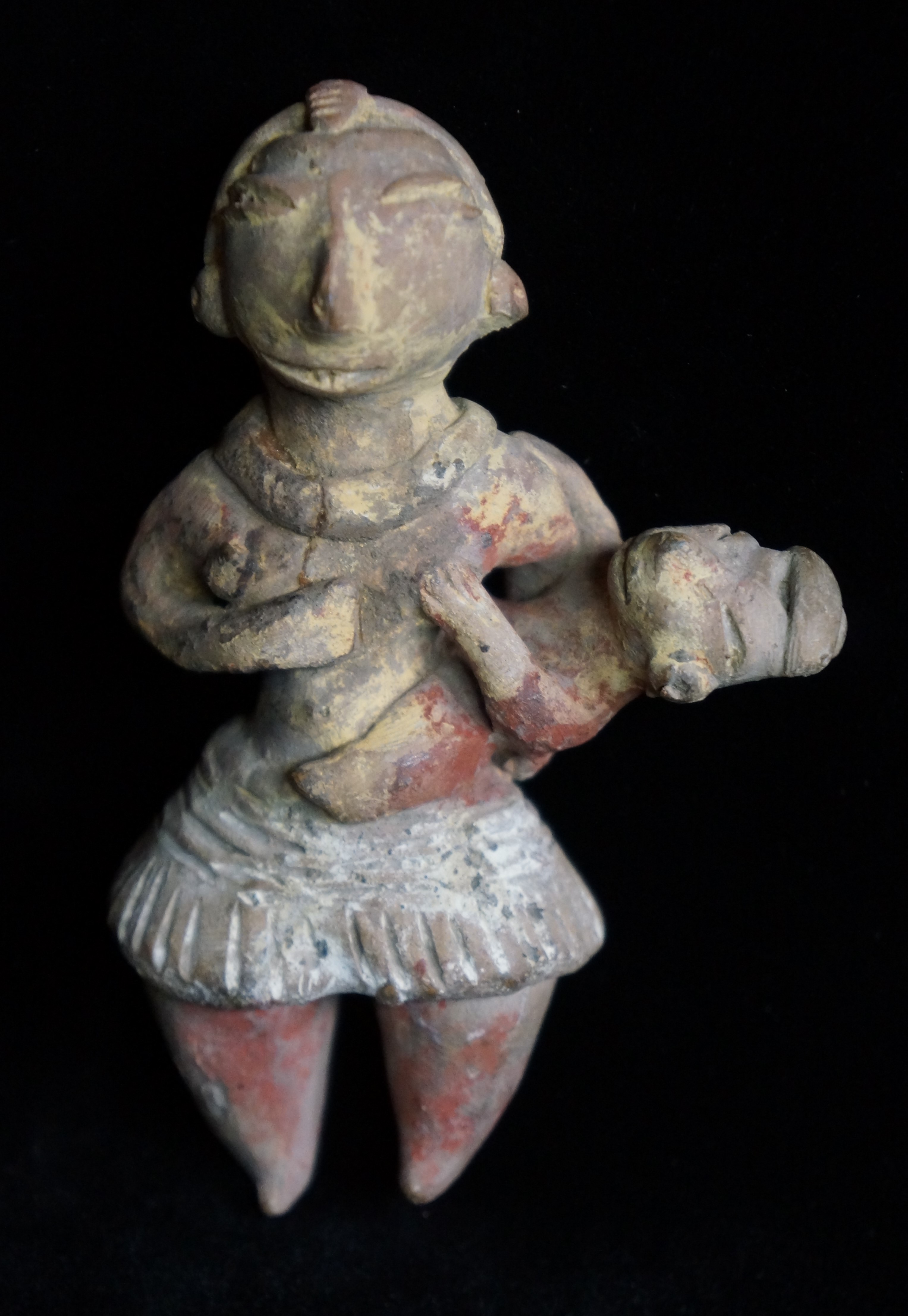 Through this opportunity to analyze the objects at LACMA and establish a new network of colleagues, I have requested to borrow a few objects for an exhibition I am curating at the Riverside Metropolitan Museum (RMM). I am hoping to include 11 objects from LACMA’s permanent collection—many of which have never been exhibited—to assist in telling the incredible story of Tlatilco. This exhibition will include Tlatilco objects, images from Miguel Covarrubias’s library in Puebla, Mexico, and a wonderful film clip directed and produced by the Night Fire Films crew who made the documentaries Breaking the Maya Code, and more recently, Out of the Maya Tombs. 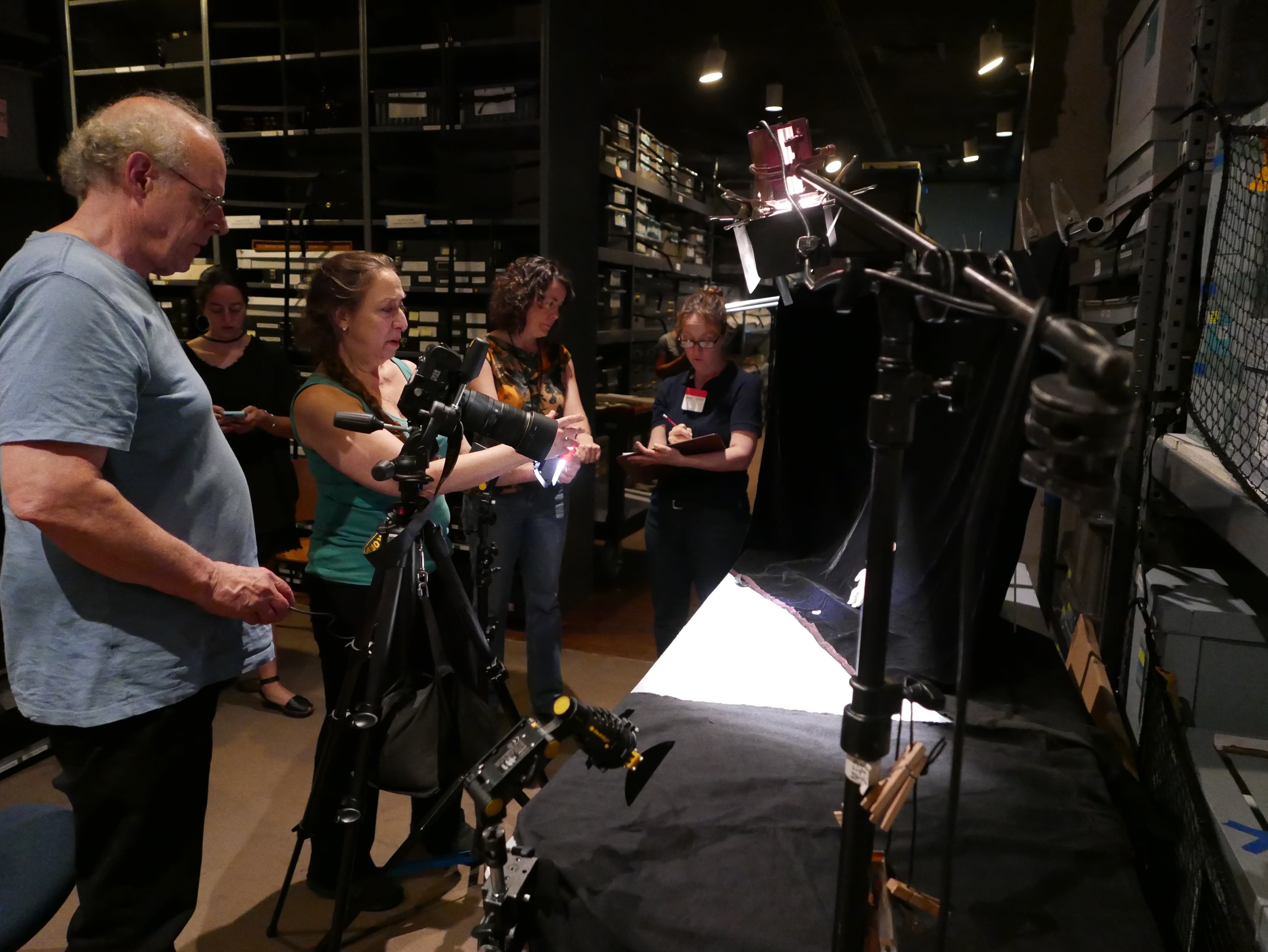 My experience at LACMA turned out to be more than a research session, as great friendships and collaborations have been born, enriching me both personally and professionally. I hope to collaborate with LACMA and their professional staff again in the near future.

Catharina E. Santasilia is a graduate student at University of California, Riverside and an international student from Denmark with a BA in Egyptology and MA in Maya studies. She is pursuing her PhD focusing on ancient the earliest complex societies in Central Mexico. Catharina has conducted archaeological field work in Belize, Mexico, and Jordan, as well as Switzerland. As part of her dissertation research she incorporates collections from Tlatilco located in museums across the United States. Additionally, Catharina is an Associate Curator intern at Riverside Metropolitan Museum, where she is currently curating an exhibition on Tlatilco scheduled to open in October 2017.

Taube, Karl, 1996, The Rainmakers: the Olmec and their Contribution to Mesoamerican Belief and Ritual, in the Olmec World: Ritual and Rulership (The Art Museum Princeton University Press)