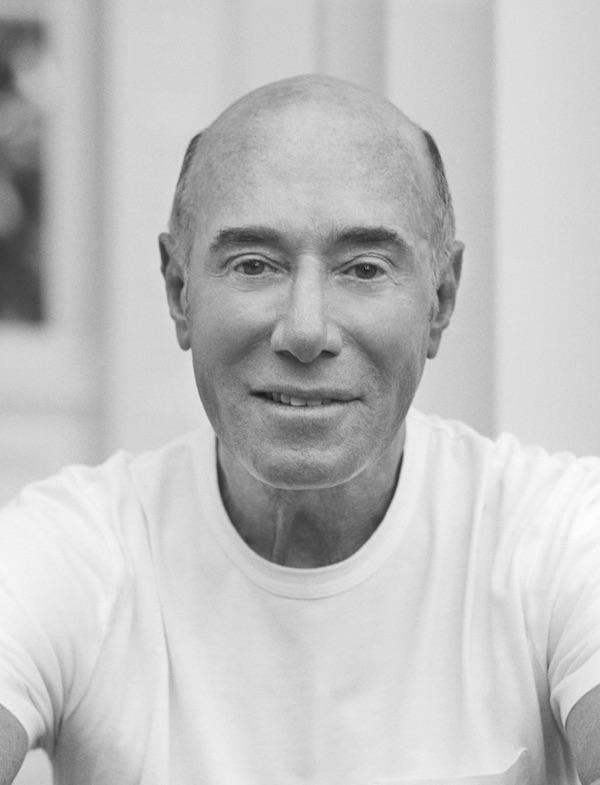 Today, philanthropist and entertainment executive David Geffen announced his pledge of $150 million toward LACMA's new galleries. The largest single cash gift from an individual in the museum's history, Geffen's philanthropic support also makes him the largest individual donor to the Building LACMA campaign. The new Peter Zumthor-designed building will be called the David Geffen Galleries in honor of his extraordinary gift.

David Geffen said, “I am excited to see the positive effects this new building will have on Los Angeles’s art and architectural communities. This innovative addition to the LACMA campus will ensure ongoing and expanded access to their permanent collection. LACMA will be able to touch millions of lives and create an even healthier and more vibrant community for everyone.” He continued, “At a time when federal funding for the arts is threatened, it’s important that we foster public-private partnerships, like this one, to support arts and cultural institutions. We must ensure that the public, everyone, has access to these venerable institutions. I am proud to partner with the County and other members of the community in helping LACMA move this remarkable project from vision to reality. Together, we can and must make sure every person has access to the arts.”

“This historic commitment propels LACMA’s two-decade expansion and rebuilding project forward,” said Michael Govan, LACMA CEO and Wallis Annenberg Director. “David Geffen is one of Los Angeles’s, and our nation’s, most generous philanthropists. This gift, for which we are incredibly grateful, ensures that our new building becomes a reality. Pledges of this magnitude are incredibly rare, and David’s commitment demonstrates his belief in the power of art museums to reach a broad and diverse public and create significant civic benefit. ”

Elaine Wynn and Tony Ressler, co-chairs of LACMA’s board of trustees, said, “We are immensely grateful to David for his profound support of the museum, and for the vast opportunities his investment provides for LACMA’s future. Through his significant philanthropy across the nation, he has strengthened the fabric of our communities by supporting education, arts and culture, social justice, and improved health. David, who achieved his business success in L.A., has long given generously to causes that have moved our city and citizens forward, and his latest commitment only underscores his civic leadership.”

With this pledge, the total amount committed to the campaign is $450 million, which includes a major contribution from the Los Angeles County Board of Supervisors and significant pledges from LACMA board co-chair Elaine Wynn, patron A. Jerrold Perenchio, and trustee Eric Smidt and his wife Susan, in addition to other substantial committments from members of the board of trustees.

The David Geffen Galleries, which will replace four of LACMA's seven current buildings, is intended to enable the museum's vast encyclopedic collection to be shown and experienced in innovative ways. The project is scheduled to begin construction in 2019, with the new building slated to open in 2023.

Born in Brooklyn, New York, David Geffen has made an indelible mark on many fields, including film, theater, and, most notably, music, where he created the legendary record companies Asylum and Geffen Records, discovering and cultivating the careers of some of America’s most prominent musicians and actors. His numerous professional successes enable him to generously support charitable organizations important to him. His record-setting donations to the UCLA School of Medicine, totaling in excess of $400 million, support not just medical education, but unprecedented scholarships for medical students, and research grants that help attract some of the nation’s leading instructors. In recognition of his leadership and game-changing support, the school is now the David Geffen School of Medicine at UCLA. Furthering his philanthropic support of UCLA and Los Angeles, in early 2016 he provided a $100 million grant to UCLA to fund the creation of a college preparatory school on the campus for LA area youth grades 6 through 12. Additionally, he has been a major benefactor to AIDS Project Los Angeles, Gay Men’s Health Crisis, amfAR, God’s Love We Deliver, the Elton John AIDS Foundation, and Project Angel Food.

He is a pioneer of public-private partnerships that support the arts and benefit the community in Los Angeles, New York City, and elsewhere. His first news-making engagement with the Los Angeles art community was in1996 when he collaborated with the Museum of Contemporary Art to create and fund the Geffen Contemporary at MOCA, an innovative gallery space in Los Angeles’s historic core and a precursor to the development of the city’s thriving Downtown Arts District. He was a $25 million lead donor in the creation of the Academy Museum of Motion Pictures, which, though not a program of LACMA, is being constructed on the LACMA campus. In addition to his support in Los Angeles, he has been a generous supporter of public institutions and charities in New York City. His visionary philanthropy has bolstered communities nationwide, transforming major institutions, including most recently the Museum of Modern Art and the Lincoln Center.

Mr. Geffen has also been a longtime patron of LACMA. His many generous contributions have helped the museum grow its campus as well as its encyclopedic collection, including the historic joint acquisition of the Robert Mapplethorpe archive with the J. Paul Getty Trust. Mr. Geffen has called Los Angeles home for many years and has been a particularly generous philanthropist, helping to shape the cultural landscape of the city.