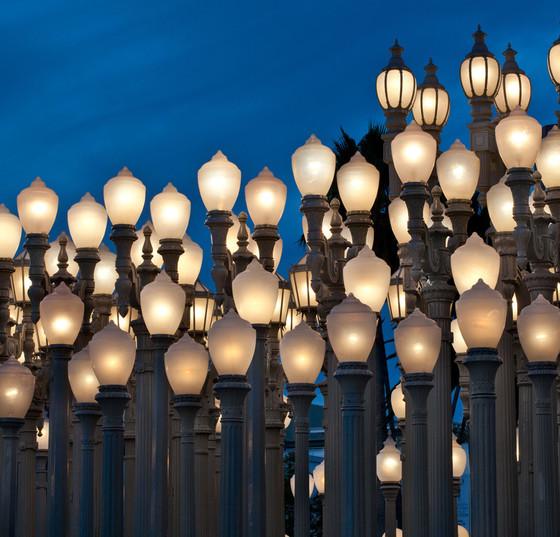 It’s hard to believe how quickly Urban Light has become a bona fide L.A. icon. Installed on LACMA’s campus in 2008, Chris Burden’s temple-like streetlight sculpture now has a stronger social media presence than the Hollywood sign! But have you ever paused while snapping a selfie and wondered:

Where did these streetlights come from?

Where can you find them in our sprawling urban jungle that spans over 4,500 miles?

Believe me, reader, you’re not alone. Streetlights are everywhere—there are over 200,000 of them in Los Angeles, appearing in over 400 designs. But despite bringing style and sophistication to far-flung L.A. neighborhoods, streetlights are rarely treated as artworks on their own terms.

Enter Glen Norman, a self-described “streetlight nerd” who has spent over 60 years photographing historic models throughout the country. Together, Glen and I began a quest to give Urban Light the best 10th anniversary present we could imagine: locating its living cast iron relatives scattered throughout L.A.

Read about our findings in our new zine, available at the LACMA Store and Art Catalogues. Illustrated by Jamaican-born and L.A.-based artist Didi Beck, Urban Light: A Field Guide uncovers the near-forgotten histories of the 16 streetlight models* present in the sculpture, and maps out where you can still find them. 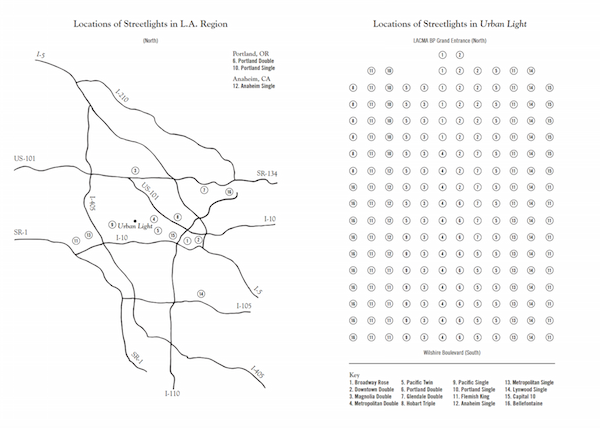 Designed during the 1910s, 1920s, and 1930s, a period during which L.A.’s population multiplied 20 times over, electric lights were believed to spur commerce, deter crime, and, most importantly, impart a sense of place within a rapidly expanding city. 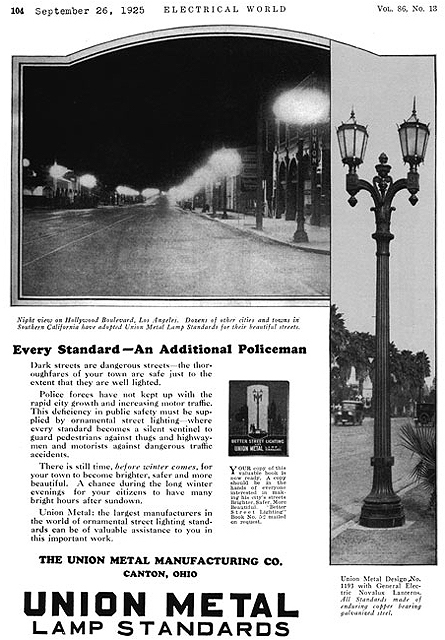 Looking more closely at the lamps of Urban Light, it isn’t hard to see why. The stark, utilitarian “cobra heads” in vogue during the ’50s and ’60s don’t hold a candle to the ornamental electroliers (the old-fashioned name for streetlights) of pre-war Los Angeles. From the Metropolitan Doubles that lined Hollywood Boulevard to the elegant Bellefontaines of Pasadena, vintage streetlights often featured classical design motifs—palmettes, acanthus leaves, and meander patterns—lending tradition and grandeur to new neighborhoods. 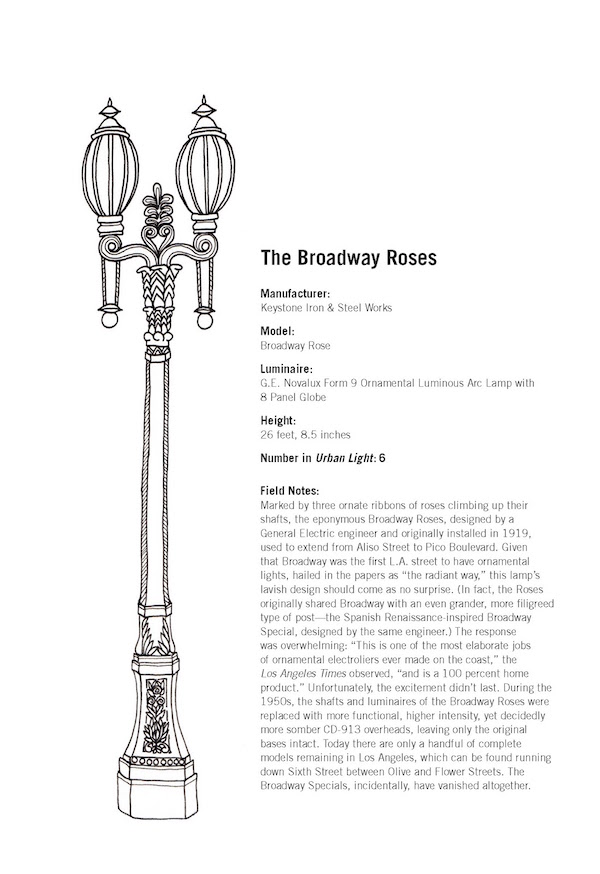 The Broadway Rose, six models of which can be found in Urban Light. Drawing: Didi Beck 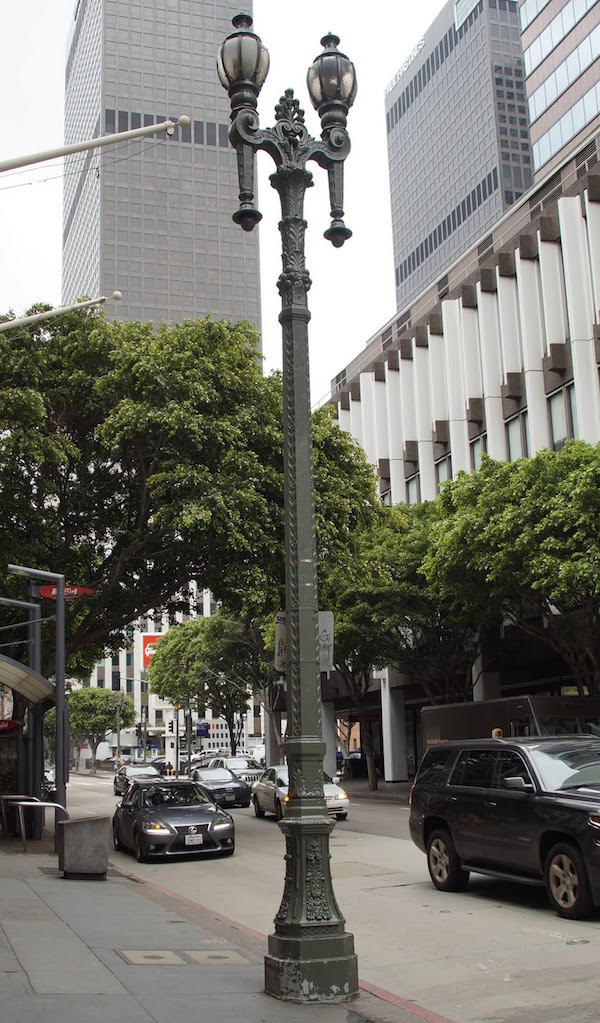 Creating Urban Light’s very first field guide opened my eyes to a new kind of local history. Streetlights don’t get a lot of love these days, but L.A. once enjoyed a reputation for its “great white ways” and abundance of unique designs. In 1925, one city official even complained that there were “too many designs approved for Los Angeles at present.” (Thankfully, no one listened.) L.A. is one of the few cities to have its own Bureau of Street Lighting as well as a streetlight museum. They’re part of our cultural patrimony.

Studying streetlights also has taught me to look at our built environment in a completely new way. It’s now hard to bike or drive down our city streets without marveling at these intricate works of public furniture and wondering about their origins.

“Careful,” Glen told me as we were beginning our research. “Chasing streetlights can become an addiction!”

He was happily and irrevocably right.