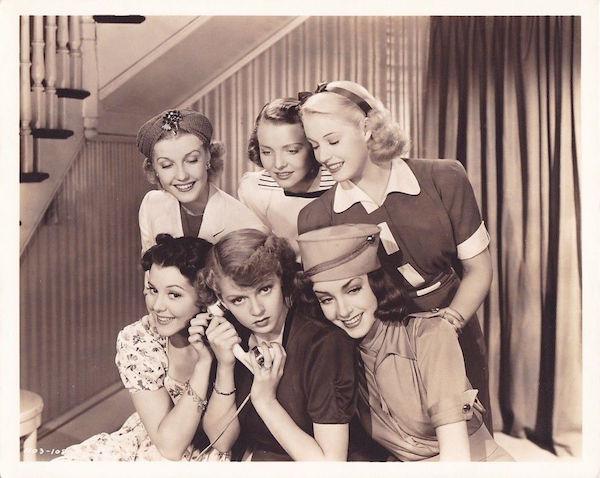 During the month of March, LACMA’s ongoing Tuesday Matinees series will celebrate the cinematic legacy of actress Marsha Hunt with four films featuring performances by the classic Hollywood star. Between 1935 and 1949, Hunt appeared in 52 films including Cry ‘Havoc’  and Pride and Prejudice. Although many will remember her for being blacklisted, Hunt occupied her life with altruistic and social causes, including working tirelessly for the United Nations and founding the Valley Mayor’s Fund for the Homeless after being named the honorary mayor of Sherman Oaks. In honor of the series, I interviewed Roger C. Memos, director of the documentary Marsha Hunt's Sweet Adversity and friend of the actress.

Marsha Hunt started her career very young and faced much adversity. What has motivated her to keep going?

All she ever wanted to be was an actor. When her career was affected by the blacklist she turned to activism. She used her skills as an actor to reach out to people and tell them about the problems in the world and how we could all work together to make things better. She rose above adversity because she inherently believes in the goodness of people.

Marsha recently turned 100 years old. How did she celebrate?

She turned 100 on October 17, 2017 and was joined by longtime friends and family at an elegant birthday dinner at the Sportsmen’s Lodge in Studio City.

What is your favorite Marsha Hunt film?

Carnegie Hall is my favorite Marsha film. In the film, Marsha is remarkable as she ages from a young child to an old woman. Her character Nora ends up being a famous talent booker at Carnegie Hall and over the course of the film, we get to see performances of renowned classical musicians such as Rise Stevens and Jascha Heifetz.

What was Marsha’s favorite film she performed in?

Marsha is most proud of her performance in None Shall Escape, which was released in January 1943.  It was one of the first films in Hollywood that showed atrocities against Jews. She gives one of the most powerful performances of her career in this film.

How important is the experience of watching these classic films on the big screen, in a theater?

It’s the only way to watch a classic film! To get lost in the story on the big screen . . . . When nickelodeons first showed films back in the early 1900s, they called them “moving picture spectacles.” I believe that most classic films were made to be “bigger than life.” I agree with Ridley Scott who once said, “ In my view, the only way to see a film remains the way the filmmaker intended: inside a large movie theater with great sound and pristine picture.”

Check out Marsha Hunt's films every Tuesday in March at 1 pm.