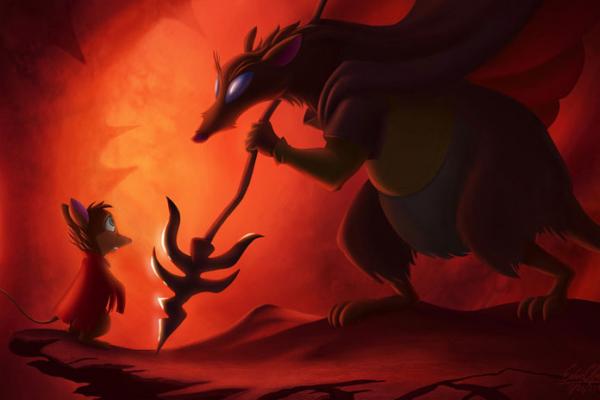 Still from The Secret of NIMH

This month’s segment of LACMA’s ongoing Tuesday Matinees series features the works of Don Bluth, whose film The Secret of NIMH (1982) occupies a juncture of the history of animation and labor politics. We have asked Dr. MJ Clarke, assistant professor in TV, Film and Media Studies at California State University, Los Angeles, to help us contextualize Bluth’s first animated feature before it screens at the Bing Theater on July 3 at 1 pm. Dr. Clarke began research for his imminent monograph on Bluth’s Dragon’s Lair video game in his youth: “Like many people my age, I was obsessed with the video game Dragon's Lair and also was the proud owner of a well used, off-air copy of The Secret of NIMH. And it was only years later that I realized that they were the product of the same studio.”

The story of Bluth’s pathbreaking impact on the field of animation begins with his departure from Disney. Dr. Clarke shared that in 1979, Bluth resigned from Disney Animation to protest what he considered were the studio’s lagging artistic standards, only to be followed by about a fifth of its remaining staff: “Almost immediately, Bluth, along with these other Disney expatriates, started [a] smaller studio mere miles away in Studio City.” The Secret of NIMH, according to Dr. Clarke, “allegorizes the condition of Disney Animation” in its depiction of a group of rodents who “strike off from the relative staid safety of the past to find their own way,” which in the case of Bluth’s crew meant pursuing their fervent commitment to full animation—characterized by “expressive physical comedy and exaggerated facial expressions; richly detailed and layered painted backgrounds; and visual effects including elaborate lighting effects, optical distortions and fluid mechanics."

The exodus of Bluth and his crew allowed them to both define their own creative landscape and co-determine their conditions of employment. In 1982, the year of The Secret of NIMH’s release, the animation workers of IATSE 839 went on strike to protect their jobs from overseas outsourcing. According to Dr. Clarke, the union’s decision to negotiate with individual studios yielded mixed results: while small studios like Don Bluth’s acceded to the union’s proposals, larger entities like Disney refused to budge. Thus, Dr. Clarke says, “labor costs were undercut by overseas animation labor, making it financially difficult for local animators to compete.” The attendant restructuring of the Hollywood animation industry, which led to most animation work being outsourced “for less than 10% of the cost,” according to Dr. Clarke, led Bluth’s company to declare bankruptcy.

While Bluth produced his later films in Ireland to avoid the constraints imposed by Disney’s hegemony, the events of 1982 invite us to reimagine the industry. What can The Secret of NIMH and Bluth’s union deal teach us? This deal arose from the workers’ conviction that rigorous production and adequate compensation can coincide, or perhaps even reinforce each other. The agreement also represents a refusal to exploit and undervalue overseas labor, albeit without challenging the global regime of capital that perpetuates this exploitation. We invite you to join us on July 3 in envisioning a world that values both craft and labor as we watch these workers’ exquisite drawings come to life.