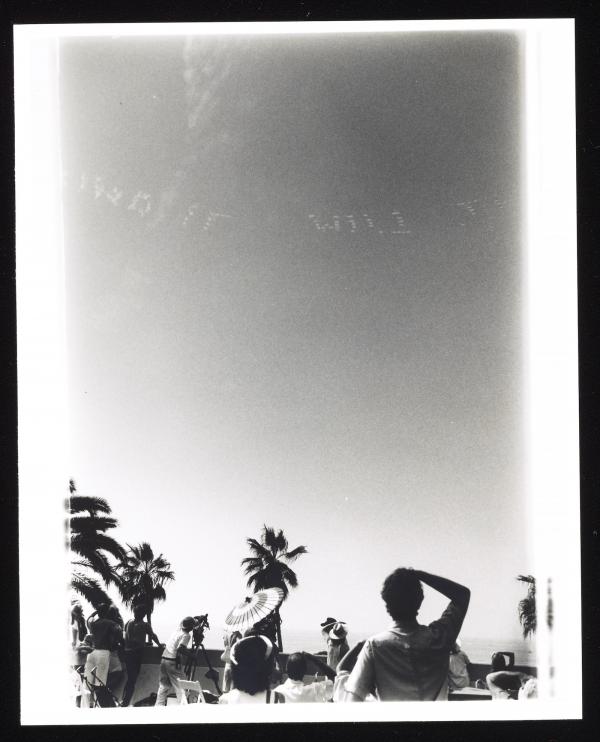 In the 1980s, poet, artist, and critic David Antin (1932–2016) produced two Sky Poems, written by five airplanes flying side by side. On September 29, at 4 pm, Antin’s Sky Poems will appear over LACMA and Museum of Contemporary Art, San Diego (MCASD). We spoke to artist Julien Bismuth, who curated the event, about the project.

How did the idea of organizing this event in San Diego and Los Angeles come up?

In 2015, I was able to speak to David Antin by phone for a curatorial project with Sophie Kaplan of La Criée in Rennes, France. I brought up the Sky Poems, and David was enthusiastic about reviving these works. He spoke of how he had originally envisioned them as individual parts of a single long-form poem, whose different stanzas would be written over different cities. Shortly thereafter, he passed away. The project originated from our desire to celebrate him and his work by honoring his wish and restaging the Sky Poems.

David produced two Sky Poems: one in Santa Monica in 1987, and the other in La Jolla in 1988. In his papers at the Getty, one can see that he tried to continue the project at different moments during his lifetime, but was never able to. In an essay he wrote titled "Fox Fine Furs," he recounts how he pitched the Sky Poems as public monuments: monumental works that were immaterial, and thus, potentially less of an aesthetic and material burden to the cities in which they were installed. 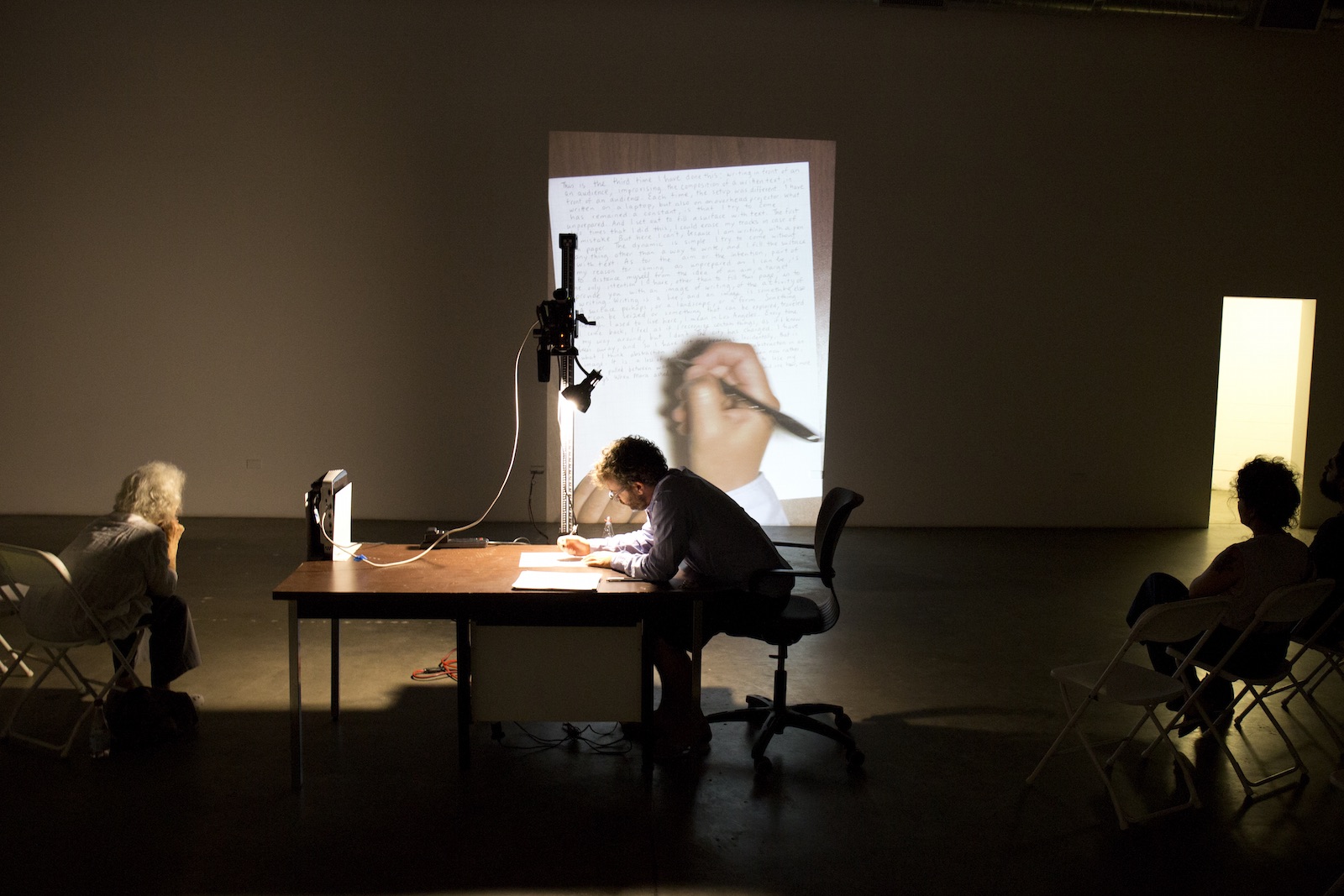 Untitled (Fill), documentation of performance at The Box Gallery, Los Angeles, 2015, courtesy the artist and The Box

Can you tell us a little bit about getting to know David Antin before his passing? What drew you to his work?

I first encountered David’s work during my studies, thanks to one of my professors, the poet Craig Dworkin. A few years ago, I started reading David's work again, in part because of a series of performances that I had started doing, in which I would write in front of a public. As the writing was improvised, there was a formal affinity and debt to the talk poems, but I found myself drawn into the other aspects of the talk poems, not just their improvisational nature, but also their use of narrative and digression, as well as David's way of thinking. David's work straddles the realms of poetry and philosophy, and his writings reveal a philosophical thought that—in spite, or as a result, of its apparent looseness of form—is remarkable for its rigor, sensitivity, and enduring topicality. 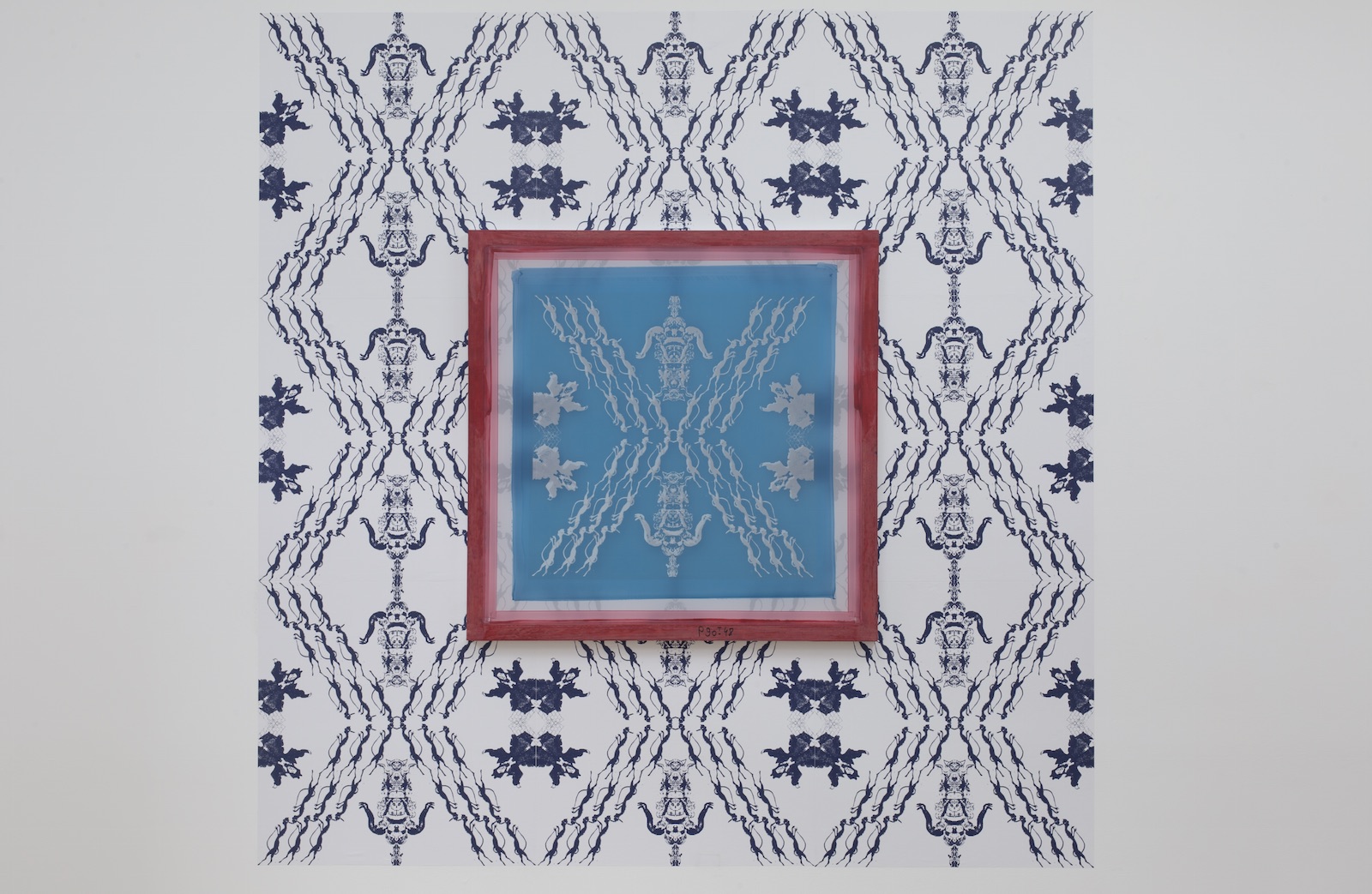 You also have a background in literature, and a deep interest in poetry. Can you talk about the importance of Antin in terms of his blurring of boundaries between visual art and written word?

David wore many hats, and studied various disciplines, including engineering and linguistics. Though he is primarily known as a poet, he also wrote a great deal of art criticism, and in fact taught in the Visual Art Department at the University of San Diego. David was a great reader, not only of texts but of visual artworks, situations, encounters. He also happened to meet and work with some of the most significant artists and writers of his time. The relationships he found between the different art forms, artists, and artworks often subverted the conventional formal and genealogical distinctions and categorizations of art history in favor of what Walter Benjamin called the more "intensive" relationships by means of which artworks communicate with one another.

David always started from his interaction with the work itself, from what the work "did" rather the intentions that were affixed to it. To put it differently, he wrote about artists as seemingly unrelated as John Cage, Mark Rothko, Alex Katz, Robert Morris, or George Brecht with the same level of intensity and open-mindedness, while also bringing to light the ways in which these seemingly disparate figures were often responding to the same questions, tensions, and potentialities within their respective fields of activity. 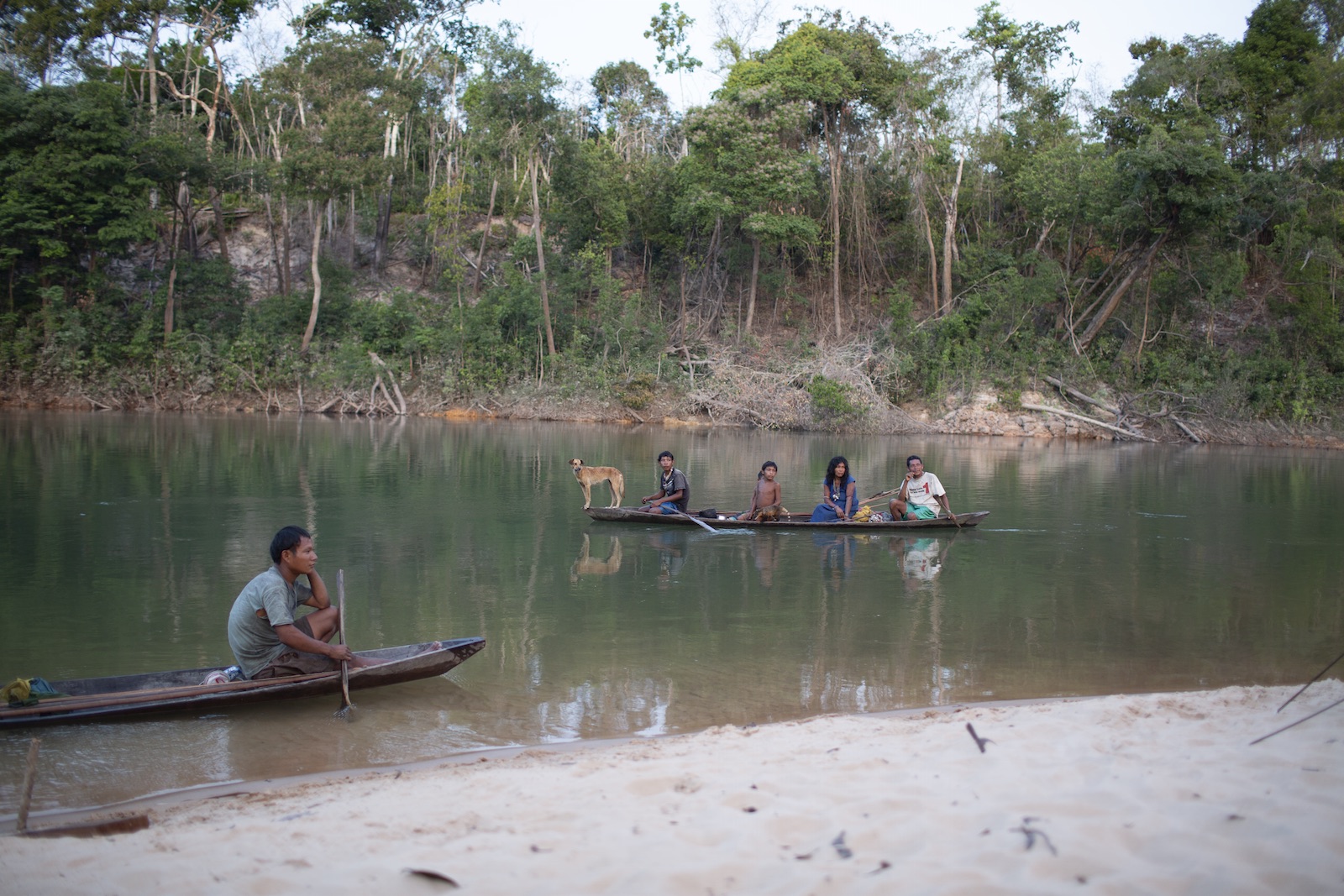 Can you talk about some of your own projects involving systems of writing?

I have always moved between literature or writing and the visual arts. I continue to write, both criticism and literary texts, and have produced and published books regularly over the past years, initially with the artist Jean-Pascal Flavien, with whom I started Devonian Press in 2006. Recently, as I mentioned earlier, I have been doing performances in which I write to an audience. Much of my work relates to language, language less a medium than as a question.

For the past five years, I have been engaged in a project in Brazil on indigenous languages, specifically that of the Pirahã people in the Amazon basin, in collaboration with the anthropologist Marco Antonia Gonçalves. We stayed with the Pirahã on two occasions, and I am currently producing a work based on the material I collected during these visits.

What I find fascinating in this project is that it touches on the question of linguistic difference. Languages differ from one another, and also are involved in a continuous process of self-differentiation, as can be seen in slangs or dialects. What I find compelling is the fact that this variation, unlike the differences between individual artistic practices, is not proprietary. It simultaneously belongs to no-one and belongs to everyone.

What's the process been like for you in planning the Sky Poems? We hear you tracked down the original sky typist that David worked with . . .

The Sky Poems are too long to be written by a single sky-writing plane, and thus have to be written by a fleet of five sky-typing planes. Sky-typing is similar to early dot-matrix printers: five planes fly in a line and write letters and words with small puffs of smoke. I started looking for companies that still did this, and very quickly found out that the only person who still had a fleet of sky-typing planes was Greg Stinis, the person that David originally worked with.

Does re-writing these poems in 2018 make them different? Can you talk about the relevance of revisiting this project now?

Their relevance is manifold, but I'll simply touch upon one aspect of them that I find to be of particular relevance to our time. The texts of the two Sky Poems that will be restaged allude to some sort of communal action or endeavor. The first one, for example, reads:

The interplay between the unspecified "us" and unnamed "they" must have been of particular relevance at the height of the Reagan years, but I find it to be even more emphatic in our times. We have perhaps never been more divided nor more conquered as a species, not only from one another, but also from our potential for "getting it together." Yet that potentiality remains, and its activation and preservation has never been more vital and necessary as it is now.

David Antin’s Sky Poems will appear at 4 pm above LACMA on Saturday, September 29.