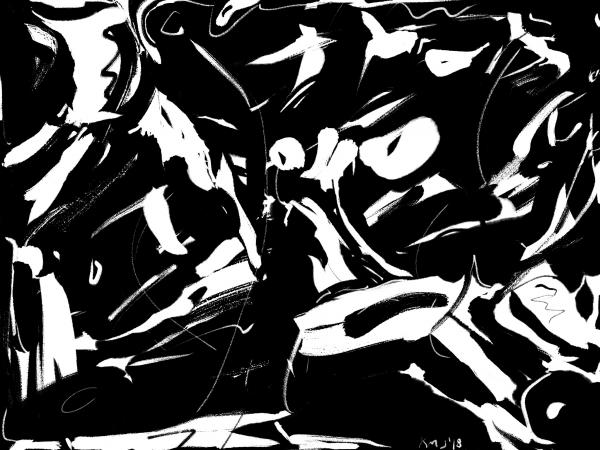 ** Warning: This program and post contain flashing light and may not be suitable for people with photosensitive epilepsy. Viewer discretion is advised.**

This Sunday, at 1 pm, LACMA will host the first program in a three-day tribute to experimental filmmaker Ken Jacobs, presented in conjunction with LACMA’s exhibition 3D: Double Vision. Jacobs will also appear at REDCAT (Roy and Edna Disney/CalArts Theater) on Monday, October 8, to present one of his acclaimed Nervous Magic Lantern performances, accompanied by musician Aki Onka, and the The Downtown Independent Theater on Tuesday, October 9, for a screening of his groundbreaking 3D film, The Guests (2013). Each program promises to be a unique event, showcasing the breadth and innovation of a truly seminal figure in American avant-garde cinema.

For nearly 60 years, Jacobs has employed an almost alchemical approach to his art practice and production. Using a series of techniques and devices of his own invention, Jacobs transforms and transfigures still and moving images culled from the past or a personal archive (including 19th-century stereographs, fragments of early films, photos of family and friends) into hypnotic, magical meditations on temporality, perception, and the material properties of film itself. Semi-decipherable figures and abstract forms stutter, flicker, and contort across the screen, defying ordinary visual conceptions of time and space—as if projected into a black hole. 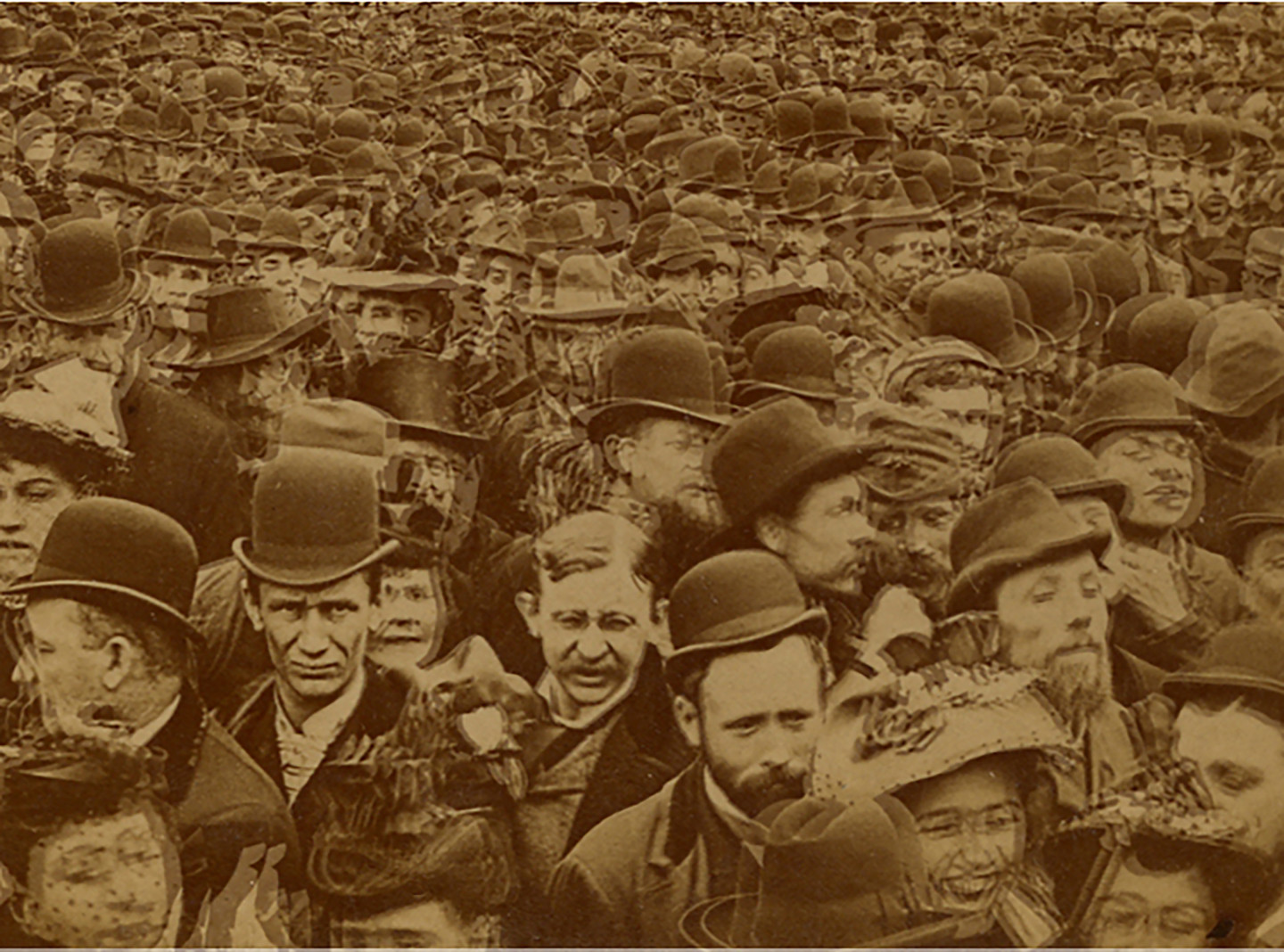 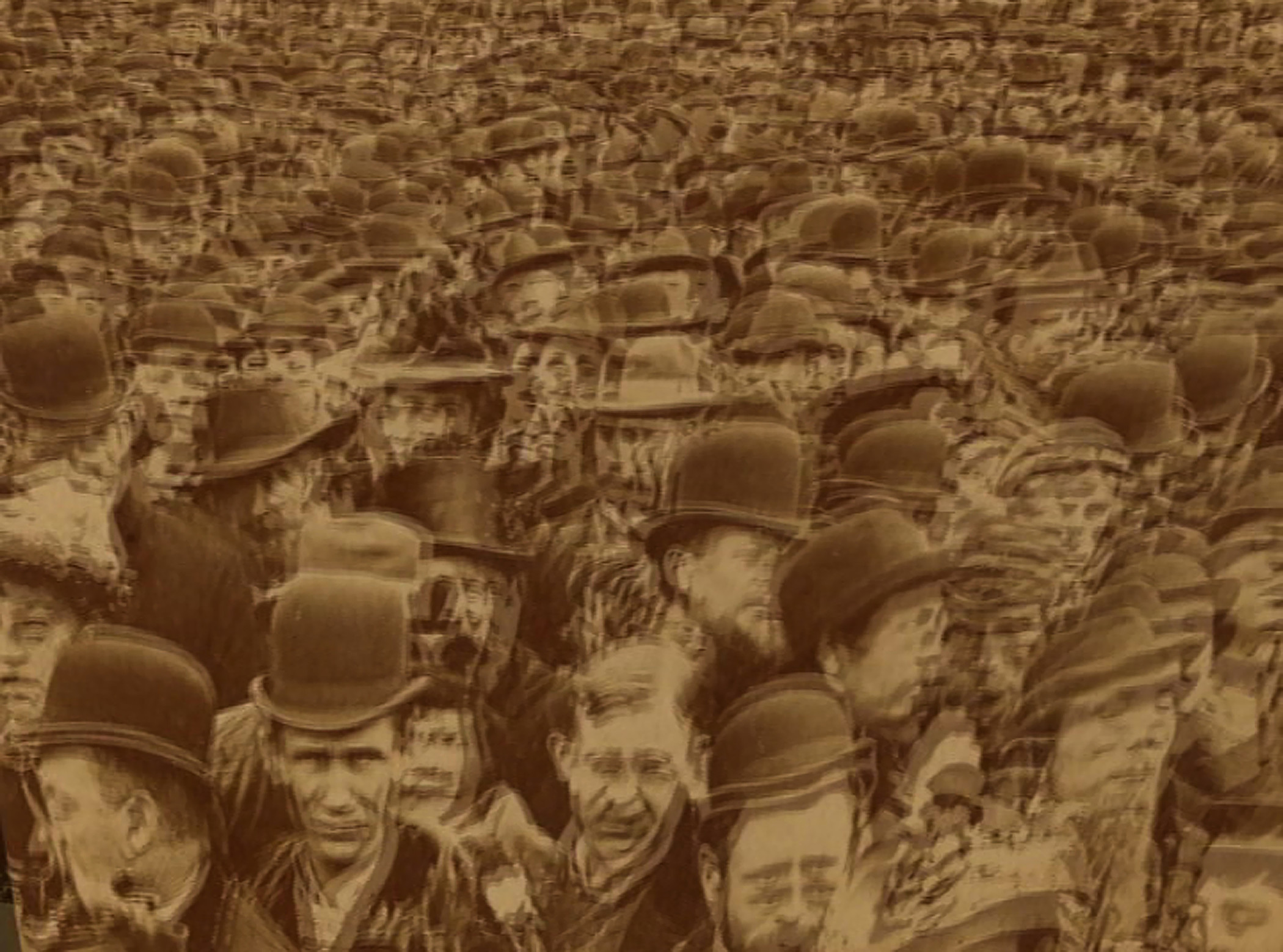 Since the 1970s, Jacobs has dedicated the lion’s share of his artistic focus to exploring and experimenting with illusionary depth on film, often utilizing non-traditional means to produce a 3D image. Using shutters, heavy strobing, polarizing filters, and rapid side-to-side movement, Jacobs’s search for “unnatural depth phenomena” is a far cry from what we come to expect from the typical 3D blockbuster movie.

For LACMA’s program, Ken Jacobs: A Swim Through Open Space, Jacobs will present a series of recent short films as well a revisited and revised project from 1982, The Whole Shebang. Each of these titles utilizes his patented “Eternalism” process, which the artist describes as “a method for creating an appearance of sustained three-dimensional motion-direction of unlimited duration, using a finite number of pictures.” Two images strobe at varying intervals to create an effect of depth. Each Eternalism cycles through two image frames and one negative inversion. The result is a stuttering movement—2D stuck in the process of becoming 3D. As the images flicker and repeat on the screen, they become disorienting. Through rapid repetition of movement, still images become kinetic, and our brains begin to deceive us, as the familiar becomes indecipherable.

Jacobs deems his Eternalism process as “para-cinematic” or cinematic adjacent. Though he uses the tools of cinema, the outcome is exceptionally unique. His impulse towards alternate modes of movie viewing—one that prioritizes experience and sensation over narrative digestion—has led Jacobs to investigate some of the earliest forms of cinema before film, most notably the Magic Lantern Slideshows of the 19th century, in which objects and transparencies placed between a theater lamp and lenses project images and shadows onto a screen.

Inspired by this antiquated proto-film process, Jacobs developed the Nervous Magic Lantern, a mysterious and mesmerizing performance of light and shadow which he describes as "cinema without film or electronics.” The Nervous Magic Lantern will be performed at REDCAT on Monday, October 8, as part of its program Ken Jacobs: Metropolis Looms And The Bad Maria Is Tuned Up. More information about this event can be found on REDCAT’s website. 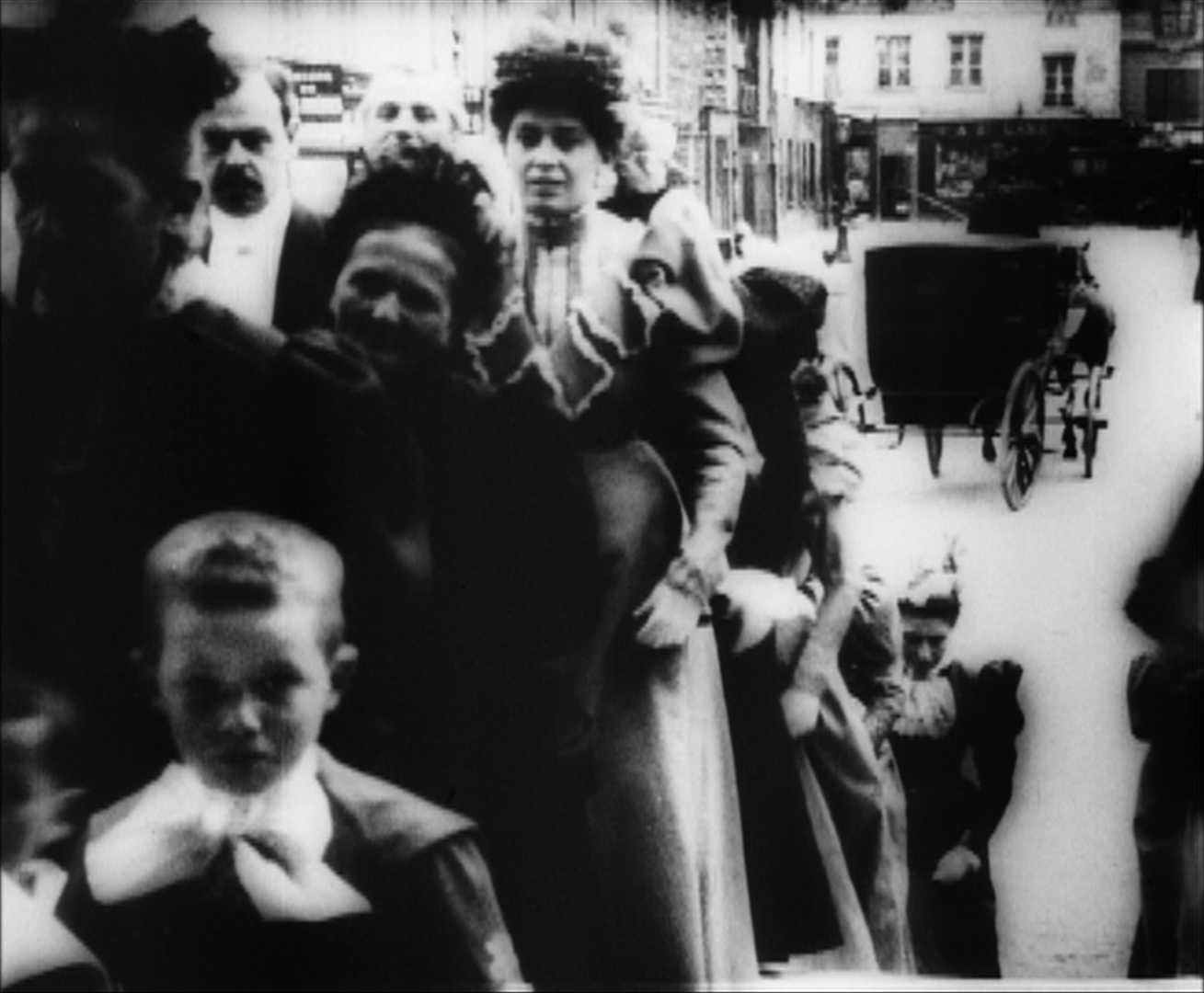 The tribute to Jacobs concludes with a special screening of his groundbreaking 3D film The Guests (2013) at the Downtown Independent Theater, co-presented with Acropolis Cinema, LA Filmforum, and 3-D SPACE. Championed as one of the best films of the 21st century by film Critic J. Hoberman, The Guests appropriates an early film by the Lumière Brothers, Entrée d’une noce à l’église (1896), reworking,  manipulating, and expanding the thirty-second clip into a 70-minute digital 3D experiment. Tickets to this program can be purchased through LA Film Forum.

These three programs, at three venues across Los Angeles, offer a rare opportunity to experience the unique work of a towering figure of experimental film. They are not to be missed.

Tickets for LACMA’s program Ken Jacobs: A Swim Through Open Space can be reserved at lacma.org.