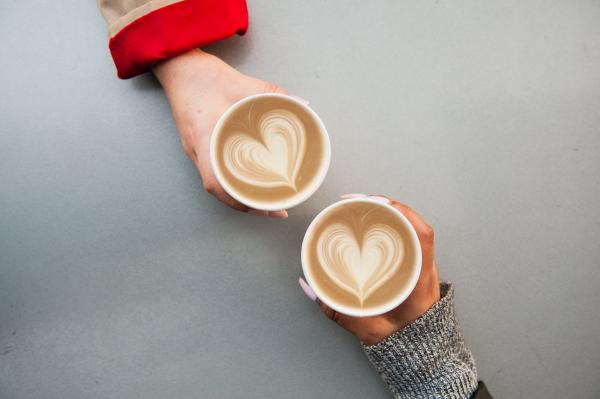 LACMA Loves You Back: Some Things to do on Valentine’s Day

Whether you’re coupled up or solo this Valentine’s Day, LACMA has options for you. Learn from past missteps—avoid wait times and reservations at newly opened hot spots, and skip the crowds and awkward people-watching at your regular haunts. There’s much to experience and enjoy at the museum, from a romantic tour to a sweet talk. Be seduced by works of art that will make even the coldest heart flutter.

Valentine's Day, celebrated on February 14, marks the feast day of St. Valentine, but the imagery and lore related to this celebration stretch to ancient Rome. Pre-Christian stories of romantic love, including Venus and Cupid, have combined with church traditions to create a special day marked with myths, stories, and customs that have circulated around the world. The current special exhibition, To Rome and Back: Individualism and Authority in Art, 1500–1800, includes many artworks depicting tales of romantic love and loss. This conversation-based tour will take visitors from ancient Rome to the 17th century, looking at sculptures, paintings, and other artworks that tell some of these stories. Director of adult programs Mary Lenihan will lead the tour.

C+M (Coffee And Milk) is celebrating Valentine's Day all week long and sharing the love with lattes. Buy one latte Feb 10–16 and get 50% off a second for that special someone.

Ray’s: $85 four-course & $35 wine pairings. Guests enjoying the prix-fixe at Ray's will receive a complimentary glass of Patina Cuvée, plus a sweet takeaway from the chef!

A Box of Candy: An Evening in Tribute to the Work of Greer Lankton | 7–9 pm

Join Paul Monroe, Zackary Drucker, and Lena Dunham for a Valentine’s Day celebration of Greer Lankton’s work with screenings, conversation, and a costume contest. Following a screening of Drucker’s documentary Flawless, three short films by Lankton, and a short clip from the upcoming documentary on Lankton, join Monroe, Drucker, and Dunham as they discuss Lankton’s legacy. Cy Dunham caps off the evening with a reading.

Come dressed as your favorite Greer Lankton doll. Alex Cameron, Michael Bailey Gates, Jemima Kirke, and Hari Nef will serve as judges, with a Lankton polaroid among the prizes for best costumes.

Work by Greer Lankton is included in the current exhibition Outliers and American Vanguard Art.

A special something for members

Be the first to see this exhibition, opening to the public on Sunday, February 17. Charles White: A Retrospective traces Charles White’s career and impact in the cities he called home: Chicago, his birthplace; New York, where he joined social causes and gained acclaim; and Los Angeles, where he developed his mature art and became a civil rights activist. The exhibition includes approximately 100 drawings and prints along with lesser-known oil paintings.

Bring a lover or a friend, or take yourself out on the town. LACMA loves you back this Valentine’s Day.