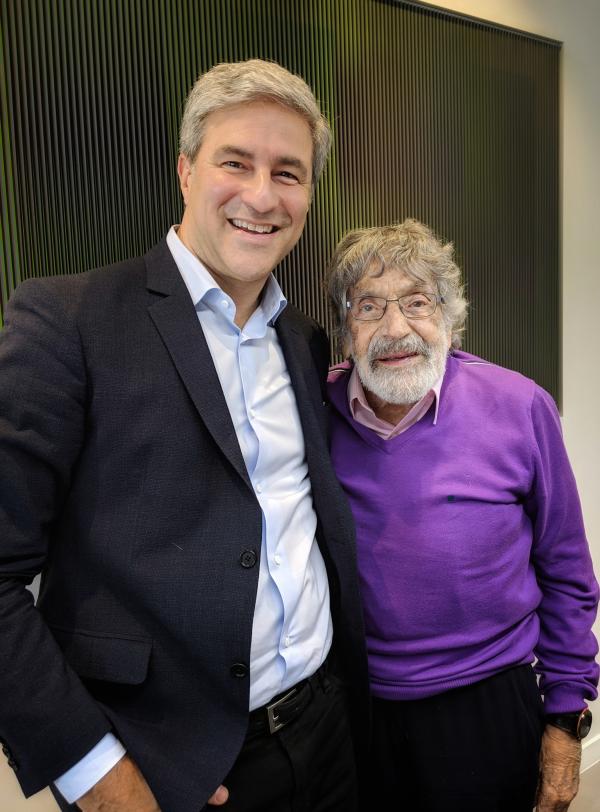 Last Saturday at LACMA we hosted an invitation-only preview screening of an almost-finished documentary by Alberto Arvelo about the life and art of Venezuelan Kinetic-Optic artist Carlos Cruz-Diez, as a way to honor the museum’s members. What a shock that Cruz-Diez, at age 95, seemingly healthy and hopefully considering our request for a work for LACMA, died the same day.

Titled Free Color, Arvelo’s film when released will be a powerful and poetic reflection on the achievements and vision of one the great artists of our time. And there could be no better metaphor for Cruz-Diez’s life and work than his pursuit to “free color from form” that provides the thread of Arvelo’s film about the artist. Cruz-Diez envisioned, and worked during his last years with the collaboration of many scientists, among others, to create a glowing field of pure color, not bounded by edges or shape. In the film he imagines that field over the Seine, in Paris. The image would be the culmination of his life’s work focused entirely on pure color.

Cruz-Diez was thrilled that the film, still a work in progress, was being seen in Los Angeles, including by many of his friends. Among those present was Gustavo Dudamel, who collaborated on the music for the film that included a few other conventions to L.A., including Cruz-Diez's optically striking colored crosswalk commissioned for outside The Broad in 2016 and his light environment installation at the Palm Springs Art Museum in 2018. Introducing his film, Arvelo said Cruz-Diez had given him a message to convey to his Los Angeles friends: “all the details of his Free Color artwork had been worked out and would just wait for the technology to arrive.”

It is to Arvelo and learning about the film earlier this year that I owe the opportunity I had to meet and speak to Cruz-Diez in his Paris studio this spring. He was in excellent form when we met. He was at his computer specifying in detail the colors for a work being made. Cruz-Diez never worked with paint by hand, and has always used technology and machines (many of his own invention) to achieve the precision necessary for the effects of his art. 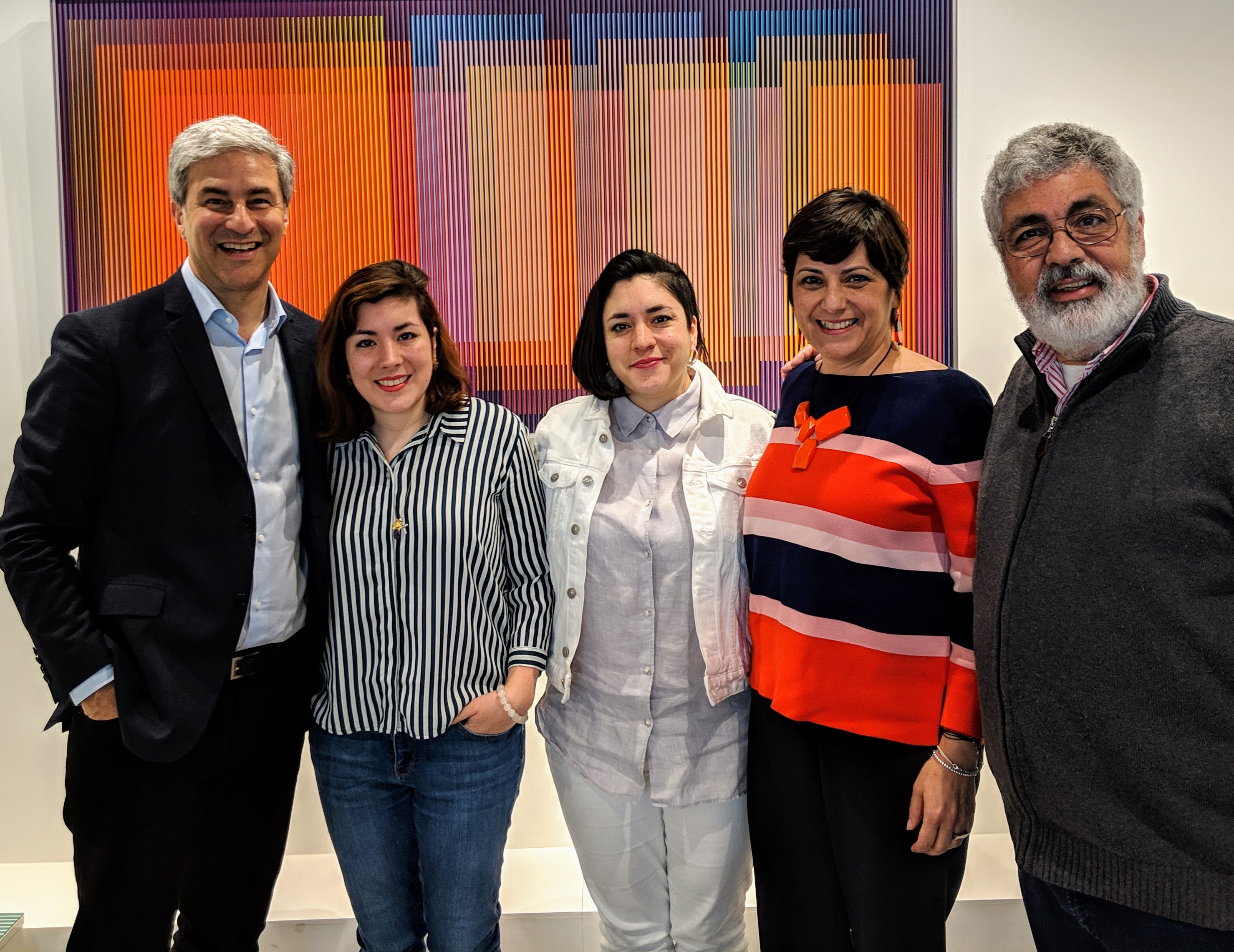 At the studio I met Cruz-Diez’s son and daughter Carlos and Adriana, and other family members including grandchildren, all of whom play a role in the studio and the Cruz-Diez Art Foundation. Moving with his wife Mirta permanently to Paris in 1960, the artist envisioned art and family as one. As described in the documentary, his studio was always to be like a “Flemish workshop” where art would be the center of family life and the whole family would play a role in art. Thinking about that idea now, I realize how Cruz-Diez’s whole practice was designed to combine art and life. And, as his work is fully embedded in his family, I know the legacy of his art will be well nurtured into the future.

In his work Cruz-Diez always presents us with very specific arrangements of color—sometimes electrifying and sometimes more subtle; sometimes primary and sometimes scrambled. Yet he knows each of us will react with feelings that are diverse and personal. We may share a vision of color with others but experience it ourselves in different ways. This is the essence of any art, but with color devoid of symbolism, the relationship between the shared and the individual is especially clear. It’s been well-documented how diverse reactions to color can be. Among Modern artists, famously Van Gogh found yellow sunny and soothing; Kandinsky could find it disturbing. Cruz-Diez was a generous soul, especially in how he creates space for our personal experience. His pursuit to “Free Color” from form outside in public space, so touchingly documented by Arvelo’s film, is itself perhaps a goal of all art—to allow us to come together in inspiring shared experience, surrounded by the multiplicity of our feelings and perspectives.

We will miss the man Carlos Cruz-Diez, but we will all look forward to his last and perhaps greatest work to be realized.