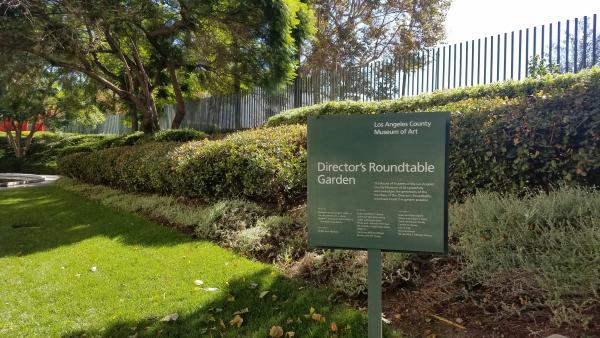 The Director's Roundtable Garden is closing on October 27, 2019, in preparation for the construction of the new building for the permanent collection designed by Peter Zumthor, which is expected to be completed by the end of 2023.

Alexander Calder's Three Quintains (Hello Girls) (1964) has been a fixture on LACMA's campus since the museum opened its doors in 1965. The first sculpture designed specifically for the museum, Hello Girls was commissioned by LACMA's Art Museum Council (AMC), which is playfully referenced in the title as it was a mostly female council that organized the acquisition. The sculpture is one of very few fountains Calder created over the course of his career, memorialized in 2013 through Liz Glynn's performance The Myth of Getting It Right the First Time.

Though Three Quintains (Hello Girls) will be moved into storage during construction, six of LACMA's other large-scale modern and contemporary outdoor sculptures are currently on display at the South Coast Botanic Garden, in Palos Verdes, including Nancy Graves's Trace, formerly on view in the Roundtable Garden.

Be sure to visit the Director's Roundtable Garden before it closes on October 27! 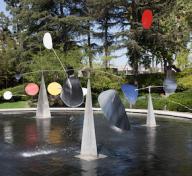 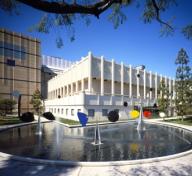 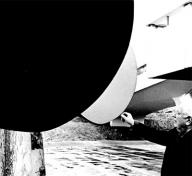 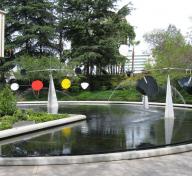