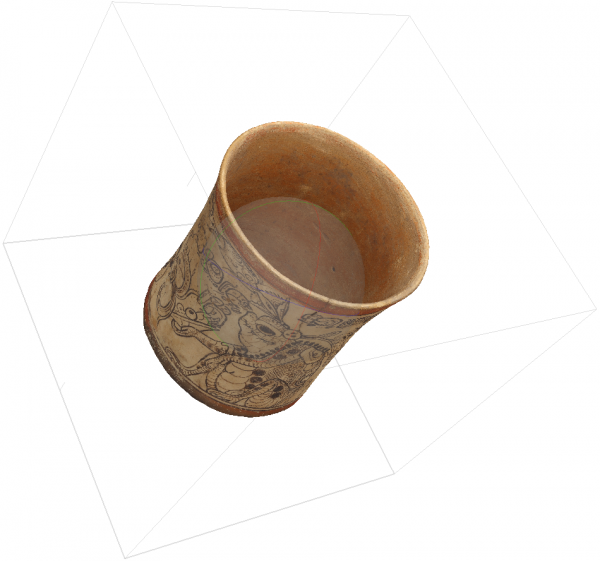 The Ancient Americas in Three Dimensions

While LACMA is temporarily closed to the public, the Art of the Ancient Americas department is pleased to share a project we have been working on to keep our collection publicly and widely accessible: 3D models of ancient objects.

We developed our 3D modeling project as a creative way to bring our work to the public during the construction of the museum’s new building for the permanent collection. New partnerships with other institutions and traveling shows bring objects from our permanent collection to new audiences, and now Art of the Ancient Americas is exploring how we can use digital technologies to do the same. Thus began our work on a project to produce 3D models of important pre-Columbian objects in our collection. These models, which are now freely accessible on Sketchfab, help to document these ancient works and create opportunities for global viewership, education, and research. We selected one particular group of objects as the focus of our initial efforts: Classic Maya codex-style vessels. 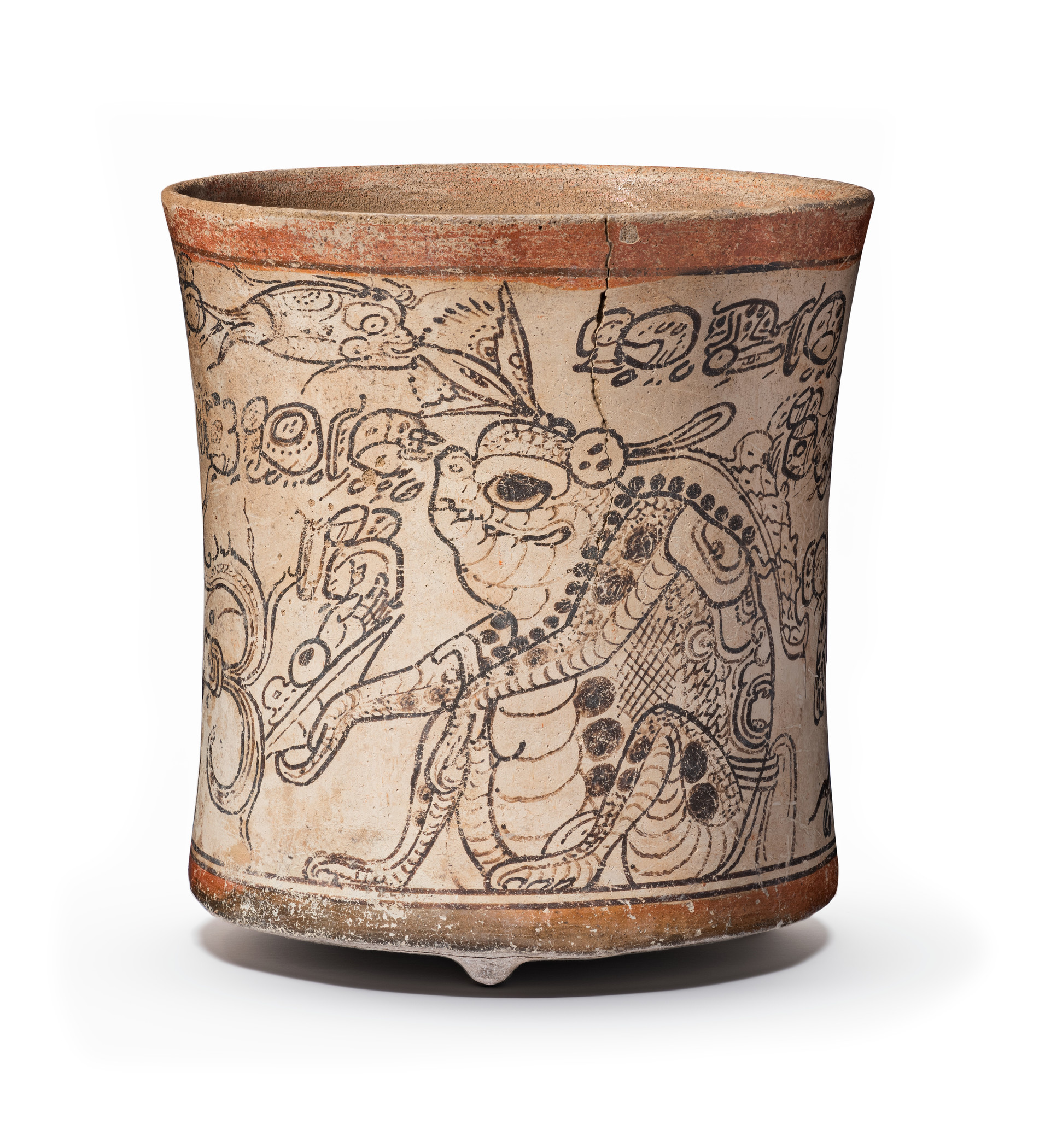 Codex-style vessels are so named because of stylistic traits they share with pre-Columbian Maya bark-paper books, or codices (sing. codex). Like codices, these vessels feature elegant black lines on a cream base, with red bands demarcating the margins of the imagery, which is most always mythological in nature. Primordial events, divine personages, and supernatural motifs adorn the surfaces of drinking vases, bowls, and plates. A small group of artists and their workshops, associated with the royal court of the Classic Maya city of Calakmul, crafted codex-style pottery from around 650 to 750 CE in a region spanning what is now southern Campeche, Mexico and northern Peten, Guatemala. Their skillful works in this calligraphic style are exemplars of Classic Maya art.

At least 350 codex-style vessels are known to exist, more than half of these in private collections. Art of the Ancient Americas has 50 in its holdings. As custodians of this remarkable resource, we have a responsibility to keep it accessible to our many publics. Codex-style pottery, then, was the perfect candidate to initiate our 3D modeling project.

The rich imagery on these vessels make them difficult to study from photographs alone. Take the example above, which shows three different angles of the same codex-style drinking vase. Together, the photos show the form of the vessel as well as the discrete personages depicted—an otherworldly toad, a scarved jaguar, and a hunting god emerging from the open maw of a deer-snake. Yet, the interplay between the different figures across the surface of the vessel remains difficult to parse.

To combat the limitations of traditional photography, Justin Kerr standardized and popularized the technology of rollout photography for Maya vases beginning in the 1970s. Using a motorized turntable that rotates at the same speed as the film in the camera, Kerr’s method produces an image of the entire cylindrical surface of a vessel as if it had been unwrapped, allowing the eye to behold the entire scene at once. Kerr’s rollout of the same vessel described above reveals how discrete iconographic elements—supernatural beings, hieroglyphic captions, calligraphic flourishes—relate to one another. Yet, as useful as rollouts like these are for understanding ancient iconography, they divorce imagery from form, showcasing decoration while obscuring the object itself.

Three-dimensional models, as a more dynamic medium, offer a superb complement to traditional and rollout photography. Viewers can manipulate, rotate, and zoom into an object, creating opportunities to observe details that are otherwise absent from photographs. Check out some of these details for yourself on the 3D model of the aforementioned vase, embedded below.

We generated this 3D model and others using a digital technology called photogrammetry, which builds three-dimensional models using information extracted from two-dimensional photographs. For each object, we took hundreds of photographs from multiple angles with the assistance of an automated turntable. We then imported these photos into photogrammetric processing software called Agisoft Metashape, which estimates camera positions, calculates depth maps for each photo, and builds a 3D structure from this information. The result is a manipulable object file that can be disseminated publicly via hosting platforms for 3D models, such as Sketchfab.

So far, we have generated 3D models for 14 codex-style vessels in our collection, and we will be expanding this project to include objects from other regions and time periods. We will continue to upload new models as they are produced, so be sure to check back in and follow our progress. The possibilities of this technology are many, and we look forward to developing additional programming—for education, research, cultural heritage, community outreach, etc.—with these digital collections.