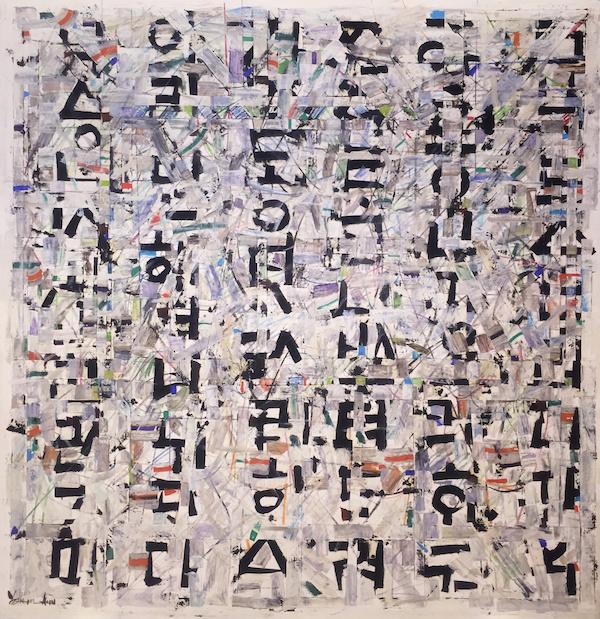 A pandemic can't slow down the Korean Art department at LACMA. In mid-March of 2020, when the museum temporarily closed, I remember clearly walking out of our offices with my research assistants carrying suitcases larger than ourselves packed with books heavier than each of us—research for catalogue entries. Not knowing how long the situation would last, I instructed my assistants to take everything. Wiser words than I knew at the time.

Video technology, love it or hate it, has proven to be the replacement for social connection during the COVID-19 pandemic. With it and sometimes without it, preparation for the exhibitions in the department is continuing. Thanks to the unprecedented launch of the Korean Art Scholarship initiative supported by Hyundai Motor Company since 2015, we presented Beyond Line: The Art of Korean Writing (2019), which brought together traditional and contemporary aesthetics and showcased the importance of line for centuries in Korea. It was the first show of its kind acknowledged by Korean art scholars.

We are hard at work planning two exhibitions, Park Dae Sung: Virtuous Ink and Contemporary Brush (Fall 2021) and a major presentation of works from the Korean modern period (Fall 2022). We are also conducting research for exhibitions further down the line: a Korean calligraphy show invited by the Seoul Calligraphy Museum in Seoul, South Korea; the third and final installment of the Hyundai Korean Art Scholarship initiative on contemporary art; and a show on contemporary Korean craft and design.

Park Dae Sung's (b.1945) exhibition will show works that merge traditional interpretations with the contemporary, and in this way, the styles of East and West. What gives his work the sense of simultaneous duality is his execution of the brush, reminiscent of the compositional and stylistic aspects of Western modern and contemporary art, yet drawing from calligraphic traditions. As a result, his work can evince a deep affinity for Korean antiquities such as ceramic artifacts, Buddhist culture, and literati painting fused with a contemporary flair. The strength of Park's practice and artwork is the remarkable visual evolution that invalidates the polarity of "traditional" and "contemporary" categories. His works are both legible and compelling to audiences regardless of culture and ethnicity, even as they reference Korean cultural and artistic history.

The modern show in 2022, titled, The Space Between: The Modern in Korean Art, is co-organized with The National Museum of Modern and Contemporary Art (MMCA), our largest lender with the largest collection of modern works in Korea. As the second major Korean art exhibition organized by LACMA as part of its 10-year partnership with Hyundai Motor Company, this exhibition covers the years 1897 to 1965, spanning the arc of Western via Japan and American influences disseminated throughout the Korean Empire (1897–1910), colonial period (1910–45), and Korean War (1950–53) with a glimpse into the beginning of the contemporary.

The revolutionary cultural shift that began with the Empire period (1897–1910) visually marked the end of five centuries of the last dynasty in Korea, Joseon (1392–1910). Western cultural influences coming via Japan manifested almost overnight, largely in hopes of demonstrating Korea's ability to modernize to prevent an imminent takeover by Japan. Although Japan did colonize Korea for the next 35 years, the consequences forever marked the country's elusive grasp of its identity as it wavered between tradition and outsider influence, a struggle within the arts to this day. By the end of the Korean War (1950–53), the magnified status of the U.S. made way for access to American abstract art and indirectly European informel. For nearly a decade, abstract expressionist and informel styles dominated the Korean art scene, lending insight to the styles and types of art to come. As a result, the early 20th century gave access to irreversible artistic changes in Korea that would forever alter the way art would be practiced, serving as the foundation for the global contemporary of today.

By 2024, LACMA will have opened the new building for the permanent collection, the David Geffen Galleries, to the public. With art from all cultures and time periods displayed on the same level in the new building, and no one culture given more prominence, I am thrilled that Korean art will finally belong, on par, with all the arts. In the new building, Korean art will maintain its distinctiveness, and yet be seen as an integral part of global art history. This premise will demand a new way of seeing. It is not easy for any of the curators to reconsider, rethink, and re-see our own collections, moving away from the accepted ways. In the near future, we will finally be able to connect to other cultures and bring out interconnected influences we have always known about but were not able to explore in single-focused spaces. The juxtapositions of the works will bring out new appreciative similarities and non-similarities simultaneously. The challenge is undeniably present, but it is a welcome one.

All these shows will be visible to the public. What is not seen are the active and ongoing efforts to build the Korean art collection, to train young scholars for a future in Korean art, to research Korean art, to collaborate with colleagues at conferences and within LACMA, to find potential art for acquisition, and, when the pandemic is over, to see colleagues and artists in Korea again. We hope to build the Korean Art department at LACMA into a resource and a site for future publications, both of which the field desperately needs. Again, the challenge is undeniably present, but it is a welcome one.