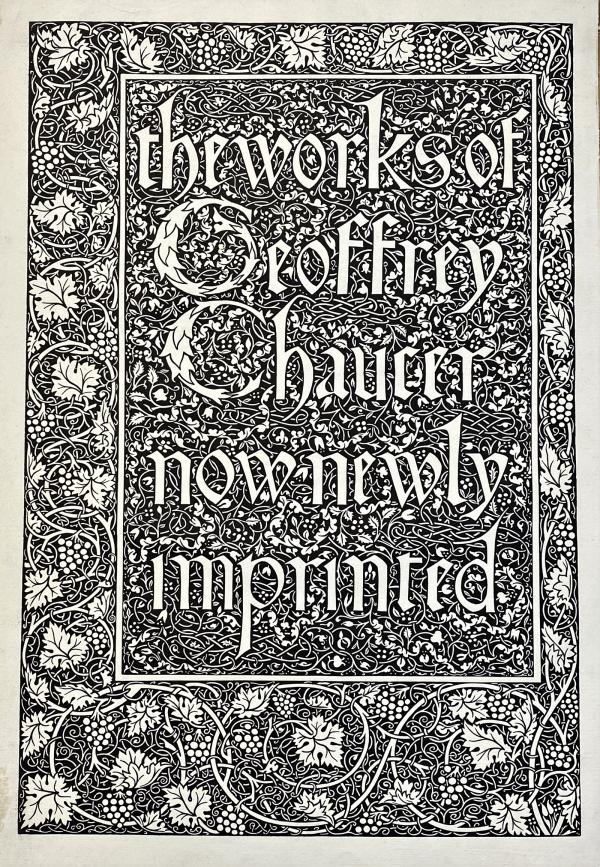 Title page of The Works of Geoffrey Chaucer, 1896

Happy Birthday to the Kelmscott Press!

Celebrate the 125th anniversary of the Kelmscott Press with a look at LACMA’s Balch Art Research Library’s magnificent 1896 edition of The Works of Geoffrey Chaucer, arguably one of the most beautiful books ever printed.

Established in 1891 in the outskirts of London, the Kelmscott Press was the private press of William Morris, the prolific author, craftsman, artist, and printer. While its output was limited, the Kelmscott Press editions were considered a hallmark of the Arts and Crafts movement, and Morris has often been credited with reviving the art of fine printing in Europe and encouraging the establishment of private presses in the United States.

Page from LACMA's edition of The Works of Geoffrey Chaucer

Kelmscott publications were heavily influenced by the 15th-century printing standards and styles that Morris believed were endangered as a result of the industrialization of printing. He brought together an extraordinary team of talented artists and artisans to produce the “ideal book.” The celebrated Pre-Raphaelite painter and Morris’s close friend Edward Burne-Jones was one such artist, recruited to produce the splendid 87 wood-cut illustrations that appear in the Kelmscott Chaucer. The engravings were done by William Harcourt Hooper. The linen paper is handmade, in an attempt to match 15th-century incunabula. 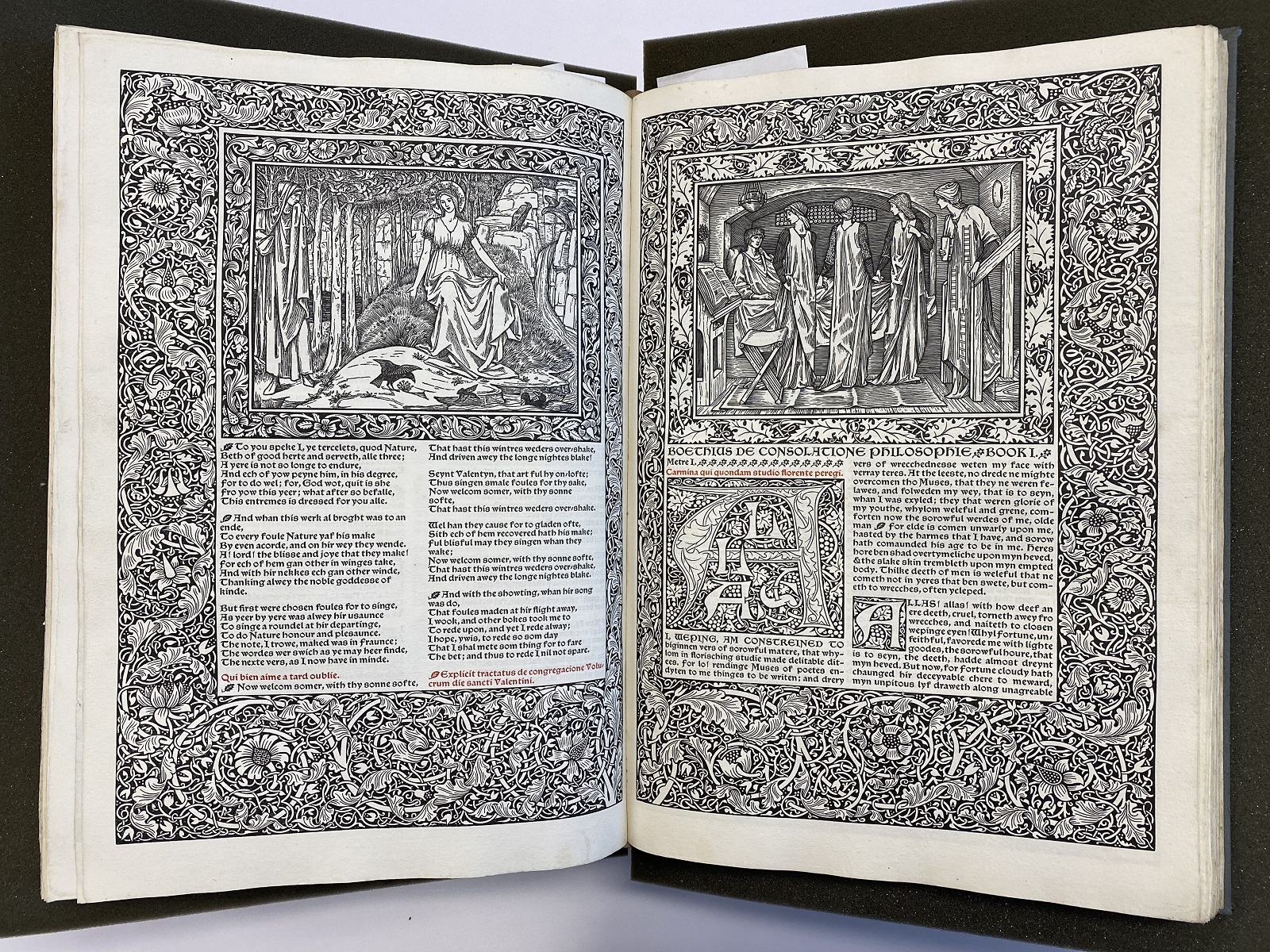 Pages in LACMA's edition of The Works of Geoffrey Chaucer

“If we live to finish it,” Burne-Jones wrote, “it will be like a pocket cathedral—so full of design and I think Morris the greatest master of ornament in the world.” This wasn’t hyperbole; in June of 1896 the ambitious four-year project was finished, and the first two copies of an edition of 425 were delivered to Morris and Burne-Jones. Morris died four months later. 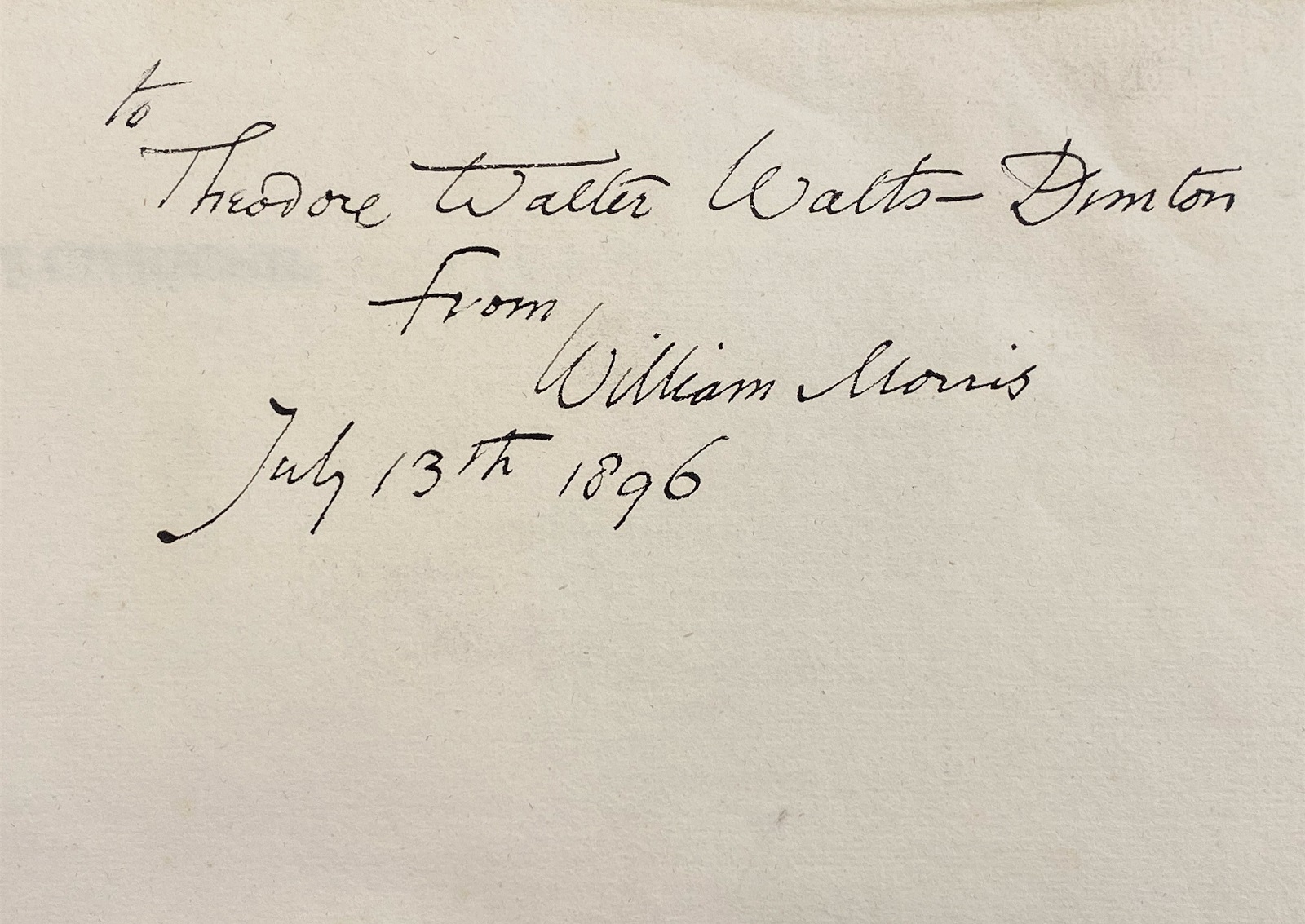 The library’s copy is signed by Morris and is from the personal library of Paul Rodman Mabury, an early and influential supporter of the original Los Angeles County Museum of History, Science, and Art. The donation of his personal library established our rare book collection and remains a significant part of the Balch Art Research Library’s Special Collections.

If you are interested in learning more about the Kelmscott Press, William Morris, Edward Burne-Jones, or the Arts and Crafts movement, please visit the library’s page for information on how to schedule an appointment.