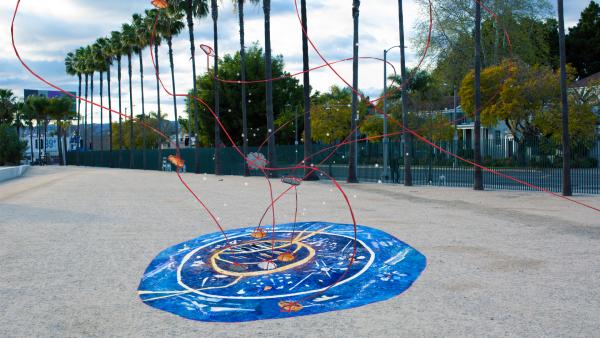 Reimagining the Continuous Presence of Native People with Mercedes Dorame

Working in landscapes she feels anchored to, Mercedes Dorame reclaims connection to the land and ancestral knowledge by exploring what it means to exist as a Native inhabitant of contemporary Tovaangar (present-day Los Angeles). The lack of federal recognition of the Tongva land fuels Mercedes to recount the tribe’s history and legacy through her artistic practice. Mercedes is known for constructing intricate sculptural installations that mix fact and fiction in order to re-open portals of memory that tell a new story. In reimagining a portal to another dimension of the past-future, she pushes forward her vision of centering the continued presence of Indigenous people and their connection to the land and the histories of California.

A part of Monumental Perspectives, Portal for Tovaangar is an immersive AR experience that links past, present, and potential future worlds. Portals serve as doorways or other entrances to other spaces. In this case, Mercedes positions the portal not as a literal space but as a mindset. She aims for viewers to engage with what continues to inspire many Native people: the sky, the land, indigenous plant life, celestial bodies, and the infinite ability to connect to these entities and with each other. Mercedes explains, “If you walk into this space and experience this monument, this portal, this AR lens, you are engaging in a mindset that expands your possibilities and expands where you might go with it from there.” The AR monument proposes a community healing opportunity, an exploration of truth in understanding Indigenous intrinsic knowledge, and reconciliation. 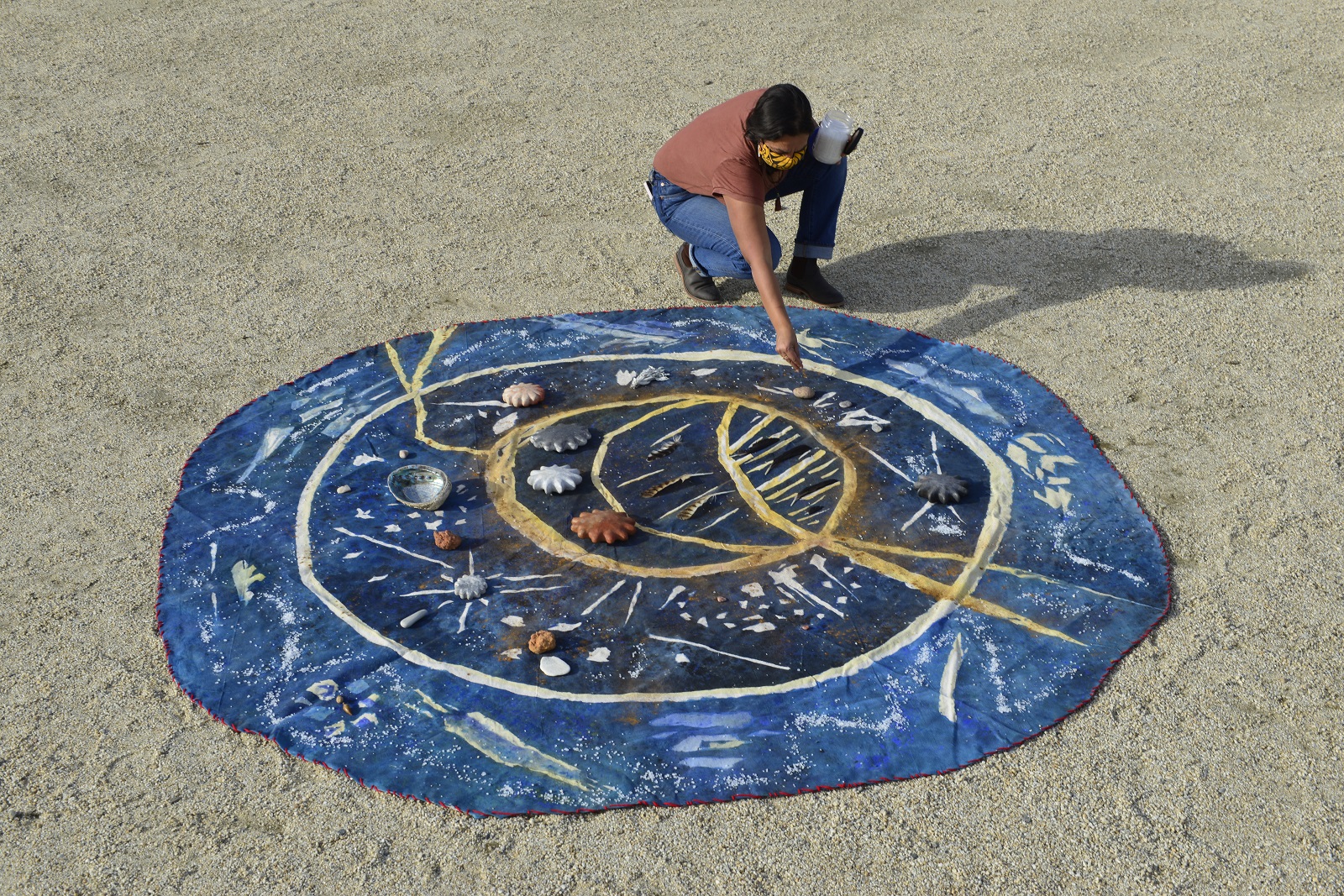 What better way to reimagine a portal than by using augmented reality? Throughout the development of her project, Mercedes worked closely with Snap Lens Creator Sutu to create this virtual experience in the form of an AR Lens. Mercedes shares that she “was really excited to use this new technology and really get the viewer to understand the connection to the place we are living in, the Tongva culture, and the original caretakers of the land—to see that presence as a contemporary and future presence.”

Drawing from her established sculptural installation practice that incorporates star maps, Mercedes’s AR portal mimics constellation maps and incorporates energy fields, feathers, levitated salt crystals, and star stones. The star stones featured in her work reference Tongva artifacts that remain mysterious, as their purpose is still unknown. Mercedes incorporates these elements to draw attention to their position in history. “I think about the history and . . . about how the meaning has become dislocated from these objects and instead of feeling sad about that lost history, I want to be empowered in interpreting them myself.” With red yarn guiding the viewer's gaze from the base of the portal up to the cosmos, Portal for Tovangaar shifts away from memorializing heroes and singular events and engages the continued and future presence of Native people in Los Angeles.

In order to create a fully immersive experience, Mercedes also incorporated an original composition she created with Samuel Kinsella, inspired by recordings of American Indian songs and dances recorded on two-minute Edison Blanks wax cylinders found at the Smithsonian’s National Museum of Natural History collection. The lyrics reference a person who asks a red-winged black bird to fly with them with outstretched wings and is sung by Mercedes and her daughter in the Tongva language. While she admits it was a bit of a challenge to push herself to produce the music, it was an important aspect to preserve the Tongva language while creating an immersive experience. “Sutu made the portal revolve and have energy fields coming out from the bottom in sync with the soundscape,” Mercedes says. “This kind of echoing of the wax cylinders revolving and how that echoes the portal moving around came together quite beautifully.” 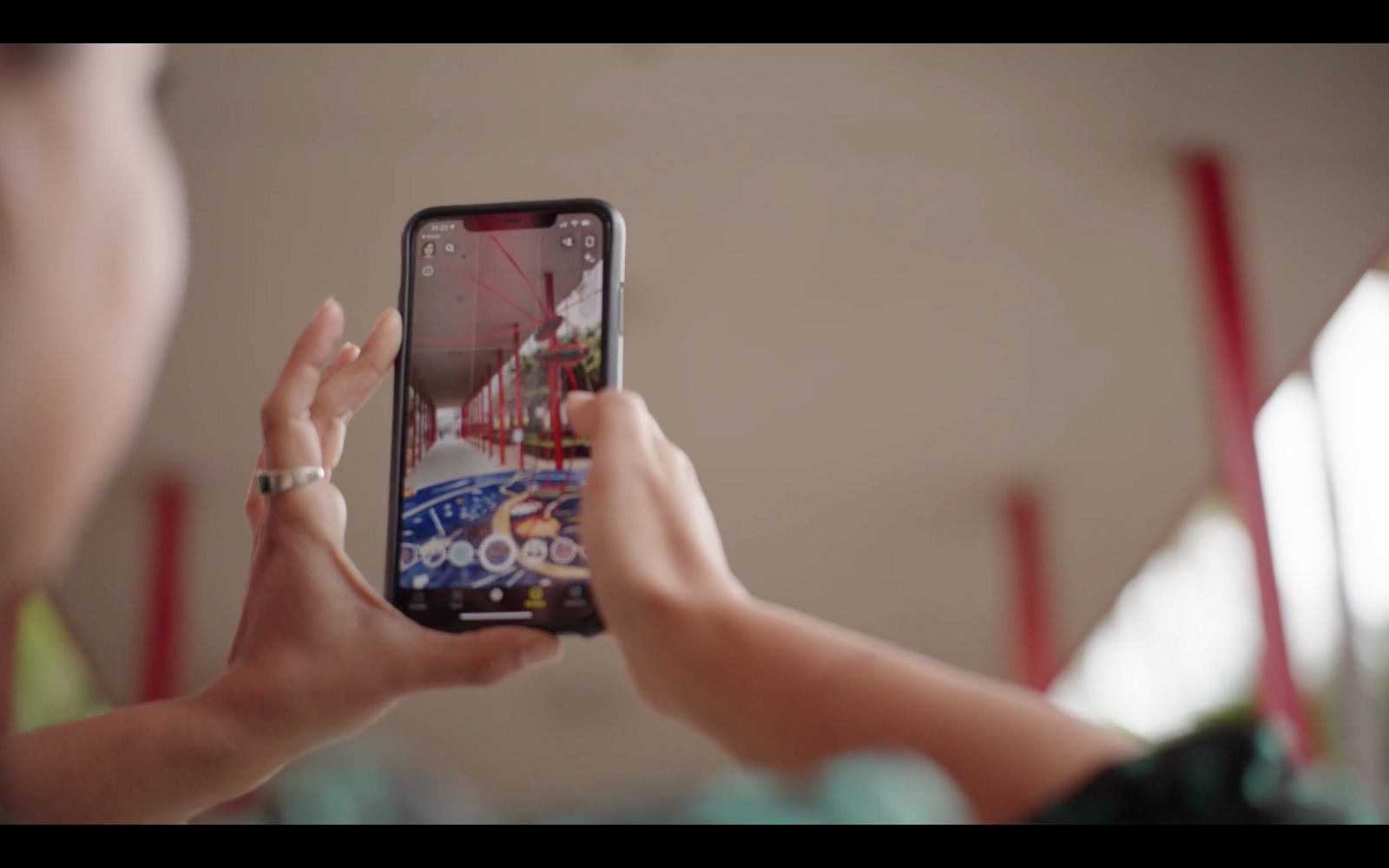 Mercedes looking at Portal for Tovangaar through the Snapchat app at the Los Angeles County Museum of Art, photo courtesy of Snap Inc.

Portal for Tovangaar is located on LACMA’s Mid-Wilshire campus by the Zev Yaroslavsky Plaza, near Michael Heizer’s Levitated Mass as one enters from 6th Street, and marked by a gray sign with a bright yellow Snapcode. In choosing the location for her AR monument, Mercedes really wanted “people to experience this portal outside . . . and reconnect with all these sensations that have been a little bit absent this past year.” She also took into consideration the long history of the adjacent La Brea Tar Pits and their connection to the Tongva people. Tar was used as a sealing agent for ti'ats, or plank canoes, that the Tongva people residing in Los Angeles and Catalina Island used to travel to and from the mainland. Mercedes shares, “I liked that imprint of history also in connection with LACMA as an art space.” Situating her AR monument at LACMA contextualizes her work beyond a historical narrative into a contemporary one. 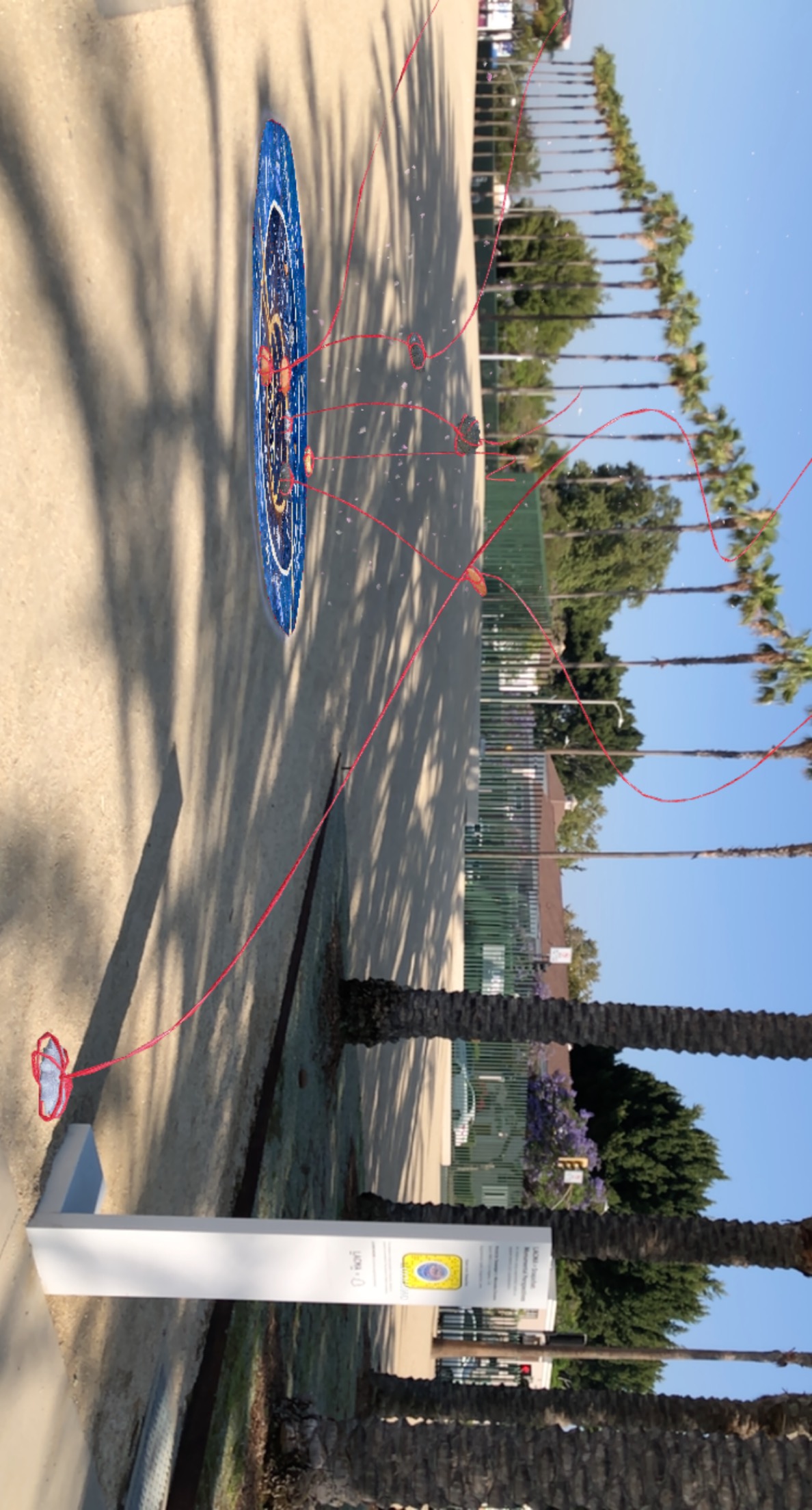 Ultimately, Mercedes hopes Portal for Tovangaar will expand the viewer’s perception. “I want people to experience it and open up to feeling and seeing it and connecting to it both literally and imaginatively. I want to clue people into this curiosity and expand on the idea of what is possible. I want this project to be an expansion of perception, expansion of experience, and expansion of imagination.” The continuous efforts to acknowledge and reimagine a presence of Indigenous communities calls on making space for Native culture bearers, artists, educators, and professionals to share their own language and traditions.

Check out our new podcast highlighting the voices of the artists behind the initiative. LACMA × Snapchat: The Monumental Perspectives Podcast launches its first season with Through the Portal, produced in conjunction with Mercedes Dorame and her project Portal for Tovangaar. The episodes include conversations between Mercedes Dorame and senior curator of archaeology at the Fowler Museum at UCLA Wendy Teeter; astronomer and director of Griffith Observatory Dr. Edwin C. Krupp; artist and musician Robert Dorame; and poet Megan Dorame. Available wherever you listen to podcasts: iTunes/Apple Podcasts · Spotify · Stitcher · PocketCasts · TuneIn. 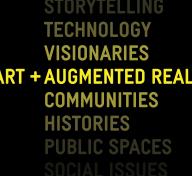