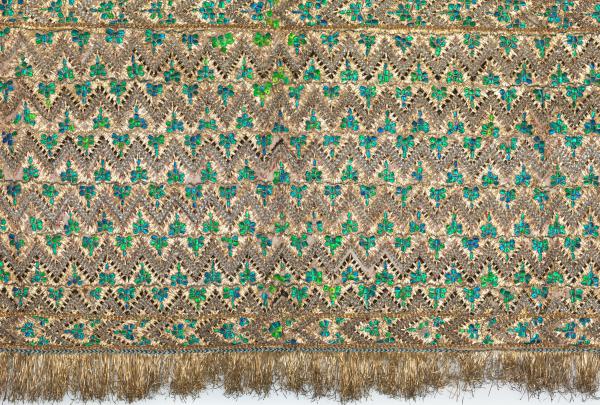 This summer, LACMA launched the YouTube series ART + WORK, which shows the care that museum conservators put into preserving a wide range of artworks from our permanent collection.

In this video, I carefully sew sequins made from the wings of a beetle onto a 200-year-old textile from India. Below, I share how I found such unique sequins and the challenges of securing them to the textile.

Fifty years ago, LACMA acquired this spectacular man’s sash, or patka, from the Heeramaneck Collection. Dating to the early 19th century and made in the Lucknow region of India, this length of fabric was embellished with the hard iridescent forewings, or elytra, of the jewel beetle (family Buprestidae). Though readily found in an area that ranges from India, Malaysia, Indonesia, and the Philippines to Papua New Guinea, some jewel beetles are farmed today. The insects live and die naturally on the farms, after which their iridescent elytra can be sold for many uses, like making jewelry and other embellishments. 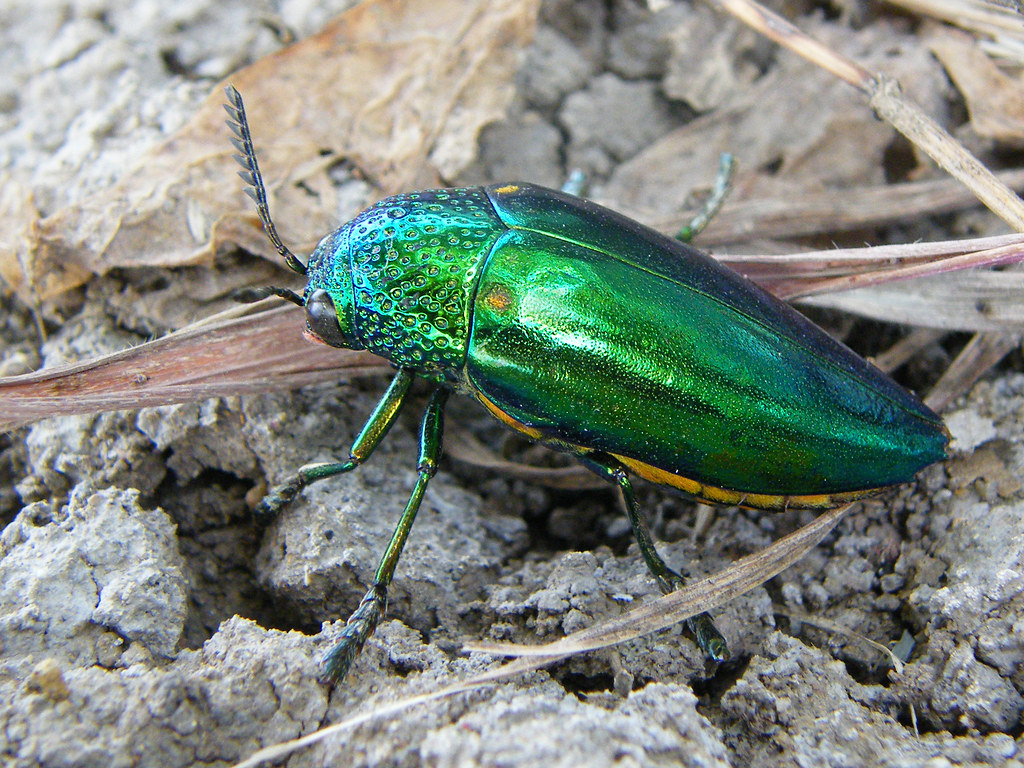 LACMA’s sash measures 132 ¼ × 24 ¾ inches (about 2 x 11 feet). A sash of this type would have been wrapped around a man’s waist with the decorative ends, or palla, hanging down in front. 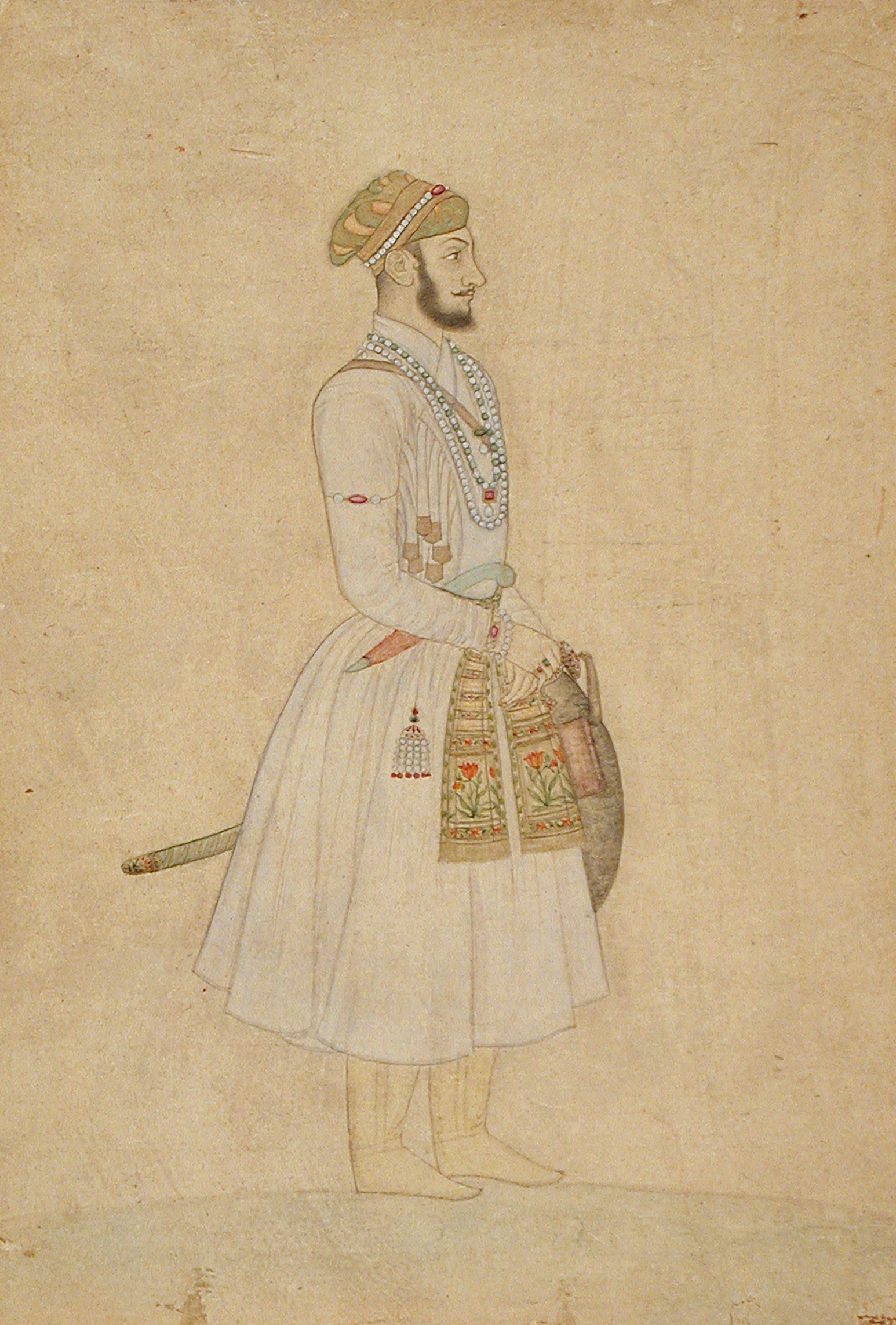 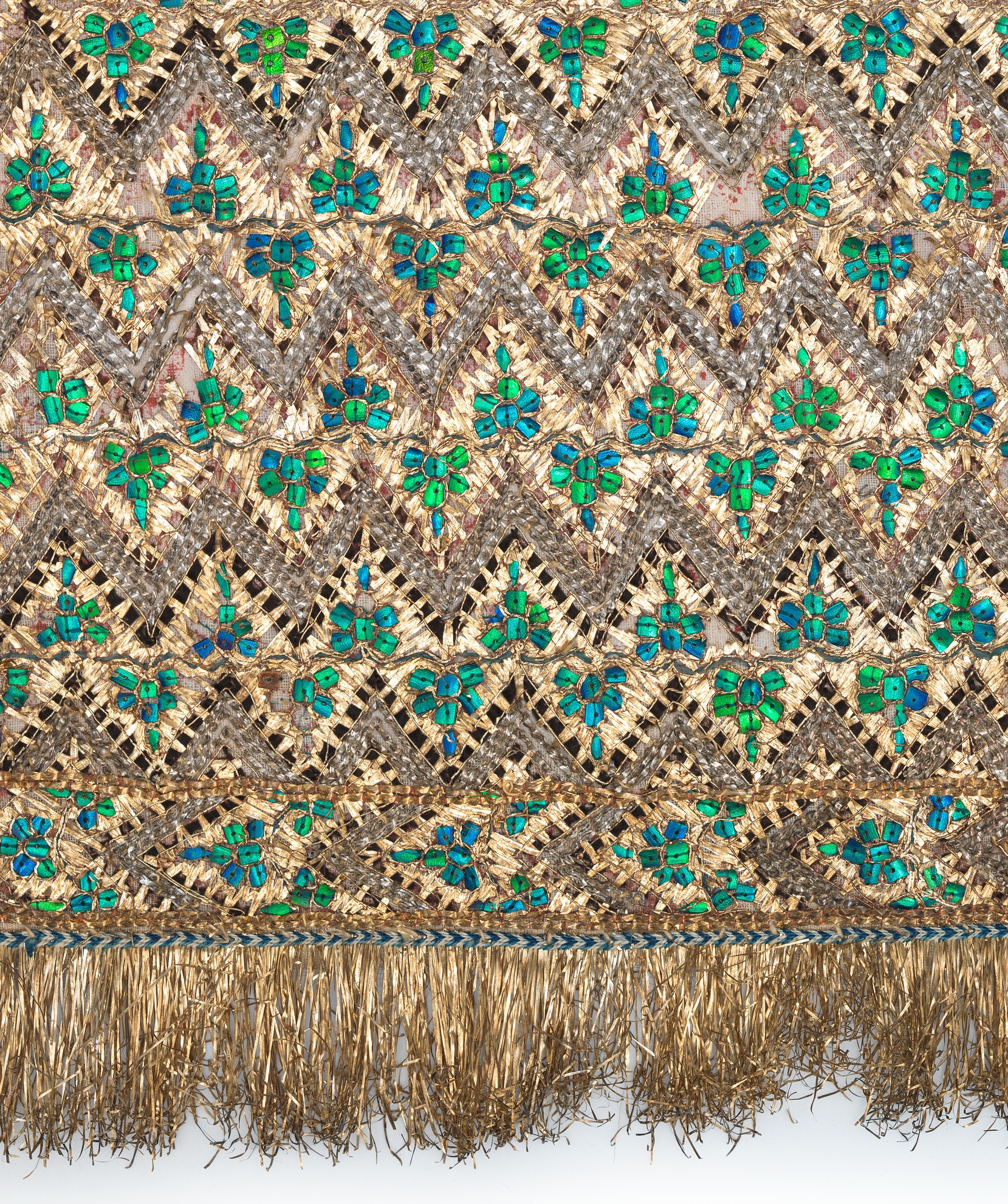 The textile had lost many original beetle wings, which were sewn down with a very fine silk thread to a lightweight plain-weave cotton fabric. The hard edges of the beetle wings were sharp enough to cut through the sewing threads until they broke, releasing the iridescent specks to the wind. 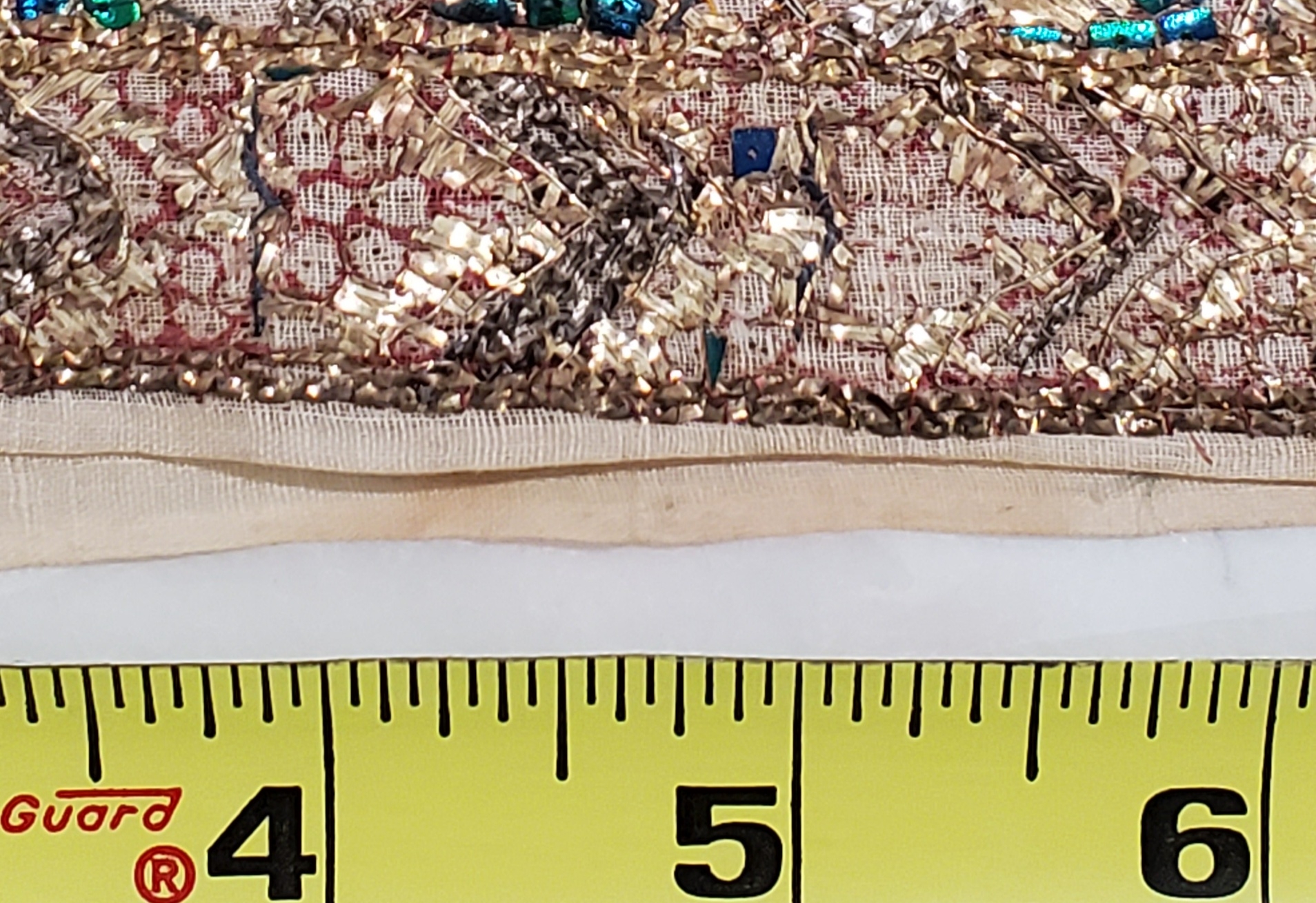 “The 11-foot-long borders had many elytra losses. An original printed pattern and stitch dots and holes in the cotton fabric showed me where the missing elytra had been.” Photo by Catherine McLean

Curators in the Costume and Textiles department felt that the losses were distracting. If some of the larger losses could be filled, the viewer would be able to enjoy the piece as a whole. For me, this was an exciting challenge that I gladly accepted. Conservators, though, feel the pressure when a catalog photography deadline looms; with about two months to source beetle wings and to sew them in place, the clock was ticking.

After poring over several options, I selected ¼ inch (6 mm) round sequins punched from the elytra, green in color, with a hole drilled in the middle, thinking that precious time could be saved later on. The stitching hole I needed would be pre-drilled and trimming to shape could be done efficiently. I just had to wait four weeks for delivery from Thailand. 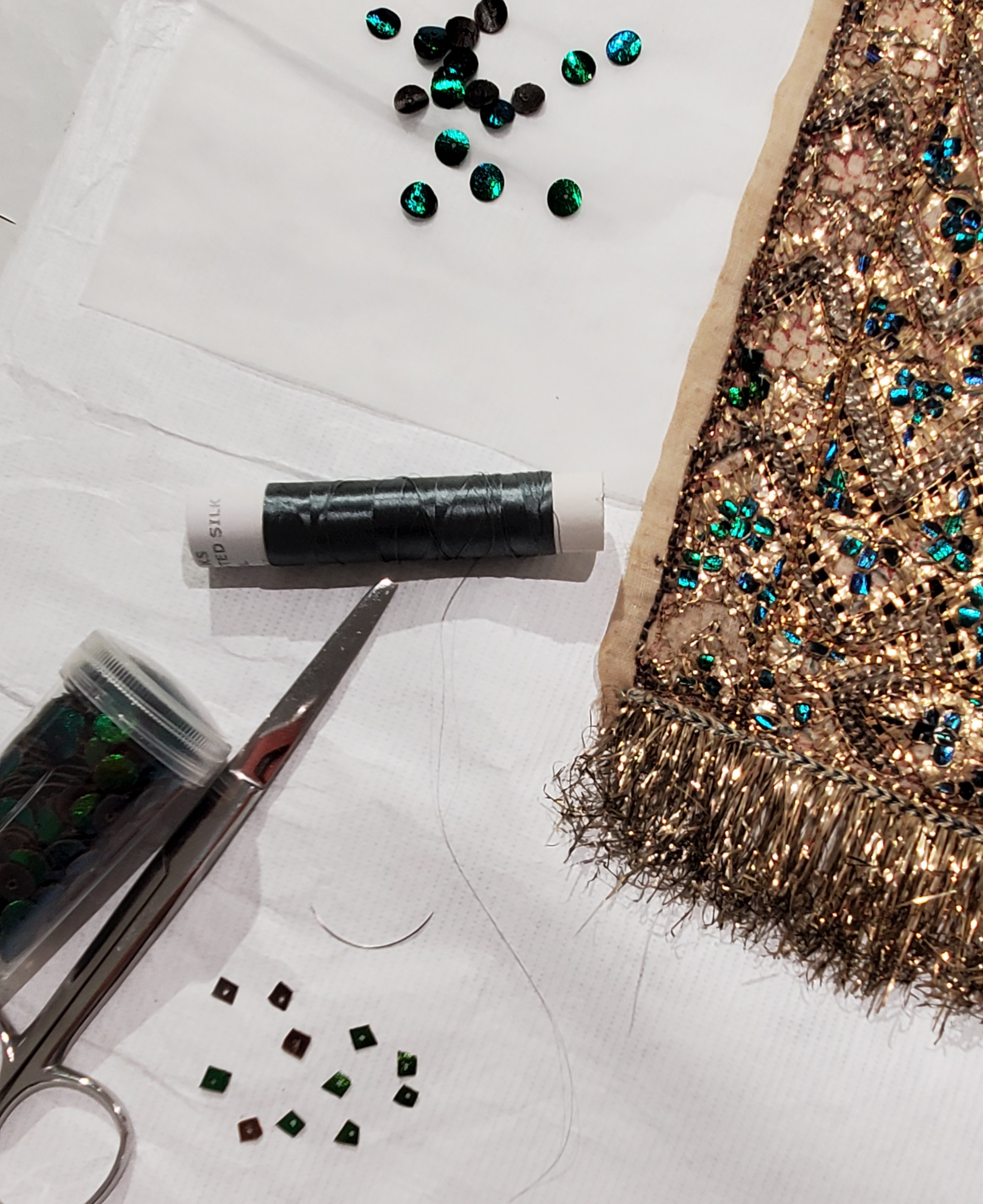 When the sequins arrived, I realized that the modern elytra were greener in color than the 200-year-old blue-green elytra on the sash. Perhaps I had purchased a different species.

“My first try, before (left) and after (right).” Photo by Catherine McLean

Since this was the first time that I had sewn down such tiny sequins, each a little more than ⅛ inch (4 mm) across after snipping the edges of the round sequins into square shapes to match the originals, it was time to test and self-critique:

“I worked with an extremely fine curved needle and a plied polyester thread, finer than a strand of hair. Yellow arrows point to the eye of the needle and its point.” Photo by Catherine McLean

During the winter COVID-19 surge, with only 4 weeks to go and two heavily decorated ends plus 22 feet of side borders, I resolved to begin with filling the largest losses on the ends and then proceed to the side borders, jumping around so that the entire piece was always visually pleasing. If time ran out, the sash would look finished. Luckily, my sewing skills and speed improved, meeting the photography deadline for a beautiful exhibition catalogue for a future exhibition. 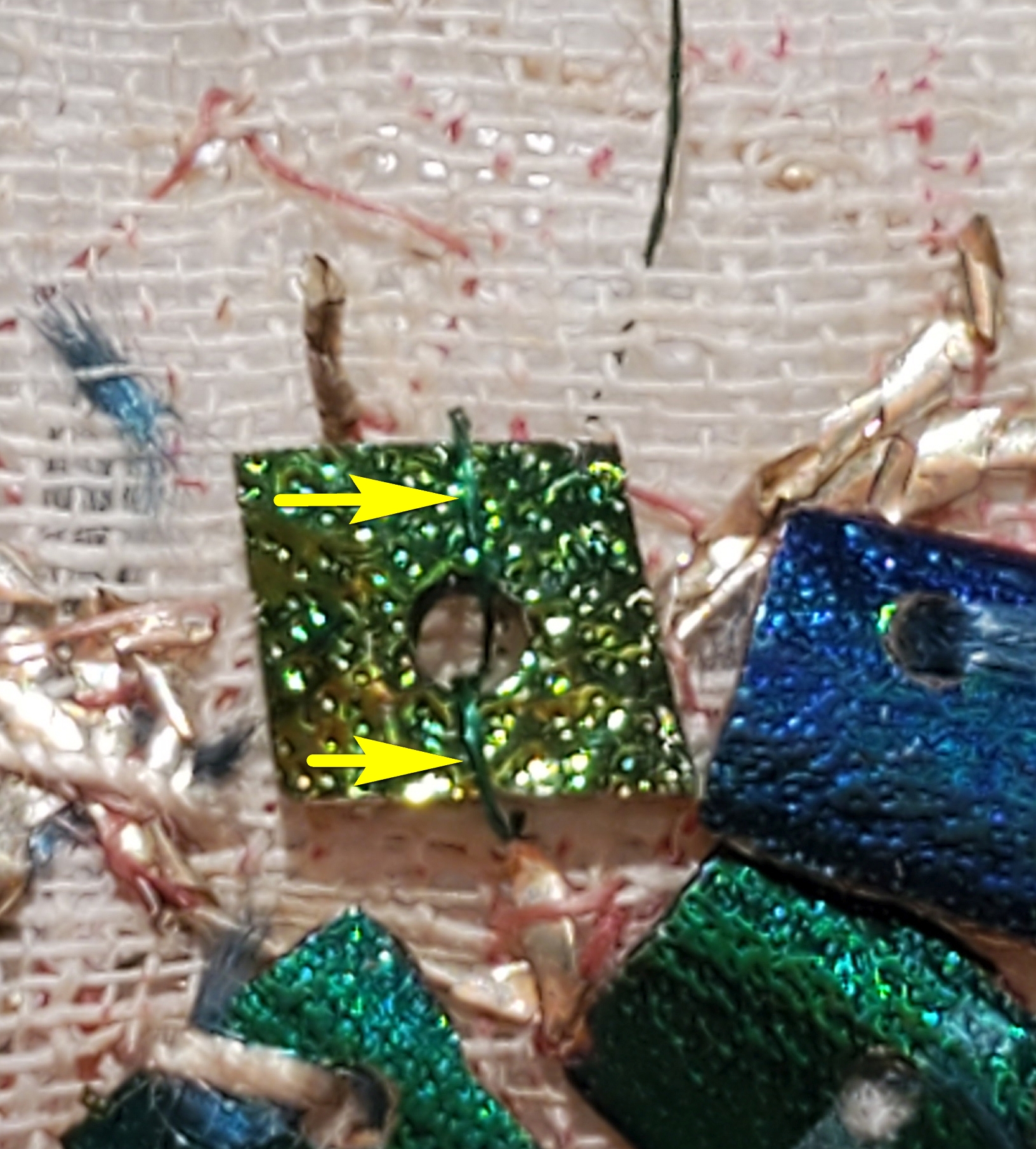 “Yellow arrows point to the two stitches I used to secure each sequin. Then my thread continued on to the next spot with a missing sequin.” Photo by Catherine McLean 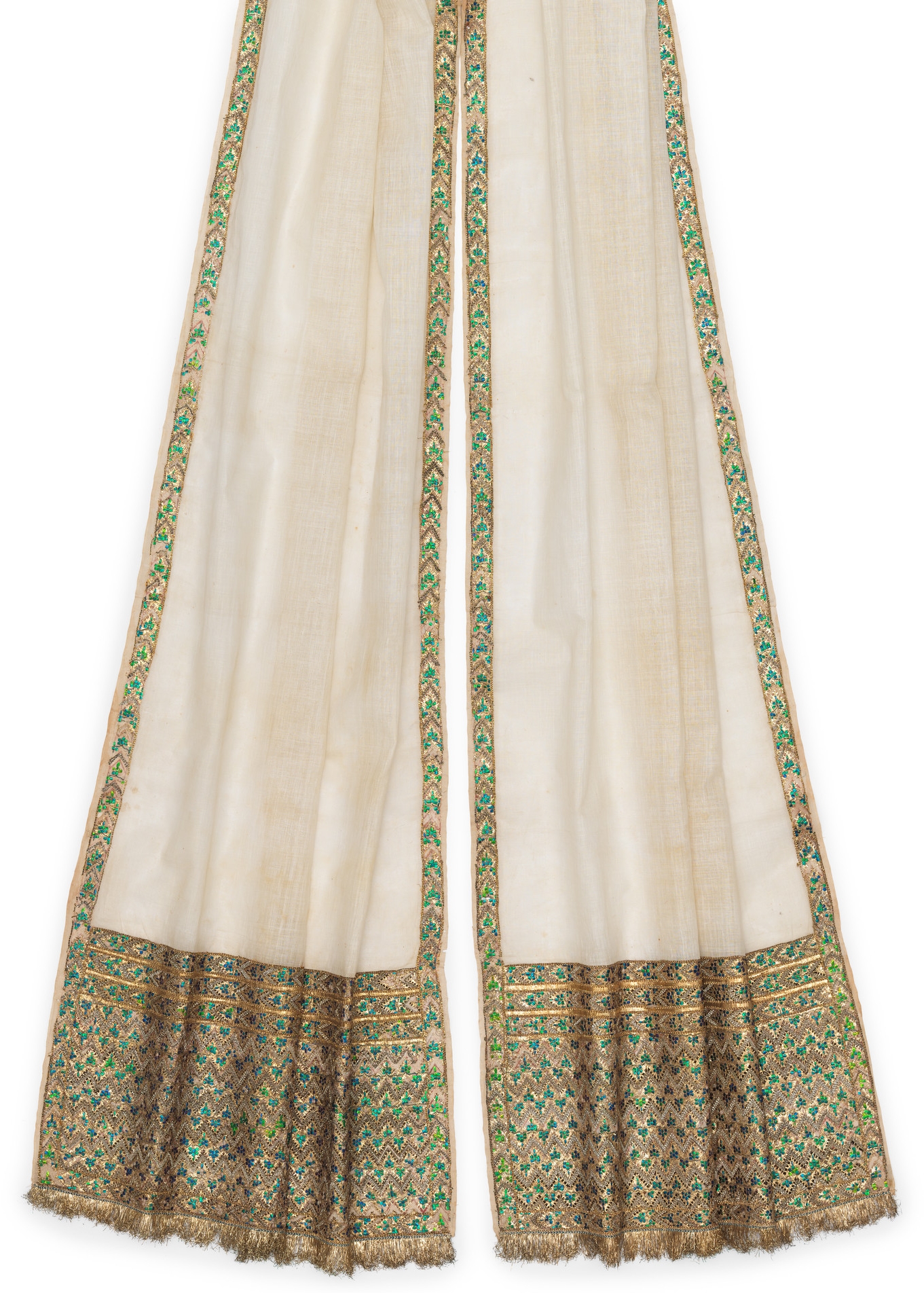