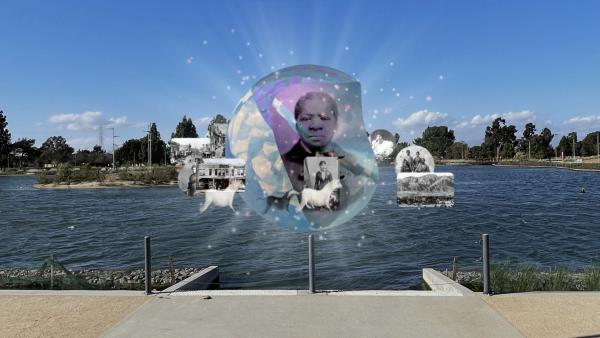 Memorializing the Life and Legacy of Biddy Mason with Ada Pinkston

Exploring the relationship our society currently has with historical landmarks, Ada Pinkston centers her practice at the intersection of imagined histories and sociopolitical realities. Ada’s focus on intersubjective exchanges in her artistic practice led her to create immersive installations and workshops rooted in dialogue and research. Her ongoing project LandMarked and body of work explore monuments and memorialization, reflecting on how memories live through the physical and social architecture of a place.

No stranger to the discussions around monumentality, Ada brought her ongoing practice, thought, and research to the realm of augmented reality for Monumental Perspectives. In The Open Hand Is Blessed, Ada created a memorial series that pays tribute to the voice and spiritual philosophy of Bridget “Biddy” Mason. 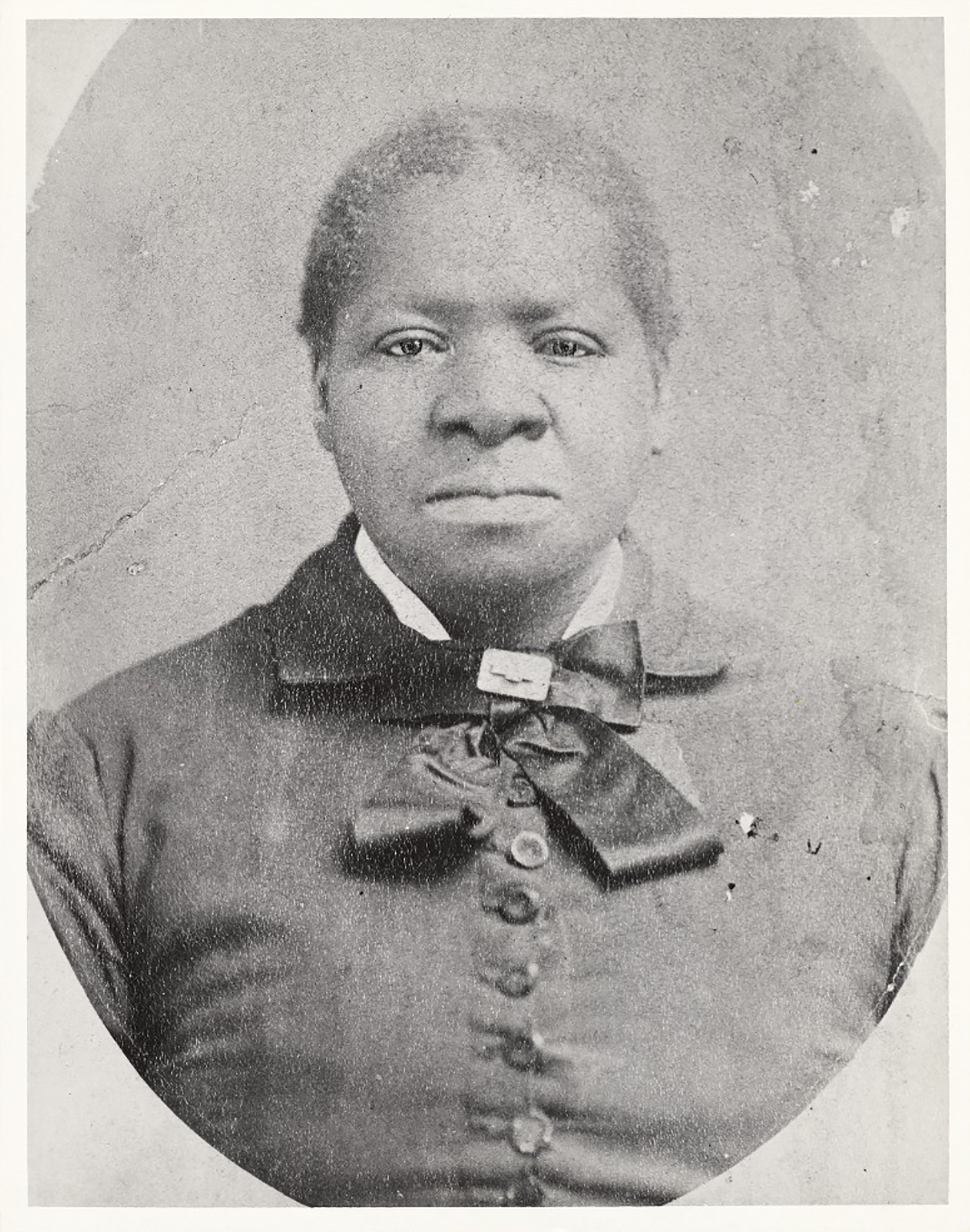 Inspired by her own personal connection to Mississippi, Ada came across the story of Biddy Mason after researching the narratives that have been excluded from the histories of Los Angeles. “I was thinking what is the counter narrative to the architecture that exists in Los Angeles and throughout the United States,” she shares. In 1851, Mason arrived in San Bernardino, California, after traveling thousands of miles by foot as an enslaved person from Mississippi. After this arduous journey, she successfully fought for and won her freedom through the court system in 1856, at the age of 38. She settled in Los Angeles and worked as a nurse and midwife. During her life, she was a patron who funded many schools and individuals throughout the region. She died a free person and one of the wealthiest Black women in the country. Biddy Mason’s story is one of resilience.

In The Open Hand is Blessed, Ada channels the mythology of Calafia, fictional queen of the island of California, as she draws from her established watercolor practice to capture the spirit and memory of Biddy Mason. Ada centers a portrait of Biddy Mason among a floating orb with soft purple, magenta, and blue hues overlaid. The artist considers orbs to be light energies and fragments of a person’s memory. So, she examined recent images of sound and space, as well as contemplated “what happens to the particles of a person when they move on and how those particles impact the space in between and memory of a person” when painting her watercolor artworks. Ada created over ninety different watercolor paintings that represent an ever-moving energy source to be digitally incorporated in the AR lens. 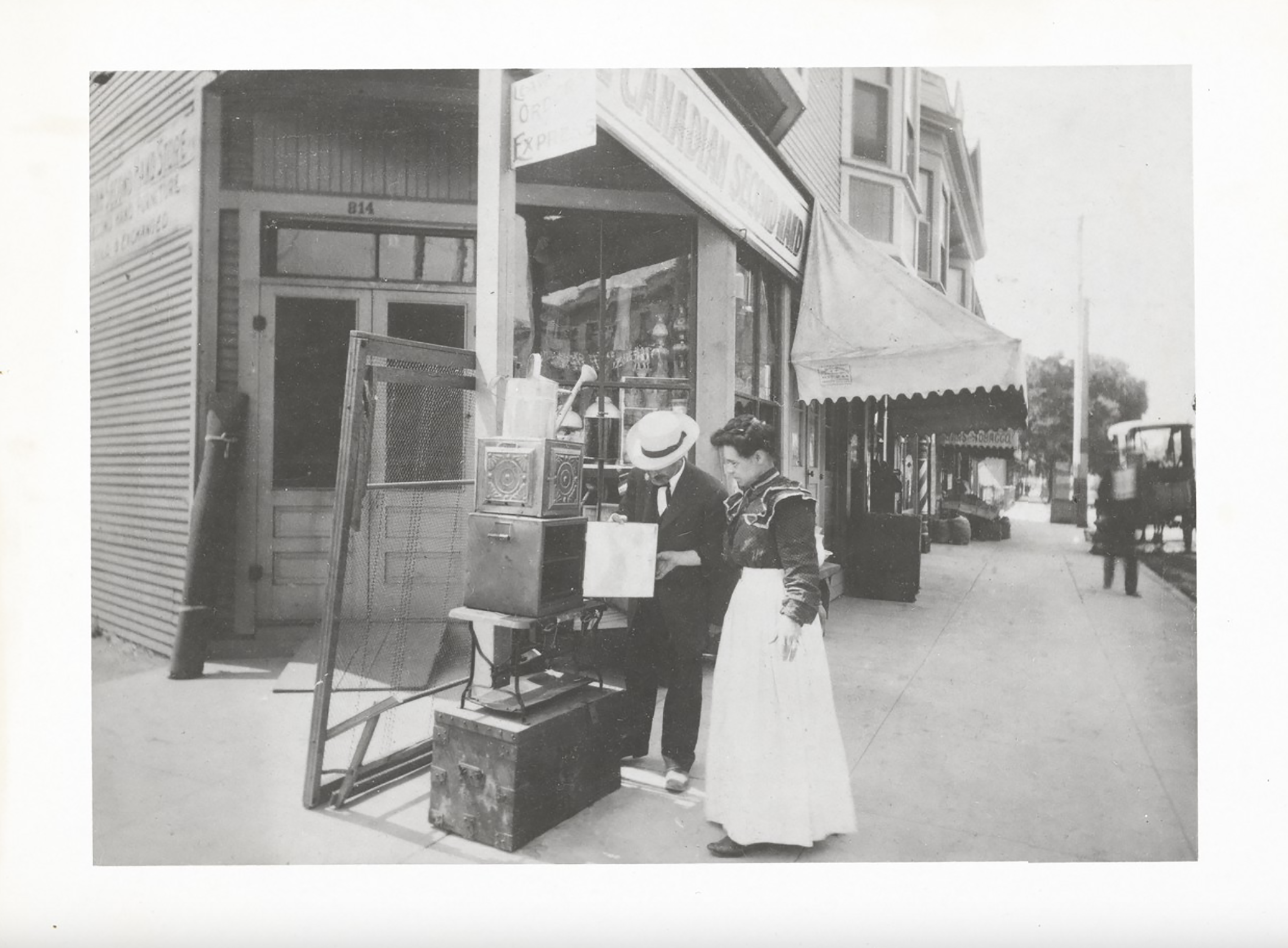 Ada Pinkston also included archival images of African American residents in 19th-century Los Angeles to revolve around the orb. While she admits there are very few images of laborers and people of color in the archive, her role as an artist offers room for creative interpretation. “As an artist I think I have a lot more flexibility to rerender the past because I am not looking at it as a historian or archeologist or anthropologist,” Ada says. “I am thinking through how to humanize an experience in a way that also makes it a little bit more accessible.” Through her research, she was able to utilize court documentation to fill some gaps in the visual archive to help her animate and reinterpret these historical moments. 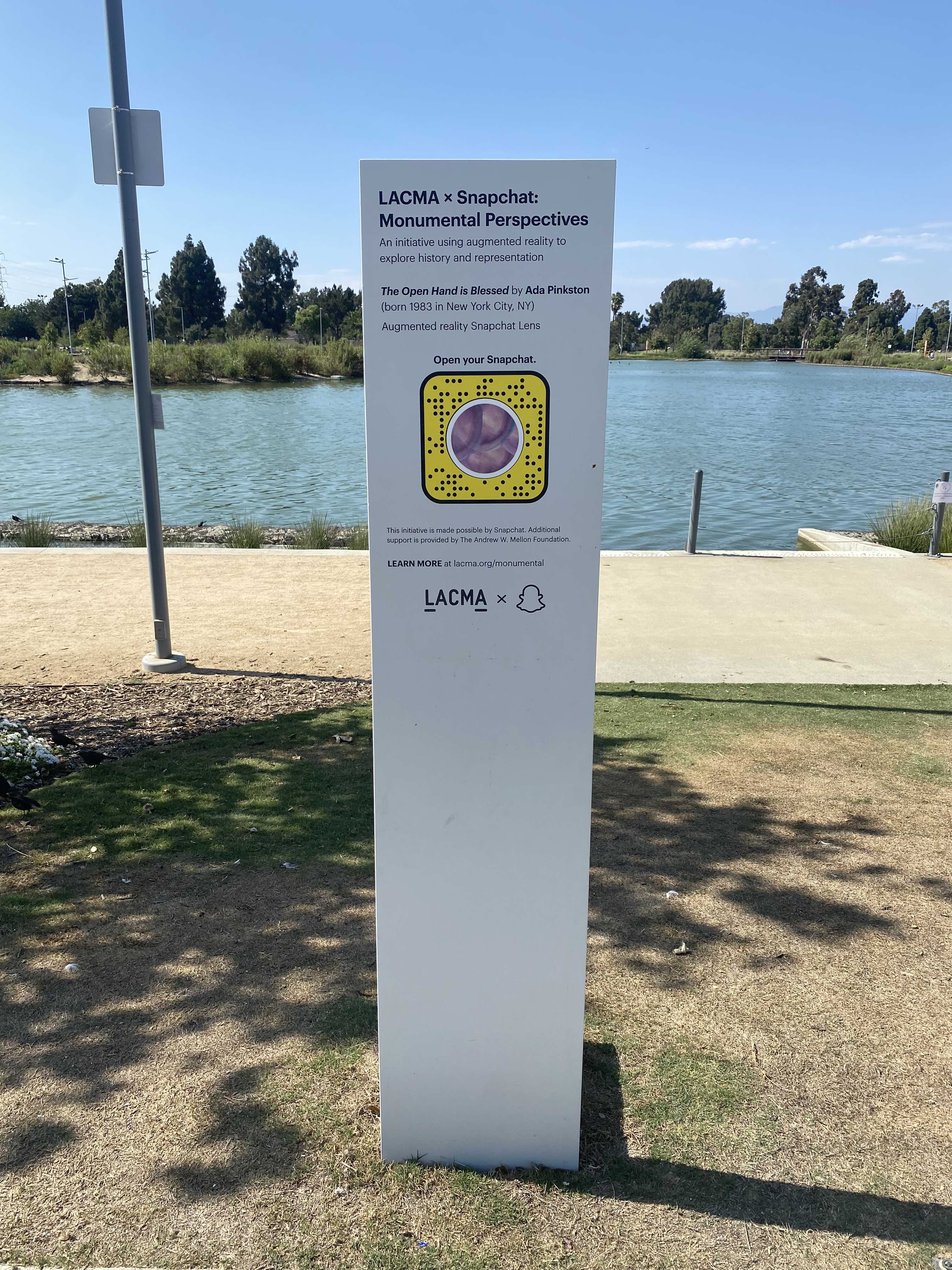 Located at Earvin “Magic” Johnson Park, The Open Hand is Blessed is situated right above the lake closest to the recreation center marked by a gray sign with a bright yellow Snapcode. Ada purposefully selected this location so the user could interact with the water while facing downtown Los Angeles, where Biddy Mason’s home is commemorated by the Biddy Mason Memorial Park. “AR has a lot of potential for having a space for public interaction and conversation outside of this brick and mortar architecture that we usually see in monumental spaces,” Ada shares. Often, Ada asks herself: What does a monument for all people look like, and where would that monument be? AR pushed Ada to discover new ways of activating these empty spaces. “I view these spaces as metaphors for the silences that exist in history,” she explains. With the heightened discussions around monuments and public spaces, Ada continues to reimagine the spaces where these monuments once stood.

Ultimately, Ada wants people to think about what other gaps there are in the stories of the past. “I really want users to go through and do their own research after experiencing the lens. I want users to feel intrigued. I want them to feel more knowledgeable and a greater sense of agency around doing their own research of where they live.” It’s true her AR lens joins her ongoing projects encouraging people to reimagine and research the ways people live and pass down history.

In celebration of the life and legacy of Biddy Mason, LACMA presented Poetry in Color: A Virtual Slam on Sunday, August 15, 2021 in conjunction with Ada Pinkston’s The Open Hand is Blessed as part of LACMA × Snapchat: Monumental Perspectives. Featured poets included Funmilola Fagbamila, Tonya Ingram, and Dara T. Mathis. The event was hosted by Tyree Boyd-Pates, Associate Curator of Western History, Autry Museum of the American West, with an introduction by Cheryl Cox, descendant of Biddy Mason.