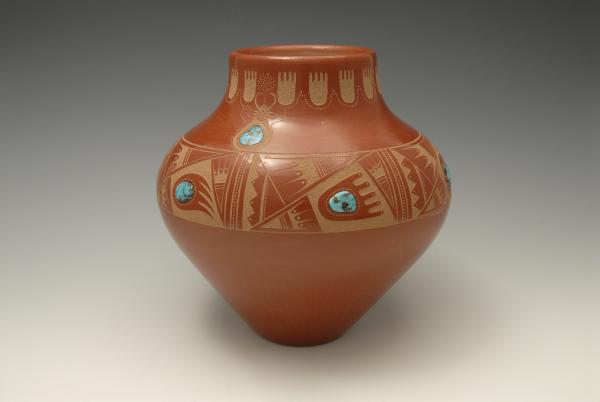 LACMA is thrilled to announce the Reiter Family’s promised gifts of 109 Indigenous American artworks representing a wide range of geography, time, and media. Among the gifts is a group of 82 exceptional Southwestern ceramic works, produced by several of the great potters of the 19th and 20th centuries. These pieces are complemented by gifts of paintings and drawings from many of the same Pueblos, as well as Pomo feather baskets from northern California, notable wood carvings from the Pacific Northwest, and several ancient Indigenous works from Meso- and Central America.

The collections trace two of the most important pottery lineages in North America, and include fine examples from the major pottery centers of the Southwest. These thoughtful selections are evidence of the Reiters’ discerning and informed approach to collecting, developed over decades. The Reiters began by collecting contemporary works in the late 1980s, and often met the artists through their regular visits to the annual Santa Fe Indian Market and other venues. As their expertise and confidence grew, they worked backward through generations. Yet their relationship with these works was emotional as well: They valued each artist’s masterful integration of pattern and form, and the rich narratives embedded in their works. 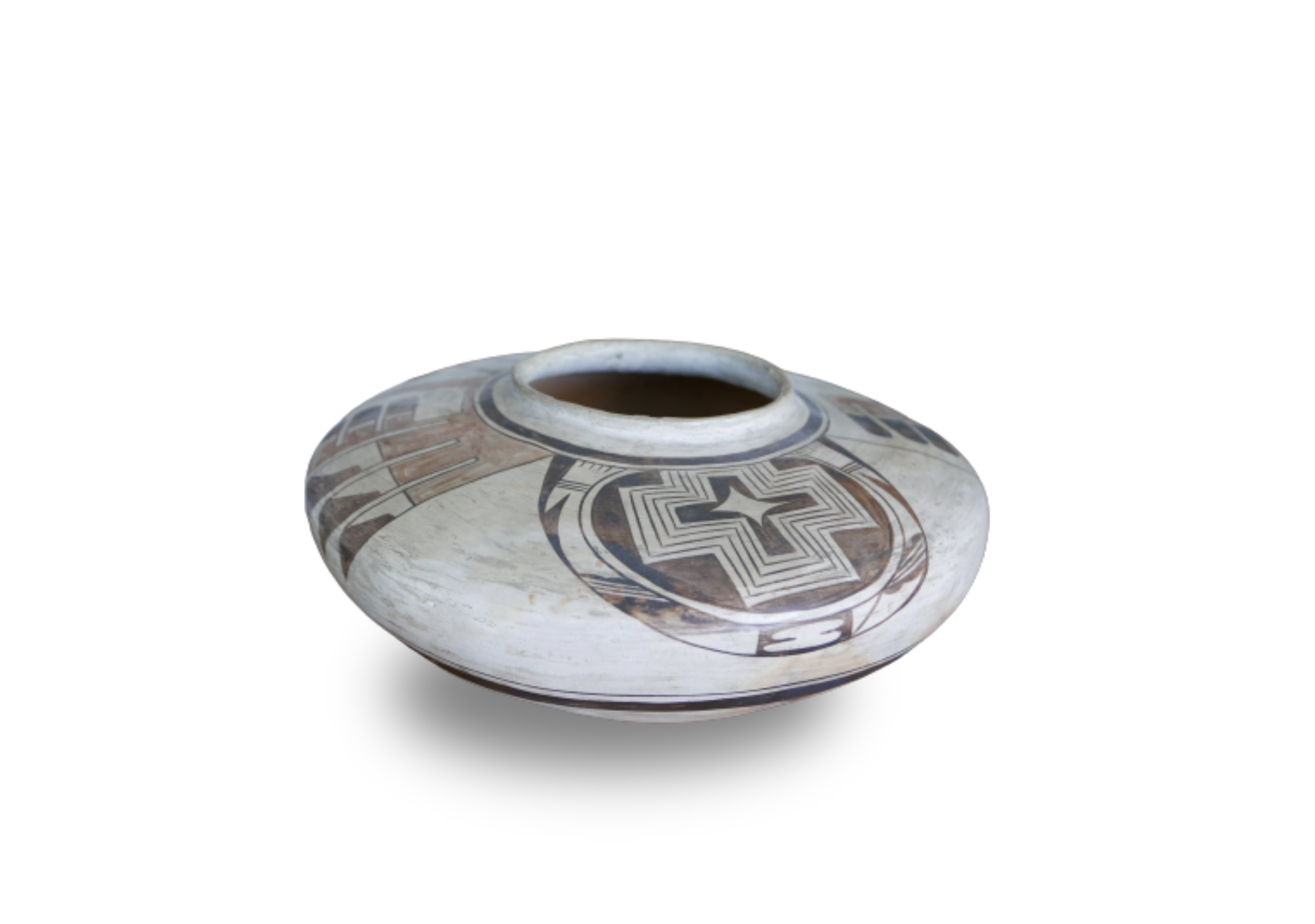 The Reiter Family collections of Pueblo ceramics document the revival of ancient Pueblo iconography and forms in the late 19th century as well as the lineages they inspired in the 20th century. This story starts 300 years earlier, in 1680, when the Pueblo peoples of the Southwest united to overthrow their Spanish colonizers, albeit temporarily, in the great Pueblo Revolt. In 1692, the Spanish returned with vengeance, re-establishing their dominance in the region. In response to Spanish retribution, many of the inhabitants of Tewa Pueblo of the northern Rio Grande fled, finding refuge at the Hopi First Mesa, which was nearly 400 miles to the west and largely beyond the reach of Spanish influence. In the late 19th century, a descendent of these refugees, Nampeyo of Hano, was inspired by the abundant Sikyatki ceramic fragments she encountered at First Mesa produced about four centuries earlier. The Nampeyo works in the Reiter Family collections are testaments to the ancients of First Mesa, as well as to her own skill and innovation. Pots made by her descendants—Fannie and Dextra Nampeyo, and Steve Lucas—as well as other potters such as Helen Naha and Mark Tahbo demonstrate how this tradition thrived and developed in response to Western demand over the course of the 20th century. 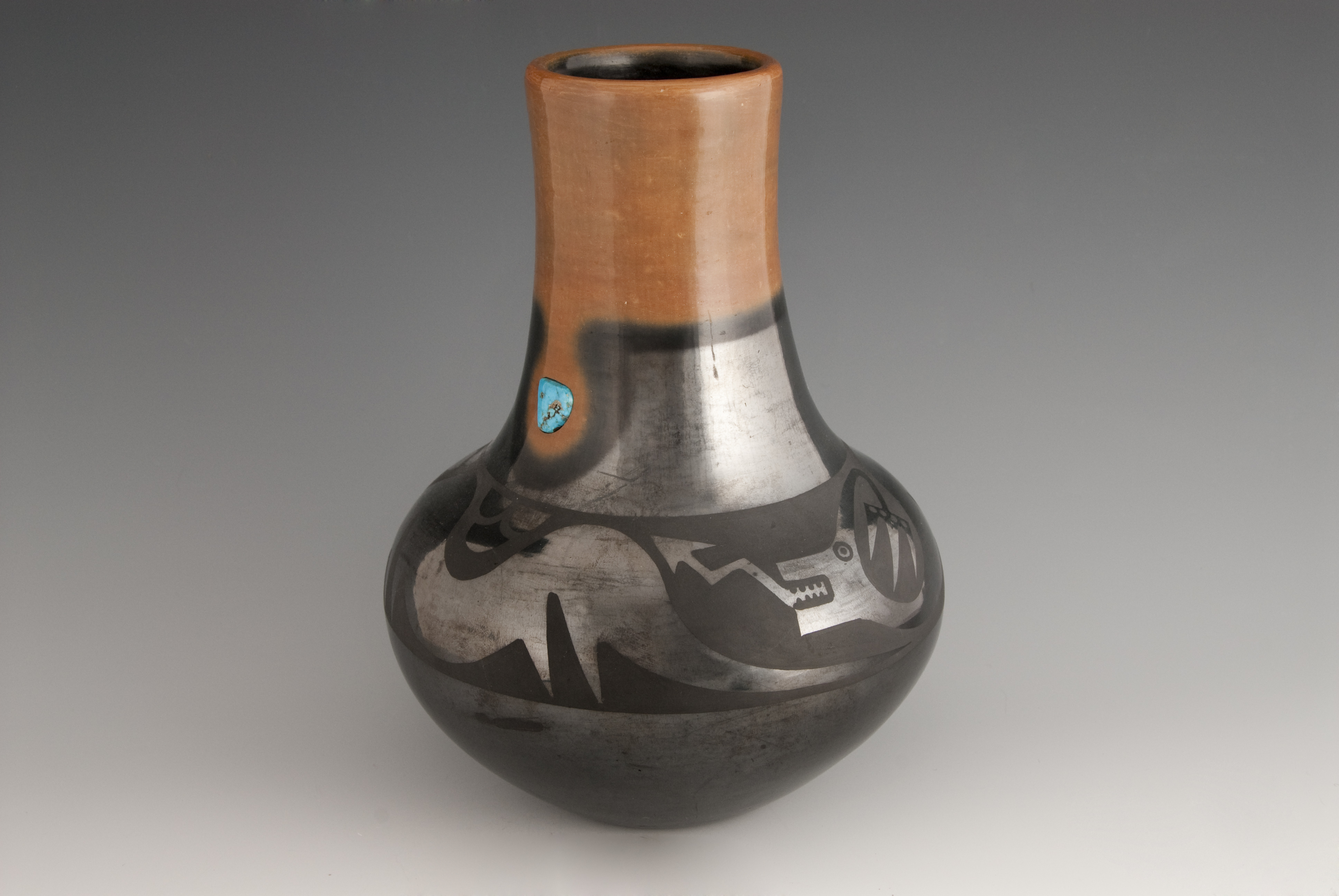 Many Tewa remained in the northern Rio Grande region, however, and in the early 20th century, two of their descendants, Maria Martinez and her husband Julian Martinez, likewise found inspiration in the ancient pottery sherds scattered in and around San Ildefonso Pueblo. Initially trained in traditional pottery making techniques by her aunt Nicolasa Montoya, Maria, together with Julian, invented new firing methods that gave their pottery its signature jet black and gunmetal tones. Many of Maria’s pots in the Reiter Family collections display the Avaynu plumed serpent, which possibly references Tewa ancient origins in Mesoamerica and is depicted in rock art at sacred sites in the northern Rio Grande region. Maria’s influence is evident in the seven pots in these collections produced together with her son, Popovi Da (pronounced “day”) in the 1950s and 1960s. It is her grandson Tony Da, however, who is best represented in the Reiter Family collections. His nine works, incorporating elements such as turquoise inlay and knapped arrowheads, reflect his dynamic skill set as a potter and painter. 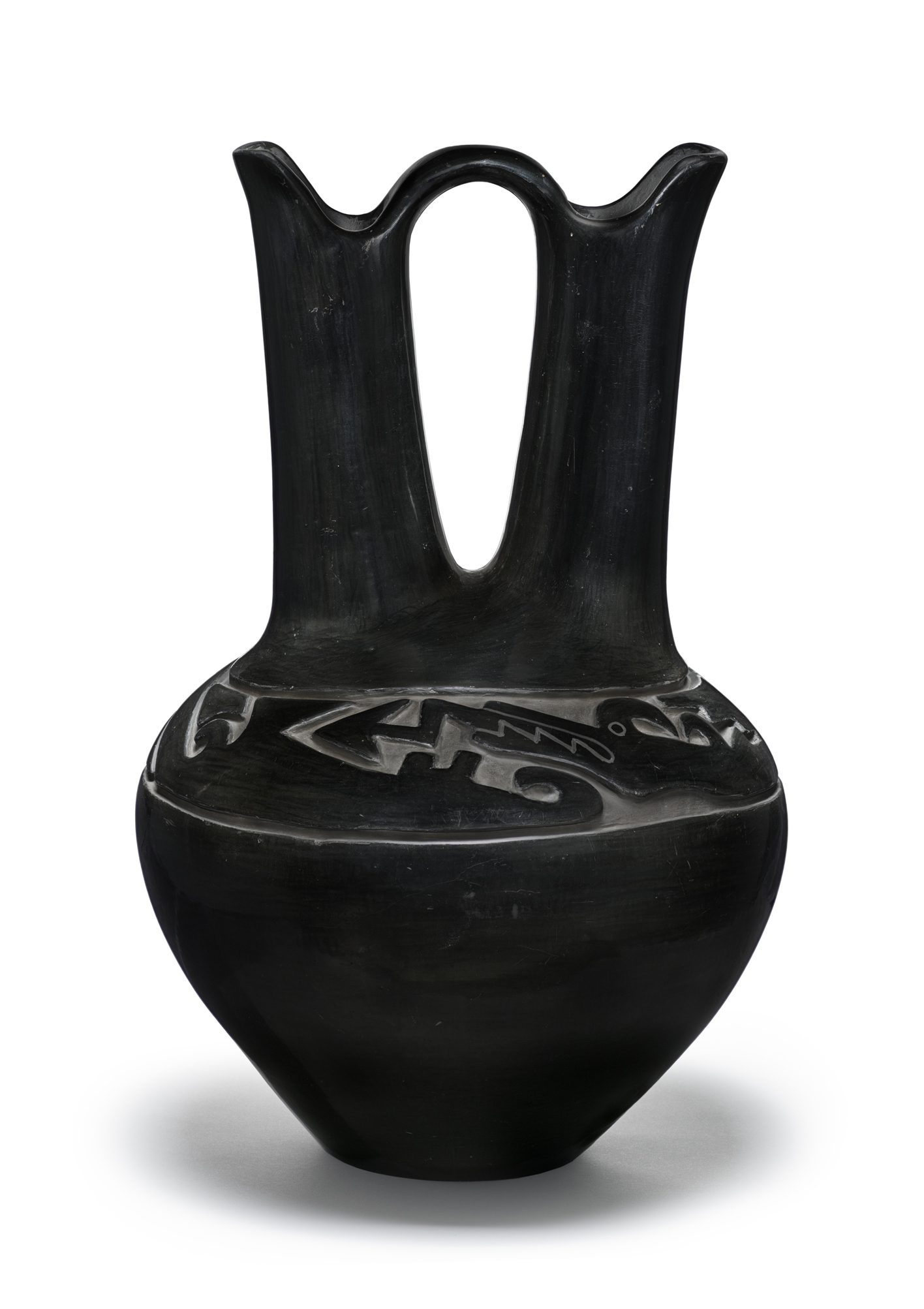 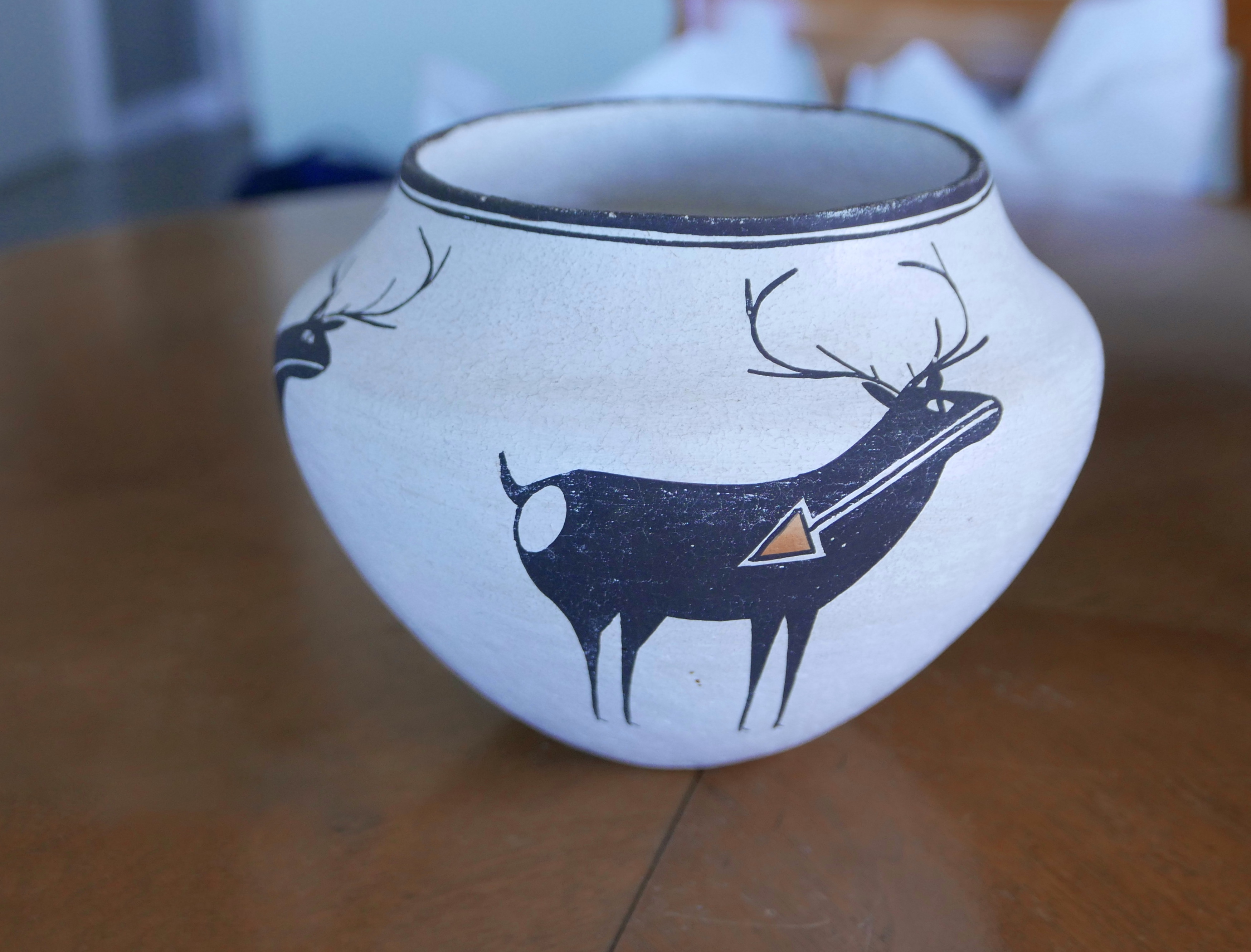 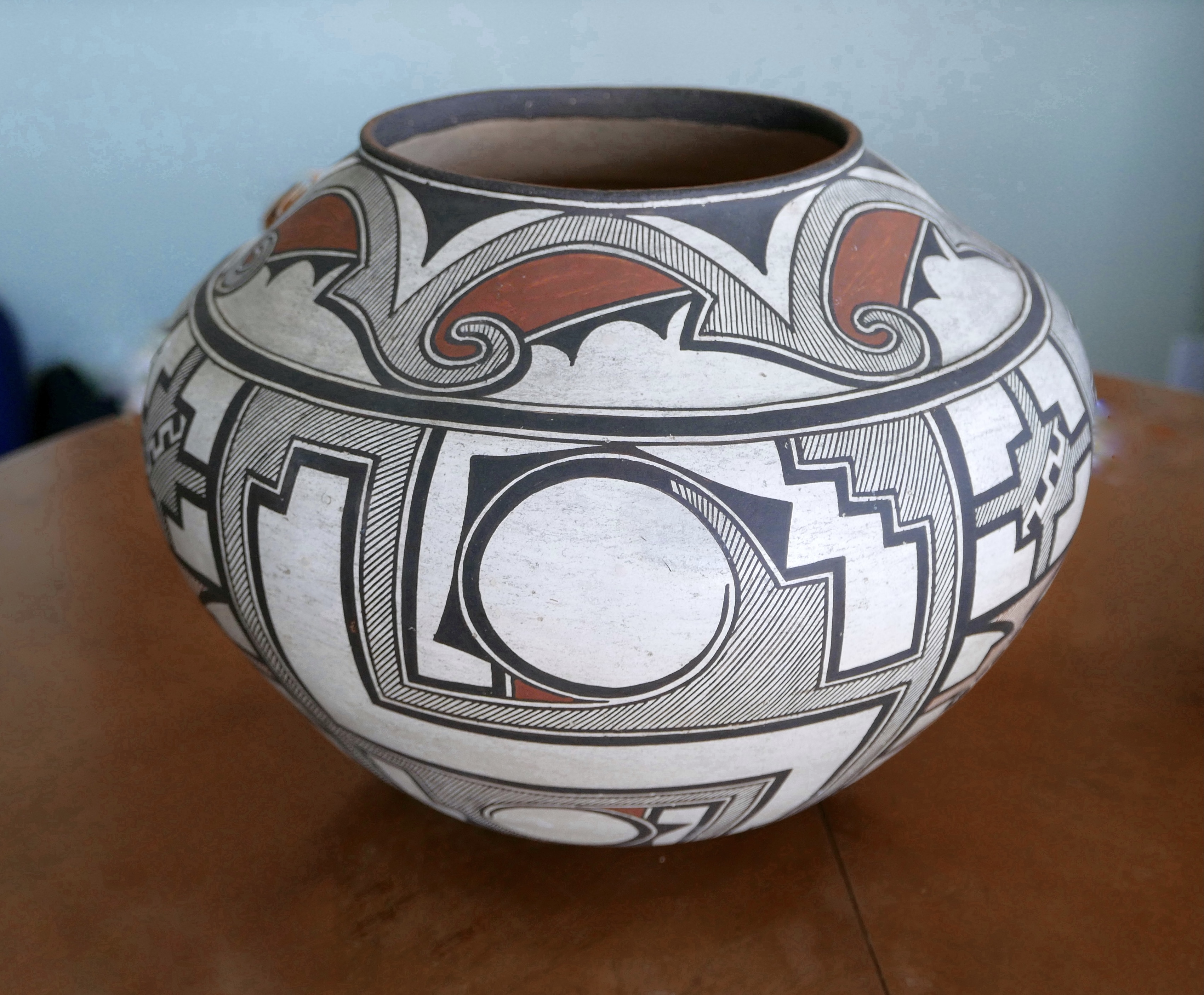 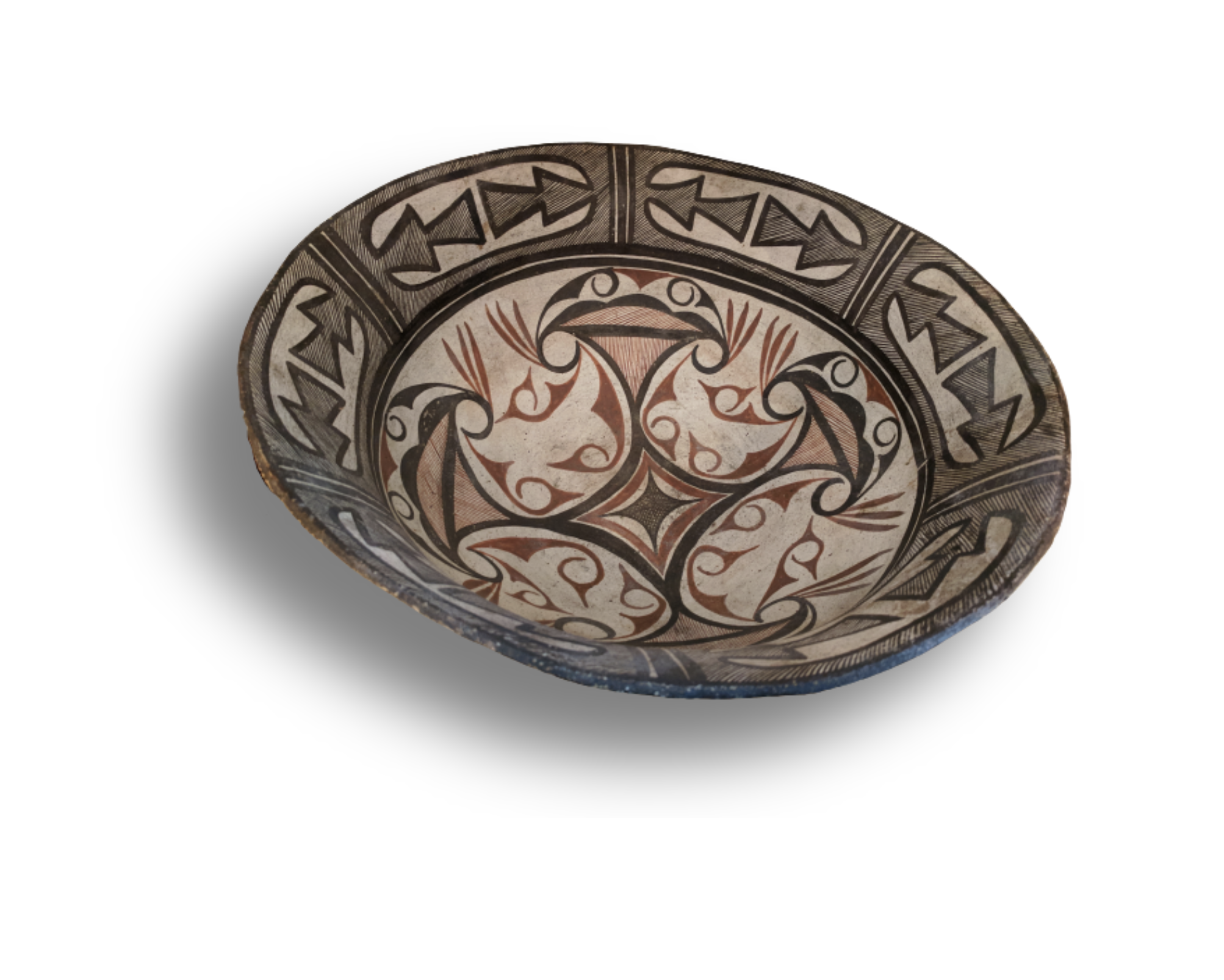 The works that correspond to these historically important lineages are complemented by numerous pieces from notable potters from several other Pueblos of the region. Included in the Reiter Family gift are a group of pots from neighboring Santa Clara Pueblo, produced by renowned artists such as Margaret Tafoya, Teresita Naranjo, and Dolores Curran. Polychromes by Barbara and Joseph Cerno, Lucy Lewis, and Rose Chino Garcia are prime examples of pottery made at Acoma Pueblo from the 1960s through the 1990s. The works by Zuni potter Tsayutitsa are unmistakable for their size, thin walls, and precise painting, while one pot by We'wha (also from Zuni Pueblo) is a rare example of Lhamana (“two spirit” people who are male-bodied, but who take on social and ceremonial roles of women) pottery, and offers insight on connections between conceptions of gender and ceramic production in the Southwest in the 19th century. 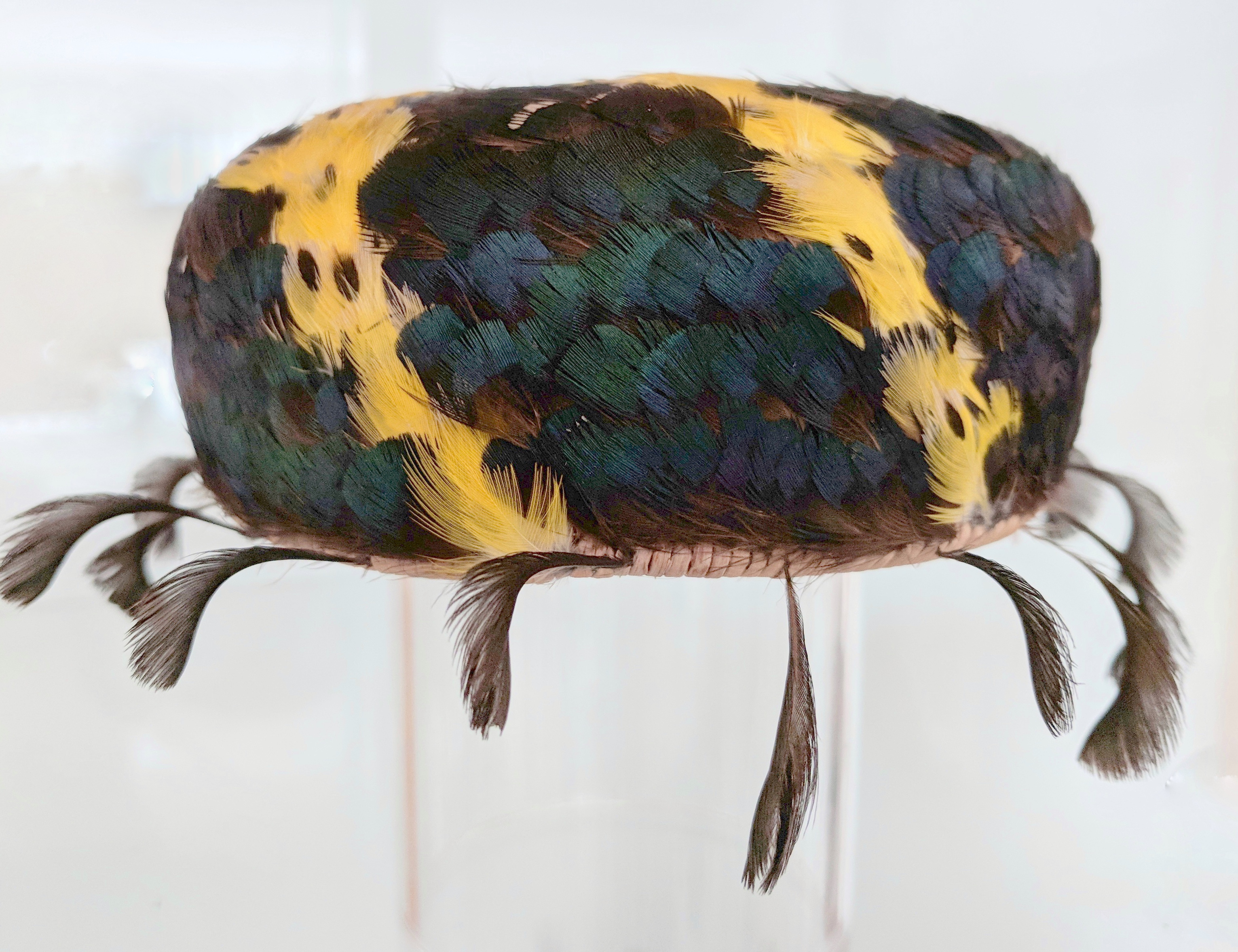 The Reiter Family collections are both historically and institutionally significant in several regards. Many of these works represent seminal moments when the Indigenous peoples of the Southwest began recuperating their traditional culture and integrating themselves into the Western art world. The works by the descendants of Nampeyo and Maria Martinez in particular reflect the living traditions that bridge the ancient with the contemporary, while We’wha’s work reflects changes in perception of ceramic work relating to gender. This gift presents exciting opportunities for ongoing and upcoming collaborative projects with descendent communities. The ancient Meso- and Central American works join a large collection of complementary artworks already in stewardship at LACMA, and will benefit from the experience and renown of ongoing Ancient American programming by the museum. In promising these works to LACMA, the Reiters wish to share with the wider public the powerful stories and artistic legacies of Indigenous American artists that so inspired them.