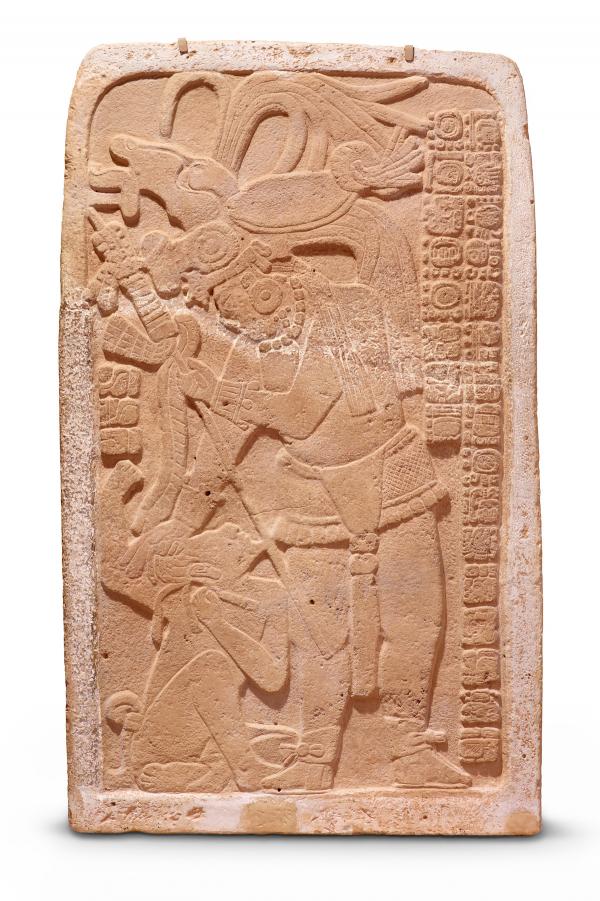 The La Mar Stela 3—a carved stela (standing stone monument) dedicated in 795 CE by the ruler of a small Maya kingdom in Chiapas, Mexico, known today as La Mar—is a remarkable work that was on long-term loan to LACMA since 1981. After decades of life in Los Angeles for the stela, joint efforts amongst many parties, including the museum, the Consulate General of Mexico in Los Angeles, and the Instituto Nacional de Antropología e Historia (INAH) have made possible the repatriation of the stone to Mexico, where it was reunited with Stela 1 and a fragment of Stela 2 from the same site.

As with many monuments from the Maya area in foreign collections, some important pieces of context surrounding it might be forever lost, and we do not know with certainty when the stela was removed from its original location, or precisely where that might have been. There is no doubt, however, that the stela comes from La Mar: the Austrian explorer Teobert Maler first photographed and documented the monument in situ in 1897.

By 1961, it had been acquired by a Los Angeles art gallery, and it was exhibited by a number of museums and galleries, including at the Pasadena Art Museum (now the Norton Simon Museum) and the Bowers Museum in Orange County. The stela was then displayed more or less permanently from 1981 on LACMA’s campus until its recent return. We are pleased to have collaborated on this diplomatic effort to see the monument’s return to Mexico after its long presence in the United States.

La Mar Stela 3 will ultimately reside in the Museo Regional de Chiapas in Tuxtla Gutiérrez, close to where the monument was originally dedicated. The site of La Mar, located in the Usumacinta River Valley of Chiapas, Mexico, was a small kingdom allied with the nearby regional power of Piedras Negras during the Late Classic period (c. 600–900 CE). The monument now known as La Mar Stela 3 was dedicated in 795 CE by the ruler of this kingdom, who is depicted in warrior’s regalia grasping a spear in his left hand and the hair of his captive in his right. The text describes the captive as a lord from the rival city of Pomona who Piedras Negras defeated the same year this stela was dedicated, indicating that La Mar played a key role in this political affair. La Mar Stela 1 describes the exploits and successes of the same ruler.

In September of last year, the stela returned to Mexico, coinciding with a national celebration of the country’s rich cultural heritage, the major exhibition La Grandeza de México (The Greatness of Mexico), currently on view at two locations in Mexico City. La Mar Stela 3 is now on display alongside Stela 1 and a fragment of Stela 2 in the Salón Iberoamericano of the Secretary of Public Education. To have these monuments reunited illuminates for local audiences the rich history and lengthy artistic tradition of the region. We consider this outcome as worthy of celebration, as it represents LACMA’s commitment to the ethical stewardship of cultural heritage objects and to building relationships with Mexico and other countries of origin. 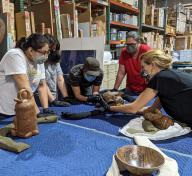 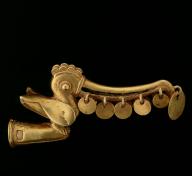 Explore Indigenous Colombia Across Space and Time in The Por
March 24, 2022