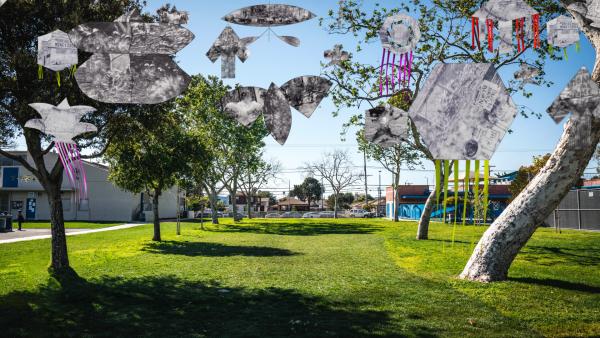 Earlier this month, LACMA and Snap launched the three new augmented reality (AR) monuments as part of LACMA x Snapchat: Monumental Perspectives to explore monuments and murals, representation, and history across the region. The second group of artists, Judy Baca, Sandra de la Loza, and Kang Seung Lee, examines changing landscapes and memory as a way to connect the past and the present through augmented reality experiences.

In la revolución es la solución! Lee engages with recent history through a methodical process of redrawing imagery from community-based archives. Lee wishes to amplify the voices and actions of activist leaders who have worked across racial and class lines to rebuild their communities. The project was originally conceived for the 25th anniversary of the 1992 Los Angeles Uprising and is reconfigured to document the ongoing work of the Latasha Harlins Foundation, K-Town ’92, Mothers Reclaiming Our Children (Mothers ROC), as well as CARECEN’s (Central American Resource Center previously the Central American Refugee Center) important role in bringing to light the mass deportations in the wake of multi-ethnic protests. Lee uses the transformational and lyrical qualities of animation to map virtual kites onto the sky. These kites flutter between the pain of the past and the hope for alliances and actions across communities, now and into the future.

For today’s post, Lee invited Yansi Pérez, Associate Professor of Spanish and Latin American Studies at Carleton College, to write about detention and deportation during and after the 1992 Uprising. Pérez’s research and teaching interests are in the field of modern and contemporary Latin American cultural studies, literature, and film. The problems that she addresses include the relationship between literature, ethics and politics, the problematic relationship between the artistic and political avant-gardes, and the centrality of the concept of mourning in relation to memory and historical trauma. Her book Más allá del duelo: Otras formas de imaginar, sentir y pensar la memoria en Centroamérica was published in 2019. 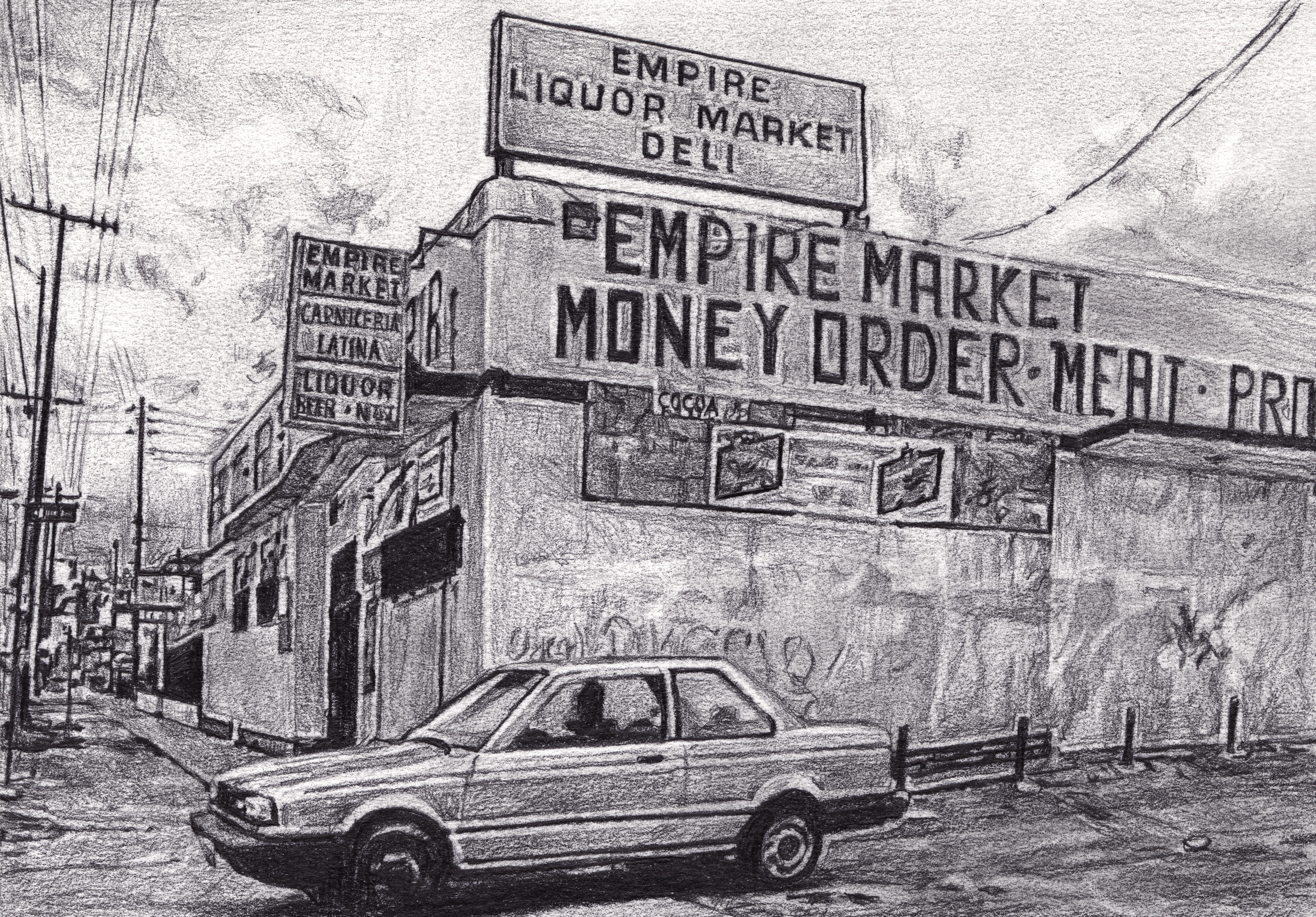 When one arrives in a new place, one does not only discover a new geography, a new space, but also new temporalities, and the difficult dynamic arrived at through agreements and through conflicts and tensions that configure the coexistence of different communities in an urban space. Perhaps one of the most dramatic and agonizing moments that the Central American community has faced in Los Angeles is the L.A. Uprising in 1992 after the infamous verdict acquitting the police officers involved in the brutal beating of Rodney King. During the upheaval, the parts of the city most affected were South Central, the Pico Union neighborhood, and Koreatown. As it happens, many Central Americans lived in these neighborhoods. Shops were burned down, the police unlawfully detained and deported innocent bystanders, and chaos reigned for a few days. The police protected the Westside neighborhoods, but in the meantime, poor Black, Korean, and Central American residents suffered the destruction. An event such as the Uprising of 1992 is easily found in any contemporary history of Los Angeles or even of the United States. However, the transformation of this event into a document or a monument, into a milestone that cannot be forgotten in any writing of the city’s history with a capital H, does not make it any less relevant to a reconstruction of material memory of a community. This event undoubtedly marked a “before” and an “after” in the manner in which the Korean and African American communities coexisted in this city and the manner in which ethnic groups settled in the urban space. The task, then, that this type of event imposes on material history is the rescue of other layers of meaning, other experiential sediments that suffered the impact of this event but whose memory has not been recorded in the official record. The temporality of politics and biographical time collide. By reconstructing these events through a notion of material memory, we have to establish that the political event that the books commemorate was constructed upon the erasure and destruction of other material sediments that served to organize and give meaning to the biographical time of many eyewitnesses.

If in revolutions the written word precedes reality, then words, discourses, and ideas come before action. In revolts, however, the actions of hundreds of men and women occur before words or images have proposed a codification or a way to make these actions legible. To recover the history of a revolt, to trace its cartography, requires putting together a puzzle that comprises every history, composed of hundreds of pages torn to pieces where desires, aspirations, dreams, as well as frustrations and resentments come together. The ripped pages are not discourses or ideologies but the blood, sweat, and tears which constitute the magma with which history is written, especially if this history was born out of a protest or an insurgency against an established order that is considered arbitrary, unjust, or tyrannical.

In Kang Seung Lee’s project, we don’t see an attempt to create a unique, holistic, or coherent narrative with the hundreds of pieces of paper flying in the air. It is not an attempt to create a History (with a capital H) of the L.A. Uprising with the tattered flying pages because that would be a betrayal. The many flying shreds of paper in his piece, when they come together to compose a whole, appear first as kites and then as a commemoration of a place, person, or event.  The kites—the Chinese   invention that came to the West during the 12th century and that is known in the Spanish-speaking world as “papalote,” a word with Nahuatl origin, papalotl, which means butterfly—allows the viewer, in dialogue with the wind, to trace an itinerary; to invent a choreography for its movement. That is the type of “stories,” in plural and with small letters, that we can tell with revolts.

One of Lee’s kites recreates a packet of information and sworn statements found in the Special Collection files at the University of Southern California. It was compiled and prepared by the Central American Refugee Center in 1992 and presented in the investigation of the joint LAPD/INS activities in the aftermath of the Los Angeles upheaval of that year. This dossier contains a list of names, a small sample of the more than 700 people of Central American origin who were detained and deported during the period of the uprising, and of the more than 100 who were still being detained at that moment and requested a hearing before a judge. What we have left of these people are their first names and the first initial of their last names, and the illegal circumstances under which they were detained. The other side of history that emerges in these declarations can be summarized with the following passage from Remnants of Auschwitz by Giorgio Agamben:

What momentarily shines through these laconic statements are not the biographical events of personal histories, as suggested by the pathos-laden emphasis of a certain oral history, but rather the luminous trail of a different history. What suddenly comes to light is not the memory of an oppressed existence, but the silent flame of an immemorial ethos- not the subject's face, but rather the disjunction between the living being and the speaking being that marks its empty place. Here life subsists only in the infamy in which it existed; here a name lives solely in the disgrace that covered it. And something in this disgrace bears witness to life beyond all biography. (143)* 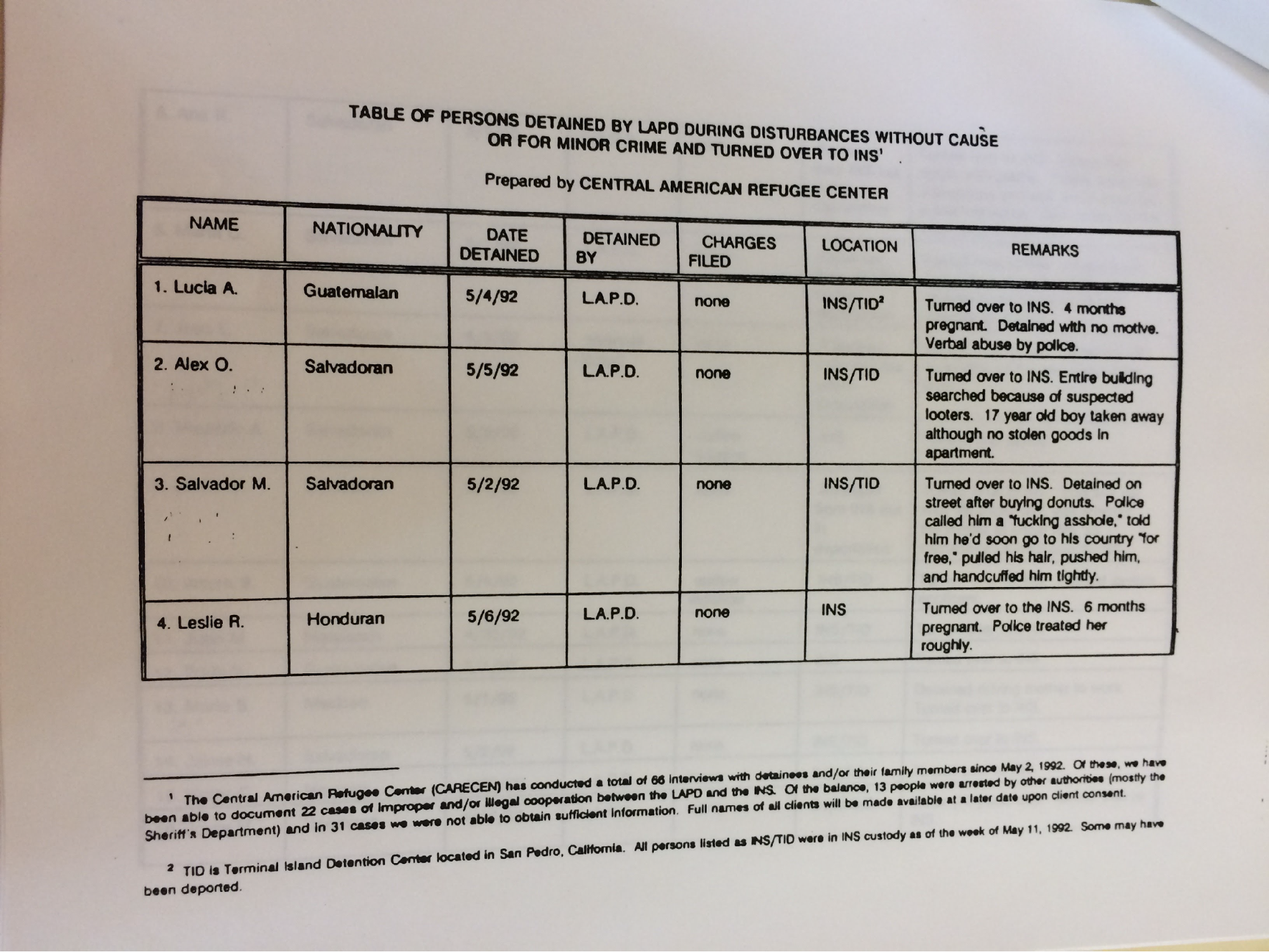 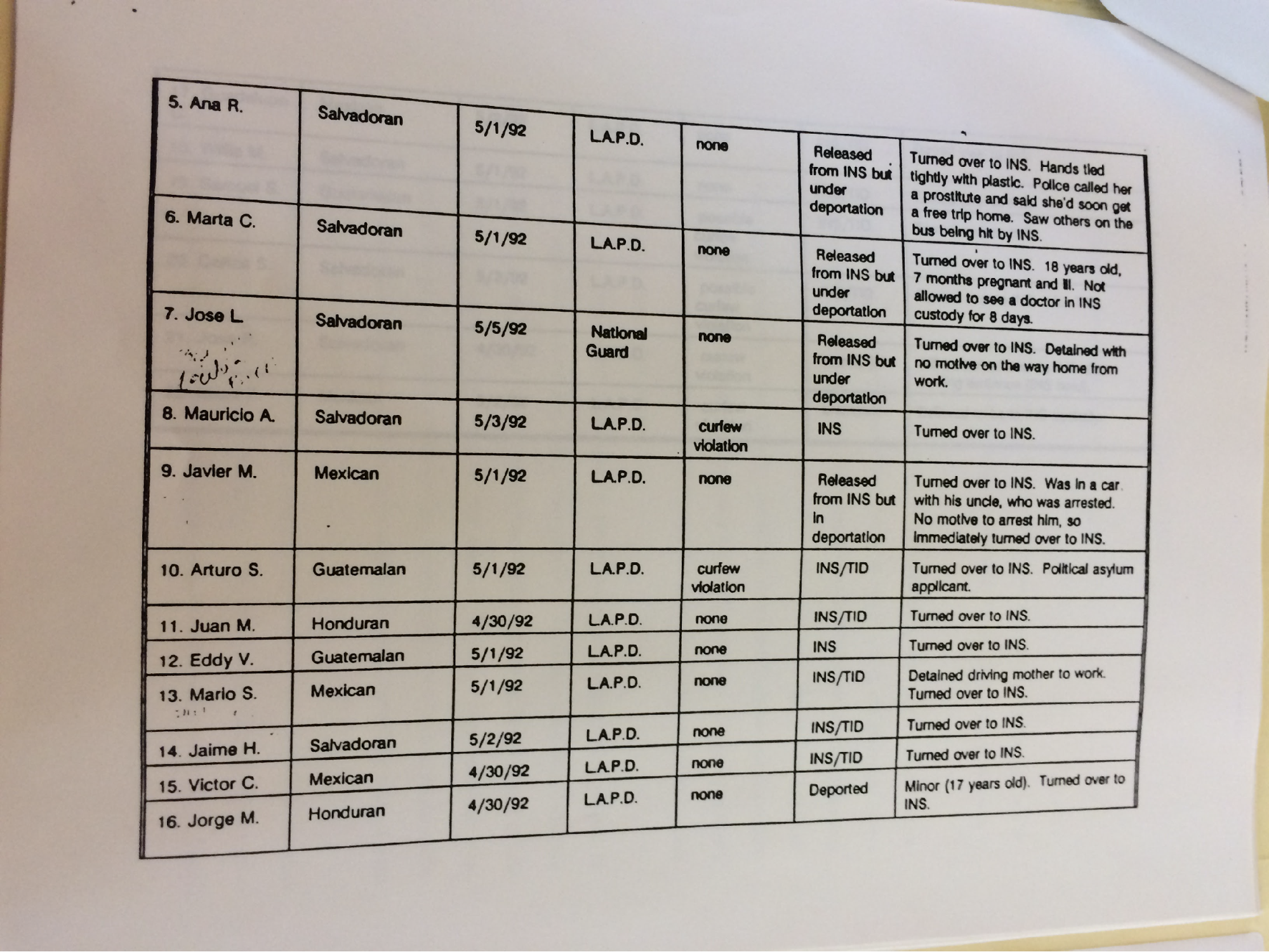 The layers of experience that live behind the monuments and the documents, the way in which biographical commemoration collides with historical commemoration, and the story of a tragedy that transcends and is more expressive than any biography, are the three principal traits that configure the concept of material history that I believe must be used to write the history of an event such as the Los Angeles Uprising of 1992. Just like the kite that recreates the dossier, each one of Lee’s kites recreates an image of one of the sites of memory, to use Pierre Nora’s terminology, that constitute the imaginary of the revolt that occurred in Los Angeles in 1992. As part of the project Monumental Perspectives, through the use of Augmented Reality (AR), we see a creation of potential monuments and commemorations related to the history of L.A. that has been silenced. Real monuments are an essential part of the pedagogy of a nation and the patriotism that all countries construct in order to create a monolithic past usually told by the victors of history. In Lee’s project, the kites create a virtual and contingent monument through which the power that lies in the past finds a voice and a face in the present. The kites permit the past to move, dance, and draw new paths in the sky of L.A. It is a past that does not allow itself to get trapped in the monolithic fiction of real monuments as it is indomitable and keeps the spirit of insurgency alive.